By the end of 2014, Tuborg beer will surpass Carlsberg as Carlsberg Group’s most sold Danish beer in the international market. 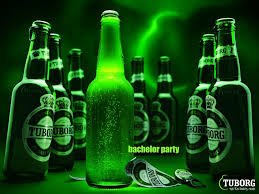 Tuborg is powering ahead in markets like India, China and Turkey, With 12 million hectolitres sold so far this year, it is expected to equal Carlsberg’s international beer sales by the end of December. The brewery giant revealed in April that it now sells five times as much Tuborg in China than it did during its first year on the market.

“We are seeing huge gains in Turkey and Israel,” Graham Fewkes, Carlsberg’s head of global sales, told Jyllands-Posten newspaper. “Sales in India have risen by 56 percent and by 158 percent in China.”

“It’s happened quicker than we thought, but Tuborg perfectly fits markets that have a lot of young people and a growing middle class.”