The Royal Danish Embassy in Bangkok hosted Saturday 25 March 2017 the annual Garden Party organised by Scandinavian Society Siam. Around 80 SSS members and their friends had a great evening in the capable hands of Danny California and his band which showed an impressive versatility from entertaining with jazz during the dinner to letting it all loose with Rock’n Roll for the dance afterwards.

The Scandinavians knew as usual how to have a good time and started the dancing even in-between the main course and the desert. Thordur Adalsteinsson was the key party organiser who welcomed the guests and thanked Danish Ambassador Uffe Wolffhechel for his hospitality in allowing us to use the court yard of the embassy. Later, SSS Chairman Lars Andersson also thanked him and gave him a gift from the close to 100 year old society. 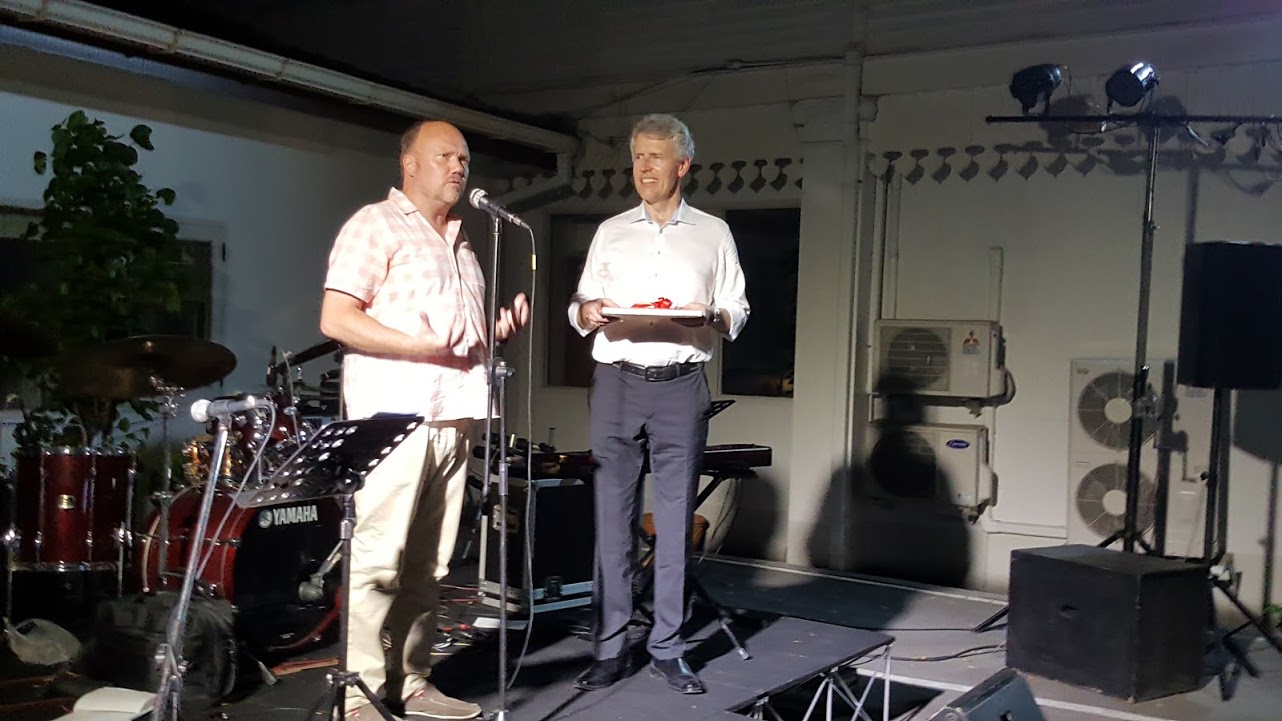