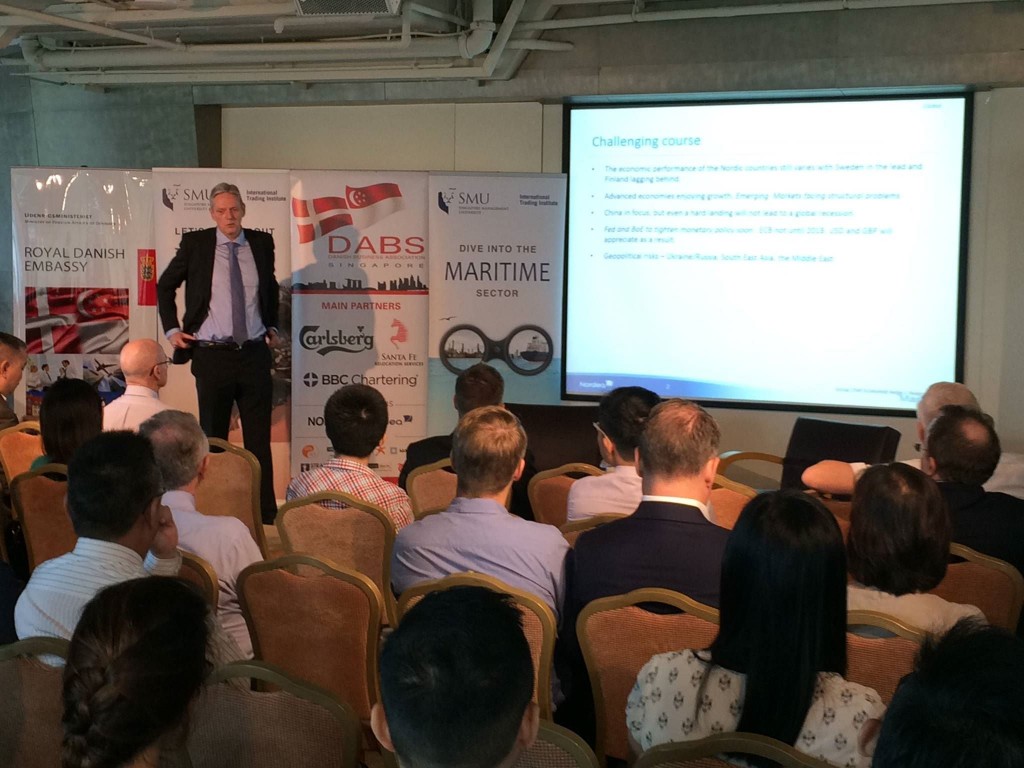 On 17 November DABS – Danish Business Association Singapore, Nordea Markets in Singapore and the Danish Embassy hosted a joint lunch event at Singapore Management University on the global economic outlook. The speaker of the lunch talk was Nordea Danmark Chief Economist, Helge Pedersen, who shared his insights on the future of the global economy and the challenges we face.

Helge J. Pedersen has more than 30 years experience in the financial sector and has been Group Chief Economist at Nordea since 1999. Helge has also been teaching Economics at both the University of Copenhagen and CBS for many years, and has written textbooks and numerous economic articles. Helge is also a blogger for the Danish newspaper Borsen and is one of the most cited Danish economist. He  follows the developments in both the Danish and the international economy – and has been a longstanding member of the Conference Board where he served as chairman for the European Economic Council 2006-08. He is also the Danish representative with EMAC (Economic and Monetary Affairs Committee) under the European Banking Federation.