Lundin Petroleum AB (Lundin Petroleum) is pleased to announce that it has commenced the exploration drilling in the Baronang PSC, Natuna Sea, Indonesia using the drilling rig Hakuryu 11. Balqis-01 will be followed by a sidetrack, Boni-01.

Balqis-01 is a wildcat oil exploration well designed to test the hydrocarbon potential of Tertiary sands draped over a prominent Basement high. The main objectives of the well are Oligocene fluvial sandstone reservoirs in stacked four-way dip closures. Lundin Petroleum estimates the Balqis prospect to have the potential to contain unrisked, gross, prospective resources of 47 million barrels of oil equivalent (MMboe). The planned total depth is 2,130 metres below mean sea level (MSL) and the drilling and evaluation is expected to take approximately 20 days.

The drilling of Balqis-01 shall be immediately followed with the drilling of Boni-01 as a side track to the Balqis-01 vertical well with an offset distance from Balqis-01 (at TD) of 820 metres drilled to test a deeper independent stratigraphic play concept. Boni-01 is designed to test the hydrocarbon potential of early to late Oligocene fluvial sandstone reservoirs in stacked stratigraphic traps against a prominent basement high. 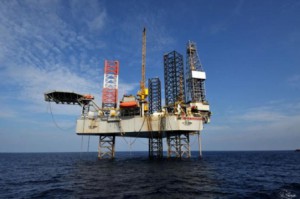 Lundin Petroleum estimates the Boni prospect to have the potential to contain unrisked, gross, prospective resources of 55 MMboe. The planned total vertical depth is 2,300 metres below MSL and the drilling is expected to take approximately 5 days.