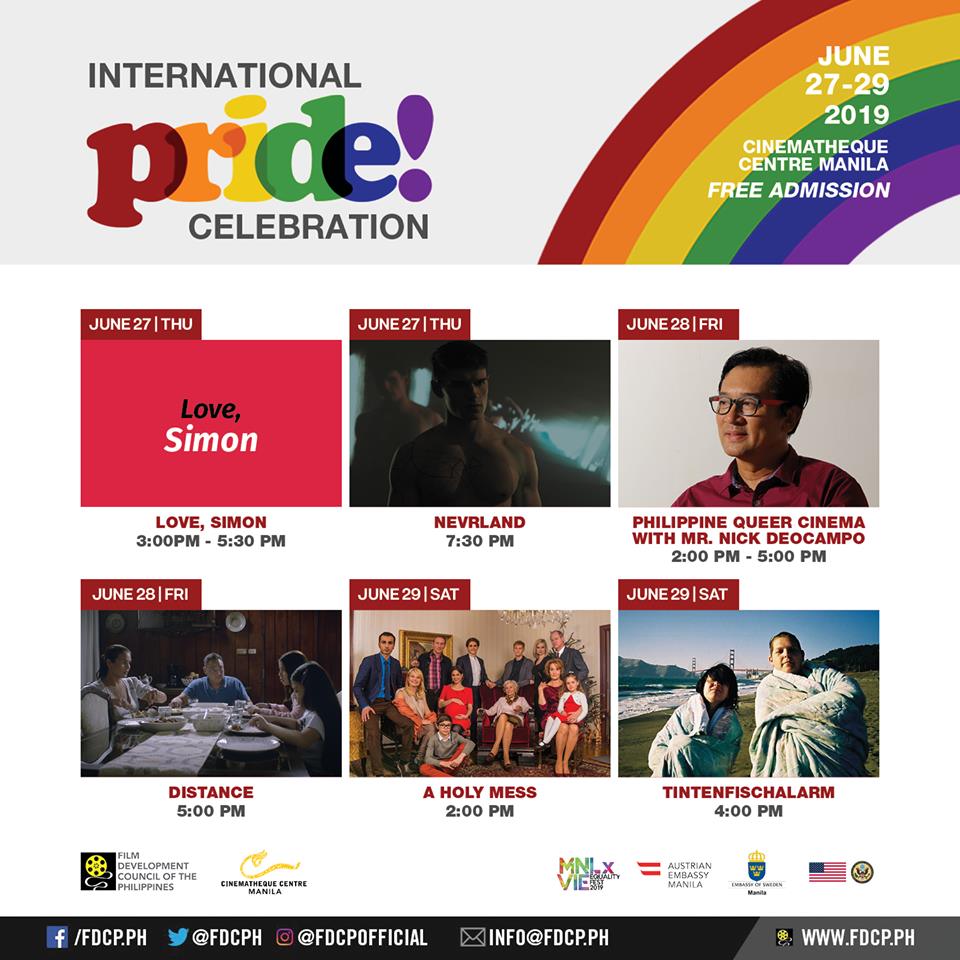 June is considered the Pride Month where several pride events are organized during this month around the world to promote the acceptance and equality in LGBT community.

In celebration of Pride Month, the Film Development Council of the Philippines in partnership with the Embassy of Sweden, U.S. Embassy and Embassy of Austria in Manila hosted the 1st International Pride Celebration that will start from June 27 to June 29, 2019.

Taking place at Cinematheque Centre Manila, a venue for exhibiting Filipino and world cinema occupied along T.M. Kalaw, on the opposite side of Taft from Roxas Boulevard near San Marcelino St, the celebration will screen a Swedish film titled A Holy Mess on Saturday, June 29 starting at 2:00 pm.

A Holy Mess or known in Swedish as En underbar jävla jul is a comedy movie premiered in 2015. Directed by Helena Bergström, a Holy Mess captures the atmosphere shifted from merry to strain when Simon and Oscar, a gay couple, try to tell their family during the Christmas Eve celebrations about their plan to have a baby.

Besides A Holy Mess, there will be the screening of five well-selected LGBT movies from countries such as Austria, the U.S. and Philippines. The event also includes a Philippine Queer Cinema discussion with Nick Deocampo, a multi-awarded Filipino filmmaker on June 28, 2019 at 2:00pm-5:00pm.

All screenings and discussion are free of charge and open to the public!