The 7th Conference on Media Development in Myanmar took place on 5 December in Nay Pyi Taw, where the Swedish Ambassador to Myanmar Staffan Herrström gave an opening speech. 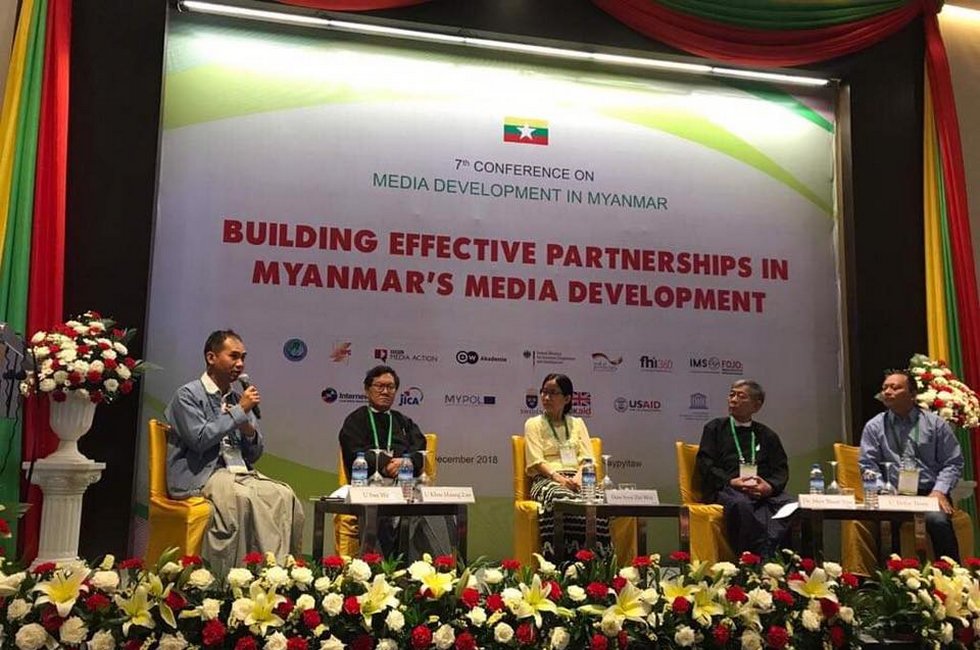 The Ambassador highlighted the fundamental values inherent to democracy and media freedom; that everybody freely can share and express their ideas and views and that every limitation to this is an exception, according to Embassy of Sweden Section Office in Yangon.
He also stated that each time a journalist faces reprisal because of doing his/her job poses a threat to democracy.

Several speakers in the conference raised the need for finalisation and adoption of the right to information law in Myanmar.

The 7th Conference on Media Development in Myanmar was held at the Park Royal Hotel.

The conference entitled, ‘Building Effective Partnerships in Myanmar’s Media Development’, focused on legislation, freedom, safety, and sustainability of the media.