The Quality Wind seminar is an initiative between Danish and Chinese governments, which started in 2014 in the form of seminars focusing on the onshore wind sector and aims to increase awareness of how more advanced technology solutions as well as operation and maintenance service can improve the performance of the wind power turbines. 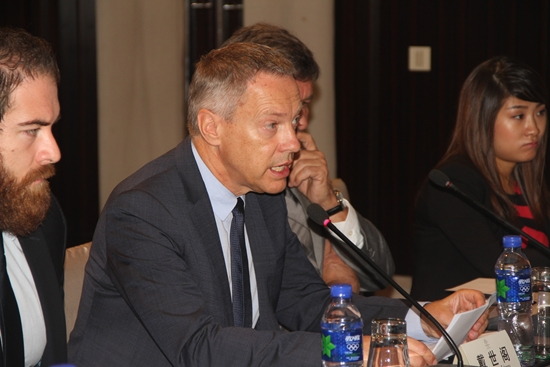 On 19 October the Danish Ambassador to China A. Carsten Damsgaard held the opening speech at the Quality Wind seminar where the companies Vestas, Datang Renewable, SDIC, Mita-Teknik, C.C. Jensen and Dafa participated.

He also gave his wishes that the Quality Wind seminar would lead to state of the art projects on wind turbine power for China and that the findings could help further develop the Chinese onshore wind power to an even stronger and healthier level.

A Letter of Intent between the Group Senior Vice President and President from Vestas Mr. Chris Beaufait and Deputy President of Datang Renewable Mr. Jiao Jianqing was also signed, with the purpose to facilitate negotiations between the two companies on pilot projects.

The signing ceremony was followed up by a roundtable discussion where the companies had an open and in-depth discussion on the operations and maintenance service market for wind turbines in China and globally.