2015 was another fruitful, and a very busy, year for the Danish Embassy in Kuala Lumpur, which, as highlighted by its Ambassador Nicolai Ruge, saw several new Danish key company arrivals setting up production or a regional hub, while others expanded. Over 60 Danish companies have established subsidiaries in Malaysia, while many others are active on the market through local agents, importers and distributors. For instance, Radiometer Medical took their next step in 2015 to go from being presented through a distributor to establishing their own presence on the market in Malaysia and GN ReSound opened up a manufacturing facility in Johor.

In 2016 there is no let-up of this positive trend in terms of trade, business and know-how exchange between Denmark and Malaysia, also with the key difference (formally from January) that the Danish Trade Council nowadays sell the region together with Denmark’s other missions in Southeast Asia.

January saw Fibertex Personal Care announce an investment of yet another production line in Malaysia to service the growing Asian hygiene market, and a Danish minister visit is in the works.

Reaching ASEAN and beyond
The embassy puts great emphasis on promoting Danish business interests in Malaysia, where its Trade Council assists these in entering, establishing and expanding their position in the market, incorporating Southeast Asia and beyond.

“We’re trying to make companies in Denmark aware about all the various possibilities you find in Southeast Asia now, especially with AEC being implemented, but also various free trade agreements, either concluded or being negotiated. You now also have – to be ratified – TPP. All these different developments and trends make Southeast Asia extremely interesting from a European and of course also from a Danish perspective, because of the huge market opportunities. Within a single market of over 600 million people you will step by step have free movements of goods and services and that makes it an ideal hub for production, distribution as well as sourcing,” highlights Joakim Laursen, Deputy Head of Mission, Head of the Commercial Section. “And also targeting some other countries where there is bilateral trade. You can from Malaysia now target these big markets like the U.S and China duty free – which is not the case if you were to do the production in Europe. We are trying more and more to explain these trends to Danes as the reasons why they should start looking at this region. Several of its countries are also relatively easy to do business in compared to some of the other markets in Asia.”

With the new non-competitive approach the Trade Council in each country also strive to tailor its services to the needs of the individual company; or in Ambassador Nicolai Ruge’s own words: “We need to look at it from the company’s point of view and not get into some awkward and unproductive competition with each other.”

Denmark’s seven embassies in the region, explained the ambassador, now have a joint, regional Sales and Marketing Plan to streamline and professionalise the way we promote the ASEAN region in our trade work. This will change the incentives tremendously, he thinks. 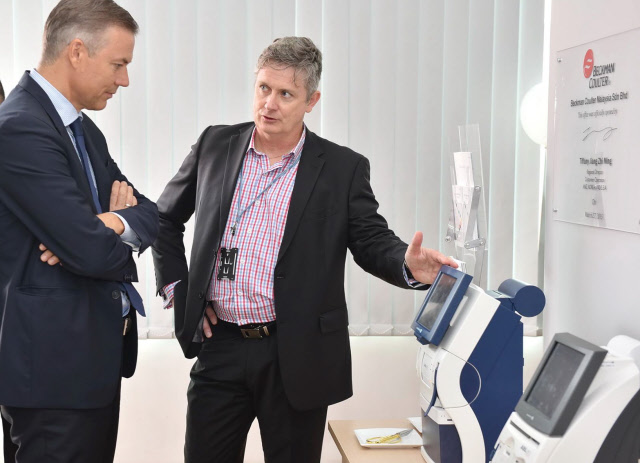 “Now the region does matter; it’s now equally important for my trade department here that the counterpart in the Philippines performs well, as we have a joint target to reach.”

“Then it matters less where a company for example choose to set up a regional head office. We work together in promoting the region and assisting the companies in the best way possible. There will be a dialogue that we have with the company and the colleagues in the region. Sometimes they have made a decision, while sometimes they are looking at Southeast Asia: where does it make sense for us to look in the first step? Depending on what kind of business case they have we will discuss with them and see where it would make sense for them to start up,” adds Joakim Larsen.

“If the company has highlighted Singapore and Malaysia as its potential destination, we will have a joint dialogue about the pros and cons of setting up in Malaysia and Singapore, and depending on the criteria the company value the most we would discuss where we would then think it is more suitable. Of course sometimes it’s obvious, if there are some parameters, which are more important to the company than others,” continues Joakim Larsen, and adds that it is sometimes also a matter of taste, where each trade council office can give its view on the status of things in their country and the company can also get first-hand experience from other businesses that have already entered.

“Singapore is for many companies their first choice when setting up regional headquarters and of course there are many good reasons for that. Some others also have good schemes, like Malaysia that tries to promote itself as a suitable regional hub where, compared to Singapore, the costs are lower.”

“Danish companies may want to start out in Singapore but we can help them when and if they also wish to enter the other markets in the region so they don’t have to start up seven times.”

Sector-specific support
The Trade Council in Malaysia has identified specific sectors within which areas of growth are promising, and opportunities for Danish products and service extensive. These are: Food, Agriculture and Fisheries; Information & Communications Technology (ICT); Healthcare; and Energy and Energy Efficiency.

“One area where we have strengthened our work is on the food and agriculture and fisheries, since we strengthened the embassy last year with a Minister Counsellor Food, Agriculture and Fisheries. We’ve then been able to do much more in this area, e.g. by helping the fifth biggest dairy company in the world, Arla Foods, by establishing their regional hub office in Kuala Lumpur and welcoming the CEO from the Danish Agriculture and Food Council.”

“We are also hoping to welcome the Danish Minister of Environment and Food to Malaysia this year.”

“We have also done two feasibility studies; one on aquaculture and one on agribusiness technology of the market and where Malaysia could benefit the most from closer cooperation with Denmark; meaning establishing collaboration and not so much in the first round directly with companies but with Danish authorities, for Malaysia to get inspiration on how we Danes handle different issues and how we have grown our agriculture industry to the level where it is now.”

New investment support has also been made available, as the Danish government and the Investment Fund for Developing Countries (IFU), along with two pension funds, have just established a brand new Agribusiness Fund in 2016. This Fund can invest in projects using Danish technology, service providers or with a Danish interest in another relevant form. Projects throughout the entire value chain from farm to fork are eligible. IFU is also the fund manager of the Danish Climate Investment Fund, which promotes climate investments in developing countries and emerging markets, thereby contributing to reducing global warming and promoting transfer of Danish climate technology. 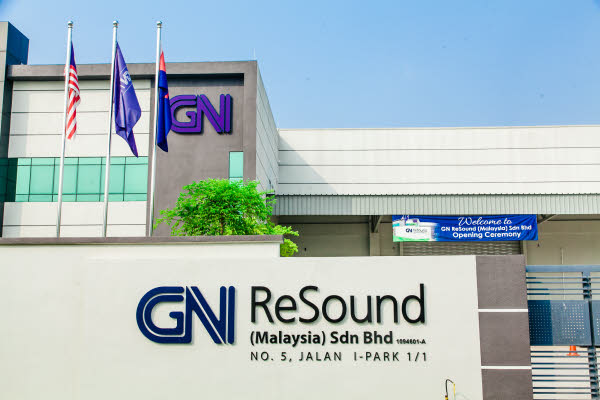 Eyeing Malaysia’s pork production
Additional market delegations to Malaysia are also being planned for the year within aqua-culture and livestock production.

“They actually have a quite substantial production in Malaysia and its government and private sector want to develop and improve the environmental sustainability of this sector further. We would try to come in and have a dialogue and see how we can assist them in developing the whole value chain within pig production.”

As part of Malaysia’s Economic Transformation Program its government has highlighted the aquaculture sector for further development, with a growth plan. Its population is the third largest consumer of seafood in ASEAN.

“We are trying to bring in a Danish group of companies in April to see how we can assist and cooperate with Malaysian authorities and private investors in developing that sector.”

The Danish embassy will also continue its efforts to promote the Malaysian ICT market, one of the pillars in the aforementioned transformation programme. Described as already one of the most developed markets in the region, this sector is expected to expand with an average of 7% until 2019.

There are a few Danish establishments within ICT that serves as great cases, including DONG Energy IT.

“Malaysia has some very interesting incentives for foreign companies within ICT and Kuala Lumpur is already an attractive working place as a regional magnet to many companies and many employees. They are able to attract from the region, and the Middle East. And it continues to be relatively cost competitive in terms of salaries. It’s very competitive if you compare to salaries in Denmark and Europe,” comments Joakim Larsen.

“In various international studies and rankings Malaysia has been the third most suitable country for outsourcing business after India and China. It’s not least due to good infrastructure, the ability of skilled labour and the possibility of 100 per cent foreign ownership.”

“We will try to build awareness among Danish companies, especially where they are struggling back home to source enough IT programmers and developers. This is an alternative.”

The promotion activities for this region also continue back in Denmark. All the heads of trade from Southeast Asia did a road show last November, and similar activities are being planned for 2016, also including various media.