On 28 February 2017 Finnish Business Council and the Finnish Embassy in Beijing organised an event for gender equality called “Career Women First” which was also part of Finland’s independence celebration.

Timo Soini, the Foreign Minister of Finland, attended the event where he gave a keynote speech encouraging career women to strive for the top. 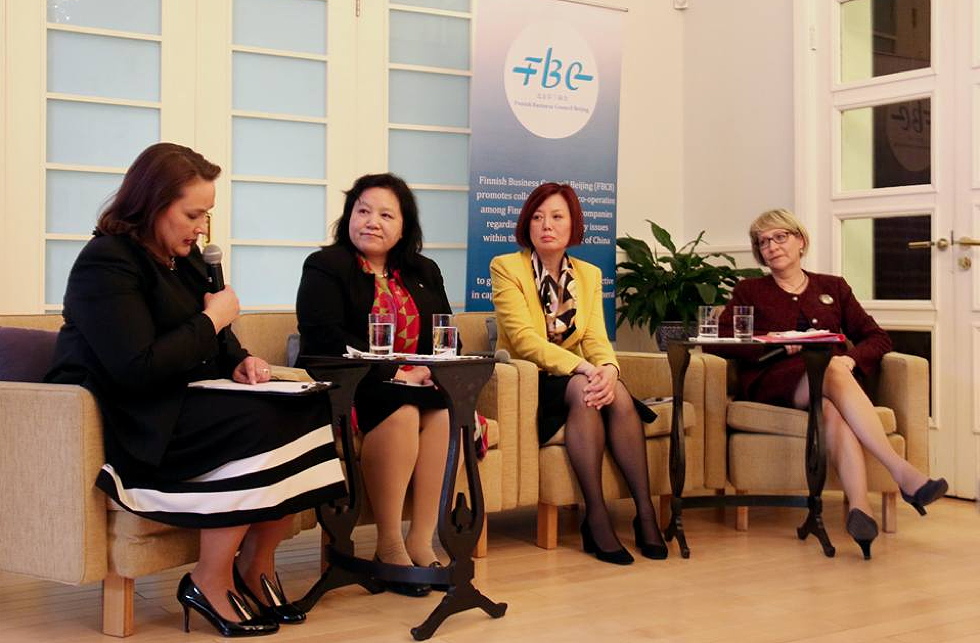 Also the very first Chinese woman in space, Liu Yang, who is an astronaut and Major for People’s Liberation Army Air Forcer, gave a very special and inspiring speech at the event.

Furthermore there was a panel discussion moderated by Erika Grönross, Chairman of Finish Business Council Beijing, Caroline Xue from Marja Kurki, a fashion design house in China and Yuan Xiaoyu from UPM, a graphic paper producer.