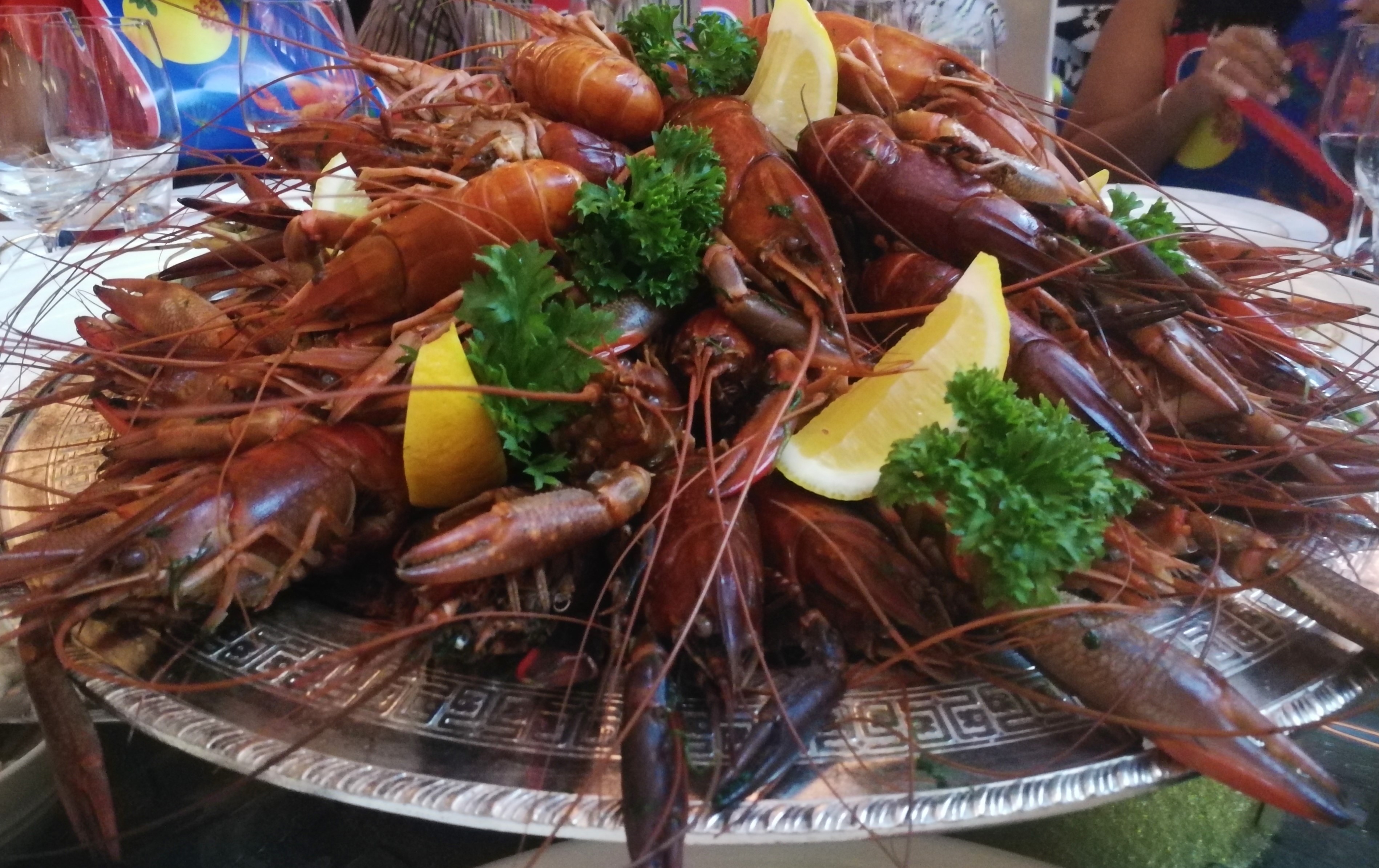 The Scandinavian Society Siam’s annual Crayfish Party 2019 at the Landmark Hotel in Bangkok was not short on prices, snaps or crayfish when it was celebrated on Saturday 14 September.

Already before the doors opened guests could enjoy a variety of drinks and miniature open sandwiches with fish, prawns and potato. It was also possible to capture a memory of the evening with a photo in front of a special made ice sculpture with the Scandinavian Society’s logo.

Once the guests were seated and dressed in apron and hat, people helped themselves and each other generously to mouth-watering crayfish and ice-cold, Norwegian Linie Aquavit.

If wanting a break from cracking up a crayfish in order to eat there was a buffet with cheese, cakes and fruit as well.

In the midst of eating, people could also purchase tickets for the lucky draw. The price on the tickets was 1000 baht for two arm measures regardless of arms length, so as one loud guest put it:

When wine, dinners, hotel stays and the main price of a trip to Europe with Finnair were given to the lucky winners, most guests took to the dance floor before making their way home.

The talented live band was performing anything from ABBA hits such as Dancing Queen to Lady Gaga’s Bad Romance and even What Does The Fox Say? by the Norwegian comedy duo Ylvis. 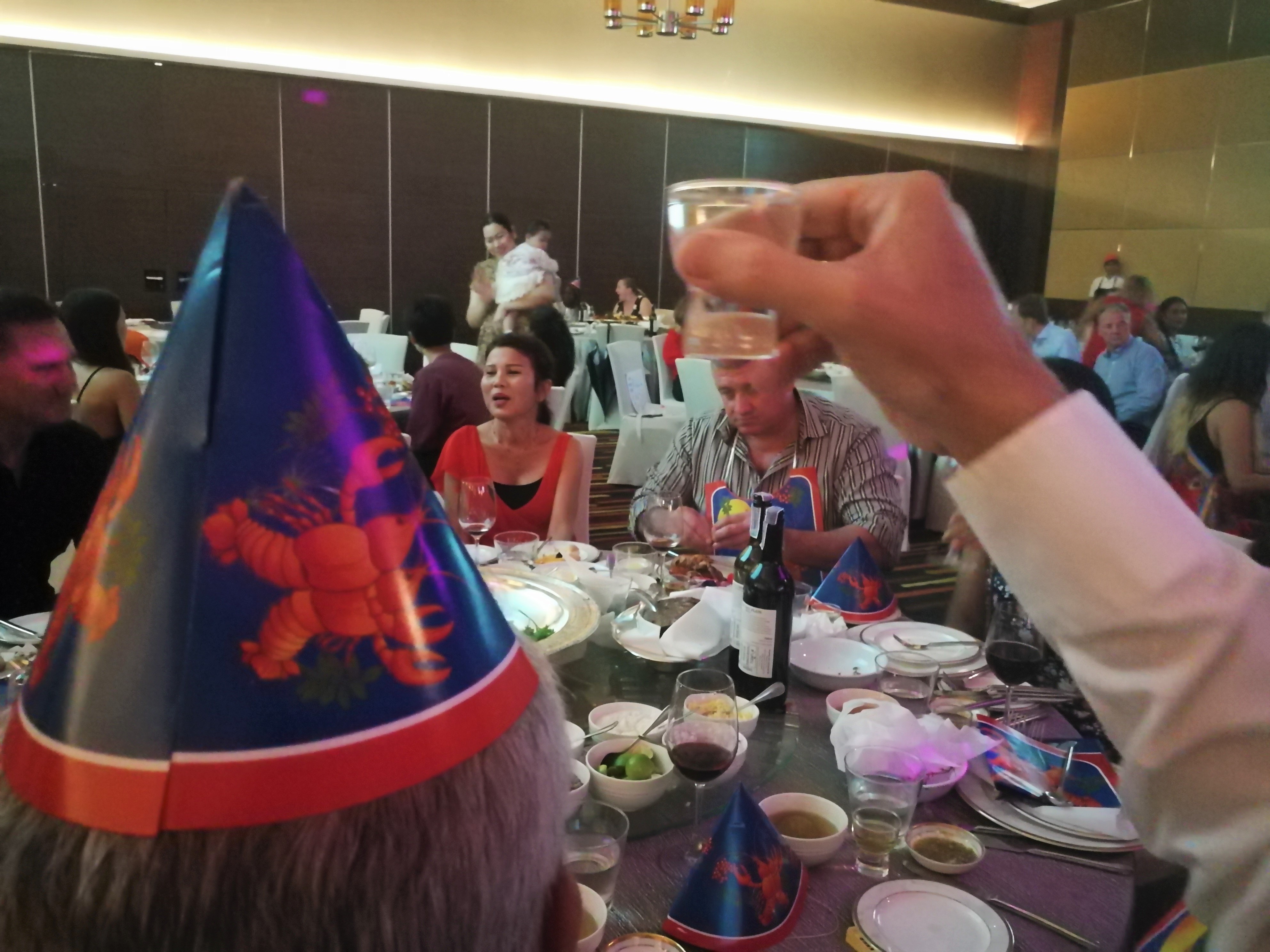 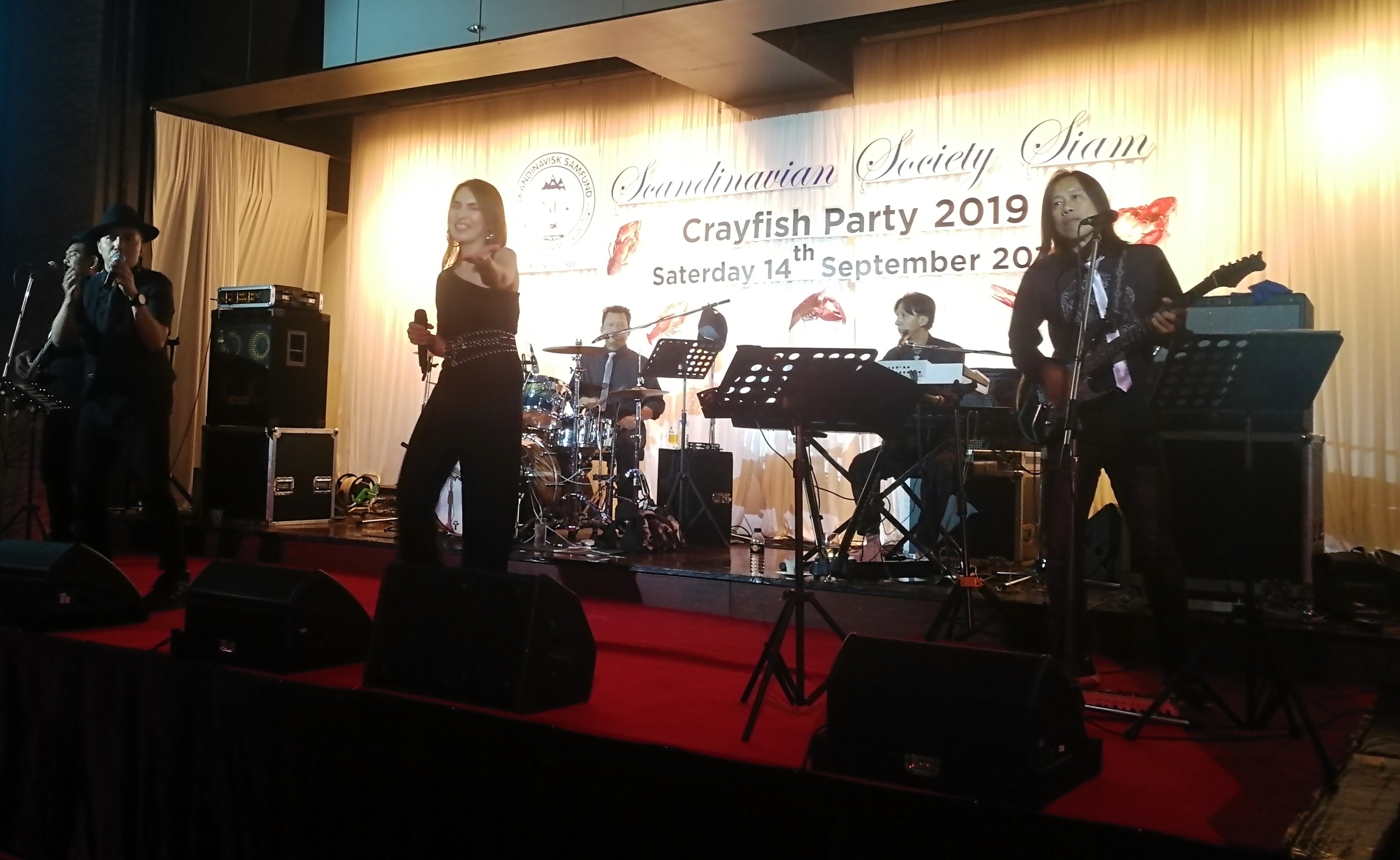 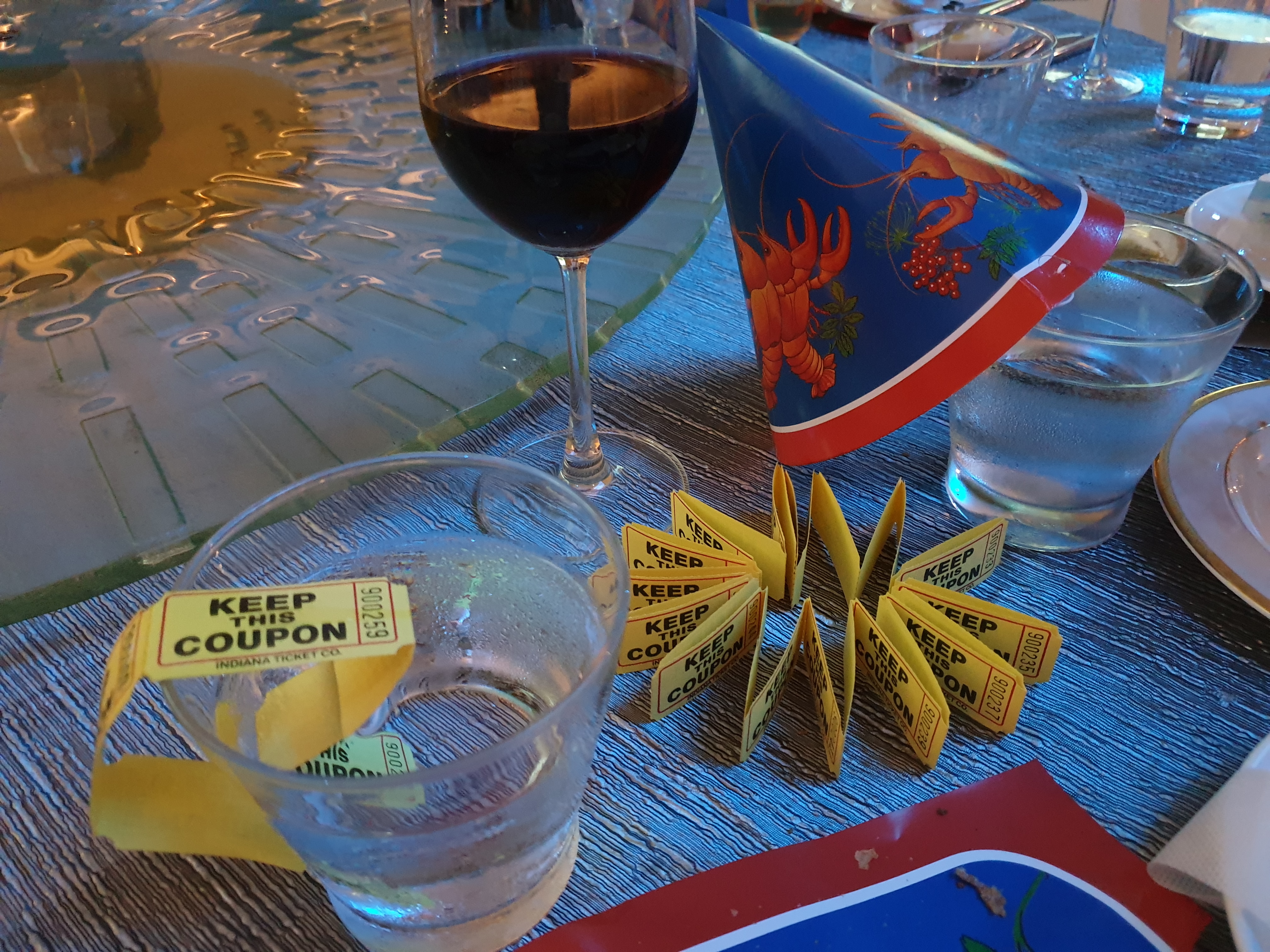 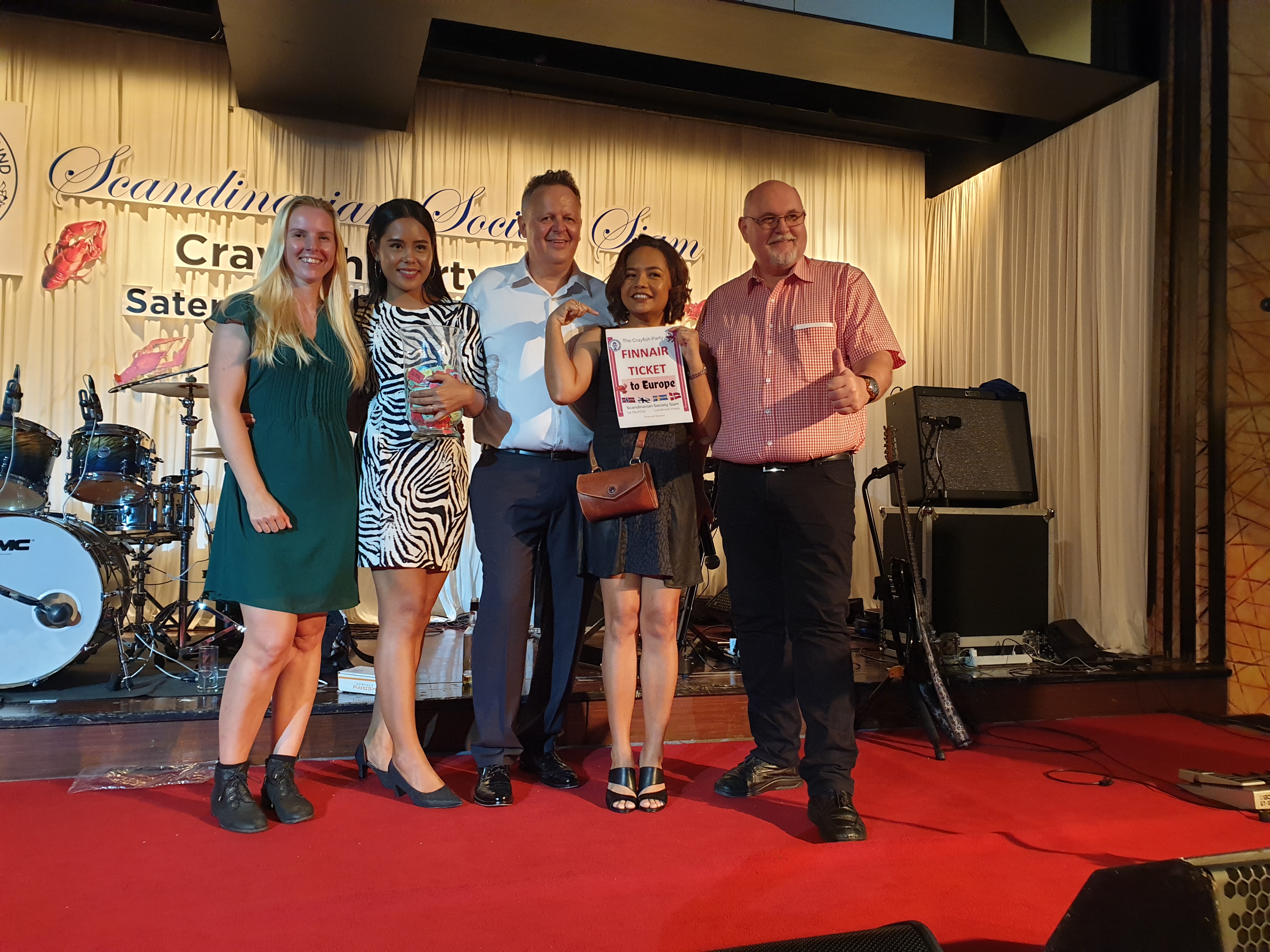 All set for Nordic Crayfish Party in Vietnam