The 10th Anniversary Hitmanjazz Party is being held on 28 December in Bangkok featuring Scandinavian artists from Denmark as well as Sweden. Singer and saxophonist Mads Mathias formed his own Mads Mathias Orchestra releasing his album Free Falling in 2012 winning “Best New Danish Jazz Artist of the Year”. His romantic vocals is described as a mixture of Michael Buble, Jamie Cullum, Harry Connick, Jr. He is an artist who has been hailed as the most prominent of Denmark, playing Dixieland, Retro and Swing and also lead singer of the famous Danish Tivoli Big Band, DR Big Band and Band Six City Stompers.

Jazz pianist Martin Schack is a very talented Dane, who often joining with other musicians for concert tours in Europe and Asia.

Swedish-American Jonathan Fritzén’s sound has been praised by music critics and also has solo albums Album Love Birds (2008) VIP (2009) that made it to the charts and also became bestsellers. 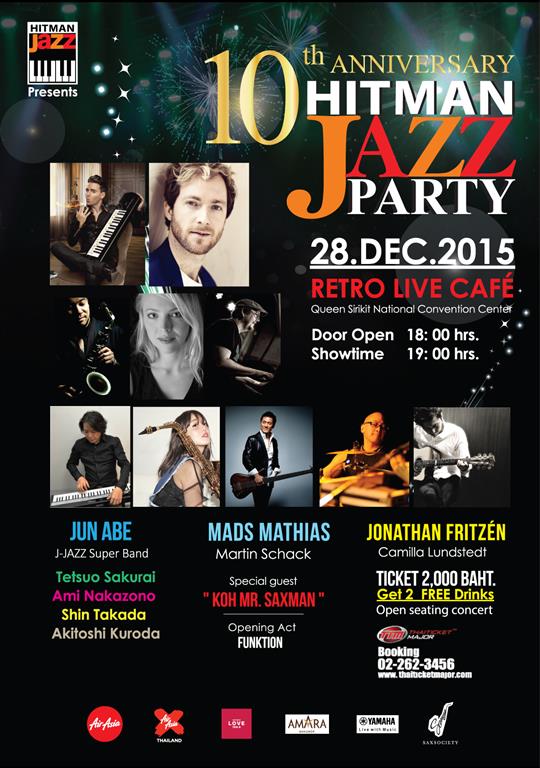