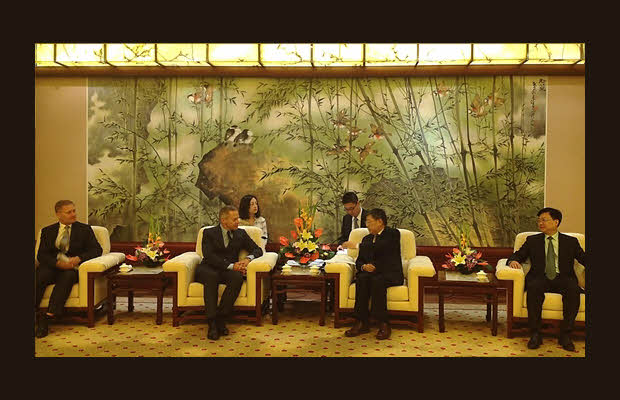 The Danish Ambassador to China A. Carsten Damsgaard met the Mayor of Shanghai Mr. Yang Xiong, reported the Embassy of Denmark in China on 24 September.

Alongside the Danish Consul General in Shanghai, Mr. Nicolai Prytz, the Danish Ambassador was received by the Mayor of Shanghai in Shanghai People’s Hall.

During the meeting Yang Xiong said that he hoped that both sides would strengthen cooperation in technology, education and healthcare sectors. Further discussion was on the area of Shanghai’s Free Trade Zone and the possibilities of broadening existing cooperation between Denmark and China.