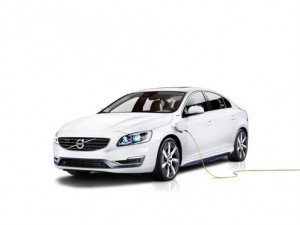 The production version of the S60L Petrol Plug-in Hybrid, with an exceptionally CO2-efficient 238 horsepower Drive-E petrol turbo and plug-in hybrid technology, will be launched in China early 2015 and will be produced at the Chengdu plant. As such, the car forms part of Volvo Cars’ plan to contribute to the development and spread of new automotive technologies in China.

“The creation of a powertrain with 238+68 hp and 350+200 Nm of torque by combining a petrol turbo from our new four-cylinder Drive-E engine family and an electric motor proves that the most efficient car can also be the most fun to drive. This is our most technologically advanced powertrain ever. It brings us closer to our vision to offer zero-emission motoring in the future,” says Peter Mertens, Senior Vice President, Research and Development at Volvo Cars.

In the S60L, however, the diesel engine of the V60 has been replaced with a new, two-litre, four-cylinder petrol turbo from Volvo Cars’ new Drive-E engine family. It boasts 238 hp and 350 Nm of torque. Other key components in the super-efficient powertrain is a crankshaft-driven ISG (Integrated Starter Generator) between the engine and the 8-speed automatic gearbox and a 68 hp electric motor powered by a 11.2 kWh lithium-ion battery pack installed under the floor of the load compartment.