The Leading leisure, entertainment and hospitality company receives $316.9 million by selling the shares but will only book a gain of $218.2 million from the transaction, reducing GHK’s holdings in in Norwegian Cruise Line to 22.2 per cent. 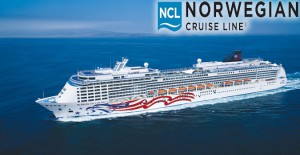 “The board considers the offering as a good opportunity for the group to realize profits with cash inflow from partial realisation of its investment in NCLH,” GHK said in a statement.

GHK intends to use the sale proceeds from the disposal will be used as general working capital for the group and/or to fund new investments of the group should suitable opportunities arise.

GHK is part of the Malaysian travel and resorts conglomerate Genting Group. The group is a public company primarily listed on the Hong Kong Stock Exchange and secondarily on the Singapore Stock Exchange. GHK is also a significant shareholder in Filipino casino Resorts World Manila.

A pioneer in its own right, Genting Hong Kong was incorporated in September 1993, operating its fleet under Star Cruises, to take on a bold initiative to grow the Asia-Pacific region as an international cruise destination. Star Cruises together with its associate company, Norwegian and 2 newly joined members, Oceania Cruises and Regent Seven Seas Cruises, is the third largest cruise operator in the world, with a combined fleet of 28 ships cruising to over 450 destinations, offering approximately 47,400 lower berths.