The Act of Killing’ may have won scores of film awards, but it has attracted criticism in Indonesia for being vulgar and insensitive. 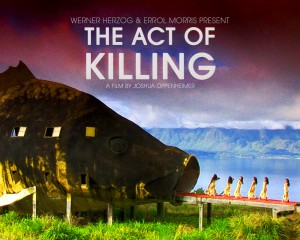 The Danish-produced documentary ’The Act of Killing’ has been nominated for an Oscar and has already won a host of awards in the film industry, but it might not be much of a success in Indonesia.

The documentary, directed by the Copenhagen-based American/Brit Joshua Oppenheimer, exposes the 1965 genocide in Indonesia through the eyes of the perpetrators. The lauded film has been blasted by Indonesian government officials.

“[Indonesia] is portrayed as a cruel and lawless nation,” Teuku Faizasyah, a government spokesperson said last week, according to the Jakarta Globe newspaper. “The film portrayed Indonesia as backwards, as in the 1960s. That is not appropriate, not fitting. It must be remembered [that] Indonesia has gone through a reformation. Many things have changed.”