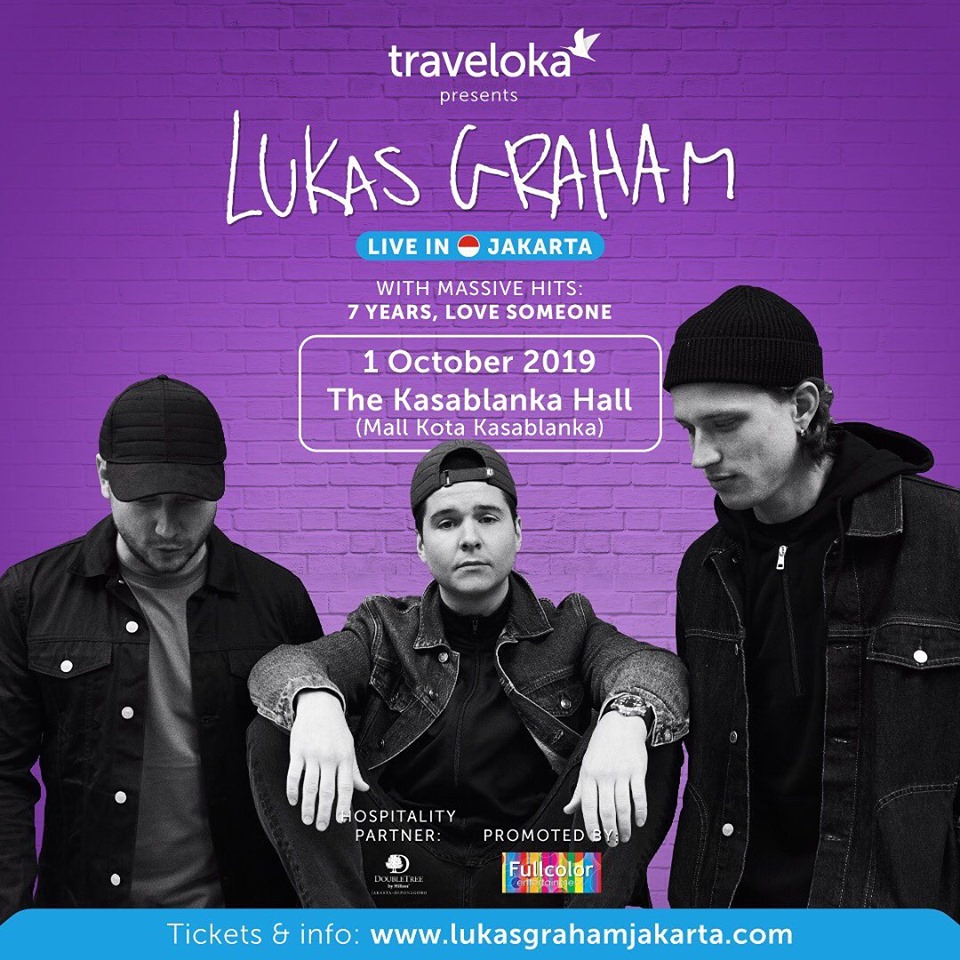 Lukas Graham, a pop and soul band from Denmark is scheduled to perform in Indonesia for the first time ever.

The band is bringing their smash hits “7 Years” and “Love Someone” in their concert titiled “Lukas Graham the Purple Asian Tour – Live in Jakarta 2019” which will be held on October 1 at the Kasablanka Hall in Kota Kasablanka shopping mall, South Jakarta.

The tickets are now available for the fans to buy at Traveloka , the Lukas Graham Jakarta website and at the Fullcolor Entertainment office in Taman Anggrek Mall, West Jakarta.

The customers can buy the tickets in three categories: Diamond VVIP, Gold VIP and Silver Festival.

Lukas Graham expressed their excitement for their very first concert in Indonesia through their official Facebook page and also asked their fans to recommend fun activities to do during their trip in Jakarta.

“WOW, we actually get to visit Indonesia this year! The world’s most populous Muslim country. We’re expecting a good safari out of this world,” the band wrote.