Day 2 of the Sweden-Southeast Asia Business Summit continued with a highly insightful session on CSR, followed by more ‘Success stories – perspectives from the ground’, where the Swedish companies Axis Communications, Spotify and Volvo Trucks South East Asia shared their experience of doing business in the region.

And as the summit came to an end at lunchtime on 22 September Sweden’s Ambassador to Singapore and head of the organising team for the inaugural event, H.E Håkan Jevrell, put forward the question to the audience and received a resounding ‘yes’ in response: Would you like to see this event taking place again?

Upon that immediately positive response the Ambassador disclosed that there would indeed be a continuation. That was already clear based on strong interest from other Swedish Embassies and Team Sweden representatives in the region. Mr Jevrell told the well-attended summit that the several embassies were already battling between each other to become the next hosing Southeast Asian capital.

“It’s very positive to see that there is a strong interest from the business community to see a follow-up event. The Sweden–Southeast Asia Business Summit provided an excellent opportunity to get insights from industry peers and policy experts and to meet with potential partner,” Håkan Jevrell replied to ScandAsia concerning the importance of the participants’ feedback for a continuation of the summit concept. 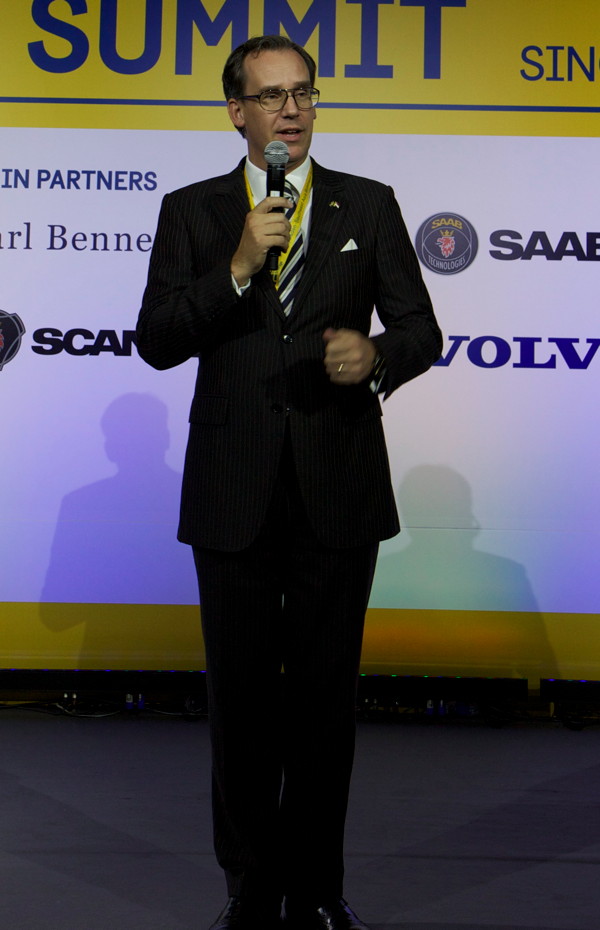 “Everyone within Team Sweden is very happy with the outcome of the summit, and there is a positive attitude towards the future. The Sweden–Southeast Asia Business Summit 2016 exceeded its aim to attract business leaders and decision makers from Sweden and the region,” he continued.

“Taking on an event of this size is a significant commitment, but there are still several interested parties.”

When closing the summit the ambassador said that the next summit’s location and dates would be announced within only a few weeks from now.

“Team Sweden has shown to be a success, and any follow-up will certainly be within that framework,” he commented in terms of who will be organising the event onwards.

All participating companies and other stakeholders will be asked to give their input following the inaugural event: “In a few days, each and every delegate and participant will get a follow-up email including feedback opportunities.”

The ambassador personally gave his initial evaluation as follows: “I’m extremely happy with the outcome. My team has together with the other players within Team Sweden done a tremendous job and one must bear in mind that very few people have done most of the work. No external organiser or event firm has been involved. I’m also very proud of the outcome when it comes to media. It’s rare to see such Swedish media presence at an event far away from home, and the coverage in Singapore has also breached all expectations. A big thank you to my staff, Team Sweden, all the volunteers, and to my wife Catharina who’s been running the press department pro bono.”

“When talking about the future, I believe most see it as a biannual event but let’s see what the business community wishes.”