Bernhard Arp Sindberg, a Dane who happened to be in Nanjing during the Japanese imperial army’s massacre on soldiers and civilians in Nanjing in 1937, rescued thousands of Chinese from being killed or raped. While Sindberg is well-known in China for his deed, he is only now becoming recognized in Denmark as a national hero.

On Saturday 31 August 2019, Queen Margrethe II of Denmark unveiled a 3 meter tall bronze statue of Sindberg in a memorial park in Aarhus, his home town in Denmark. The statue is a gift to Aarhus from the city of Nanjing – the work of three award-winning artists: China’s Shang Rong and Fu Licheng and Denmark’s Lene Desmentik. A delegation of 40 people from China perticipated in the ceremony Sindberg was 26 years old, when he started working as a guard in December 1937 at a cement factory in Nanjing, which was being built by Danish firm F. L. Smidth. It was soon after, that the Japanese troops conquered Nanjing.

When the horrific slaughtering started, Sindberg together with a German colleague provided shelter and medical care for 6,000 to 10,000 civilians at the cement factory. Chinese estimates put the number saved people even higher – at about 20,000 people.

Sindberg’s courage has been compared to that of Oskar Schindler, the German industrialist who saved 1,200 Jews from the Nazi Holocaust by employing them in factories, and who was immortalised in the movie Schindler’s List.

Sindberg painted a giant Danish flag ‘Dannebrog’ on the cement factory roof, to ward off Japanese bombs. He and Günther also planted the Dannebrog and German swastika around the site, as a deterrent against the Japanese army. At the time, imperial Japan was not hostile to Denmark or Nazi Germany, so the flags were respected.

When the Japanese arrived at the gate, Sindberg would walk out to talk to them, and after a while they would disappear. He pulled out a Danish flag, and after they had exchanged a few words, the Japanese would turn around and leave.

Bernhard Arp Sindberg was a very average Dane. He was 173 cm tall and had only a basic education: in his early teens he left school and went abroad, doing various jobs on ships. He spent a few months in the French Foreign Legion in 1931, but deserted.

He arrived in China in 1934, where he demonstrated Danish rifles, then worked as chauffeur for Philip Pembroke Stephens, a British foreign correspondent. Stephens was shot and killed by a Japanese machine-gunner while covering the invasion of Shanghai in November 1937.

After his time in China during the Japanese invasion, he served in the US Merchant Marine in World War Two, then settled in California and rarely spoke about the horrors of Nanjing. He died in 1983.

In China, a photo exhibition opened on Saturday 31 August 2019 coinciding with the unveiling of the statue in Denmartk. The exhibition commemorates Bernhard Arp Sindberg as the Dane who helped save over 20,000 Chinese during the Nanjing Massacre.

Jakob Linulf, the consul general of the Royal Danish Consulate in Shanghai, said at the launch ceremony of the exhibition that history is the best teacher, and the painful events of 82 years ago should never be repeated. 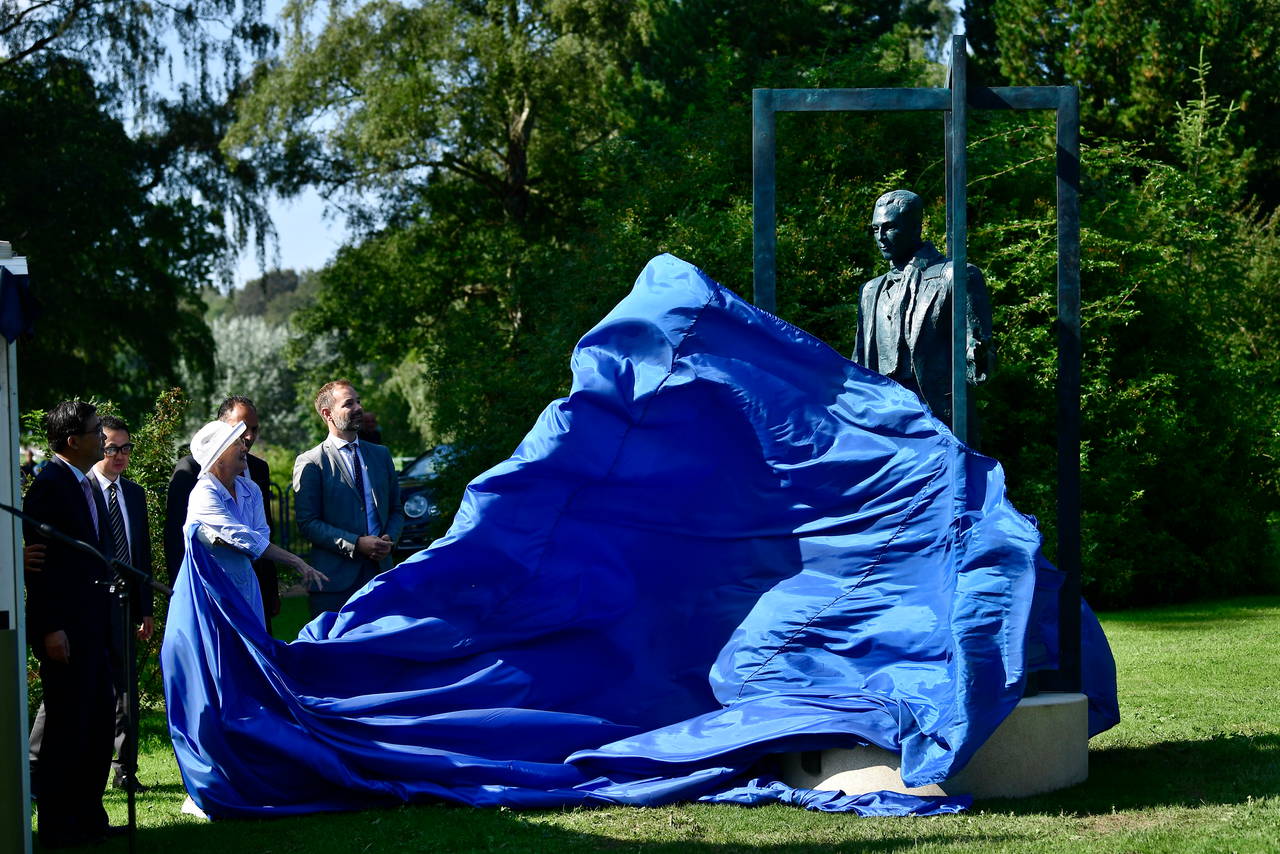