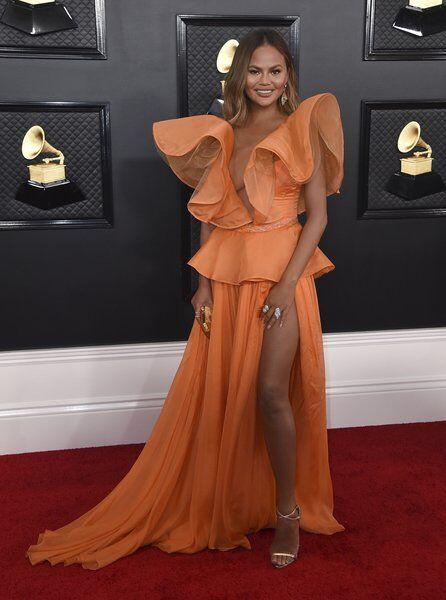 Chrissy Teigen was born in Delta, Utah to her Thai mother and Norwegian father. Her mother Vilailuck Teigen became a U.S. citizen in October 2018 and her nickname on social media is “Pepper Thai,” because of her fondness for spicy Thai dishes, many of which Chrissy has replicated for her own cooking career.

In the cover story, Chrissy Teigen talks about facing racism growing up and her heartbreaking miscarriage last year. Chrissy Teigen is married to singer John Legend, who was named Sexiest Man Alive by the magazine in 2019, and together the couple shares two children.

The Thai-Norwegian beauty said she faced enduring racism growing up but that her friends often protected her after racist comments and when she entered into the modeling world she experienced more casual racism. “When they needed someone racially ambiguous — that’s what they called it — that was always going to be me,” She says.

Chrissy Teigen miscarried her son Jack at 20 weeks of pregnancy and tells People’s magazine that she wants to follow her Thai tradition in remembering her son. Inside her new house, she has planted a tree, “The whole reason why I wanted it was so Jack’s ashes could be in that soil, and he could be with us all the time and grow through the beautiful leaves,” Chrissy Teigen explains.