In connection to the International Women’s Day the Embassy of Sweden in Hanoi, on 3 March, inaugurated a photo exhibition on gender equality; ’Swedish Dads’ by Swedish photographer Johan Bävman.  Ambassador Camilla Mellander made the opening remarks at the embassy.

There was also a short Q&A with a panel comprised of Swedish dads, a Vietnamese dad and representatives from UN Women and Ministry of Education and Training.

When Johan Bävman was about to become a father he realised the lack of role models available. And the idea to Swedish Dads was born – as  a series of portraits of dads who choose to stay at home with their children for at least six months.

“With this project I wanted to find out why these men have chosen to stay at home; what has it done for them, how have their relationships with their partner and their child changed, and what expectations did they have before taking parental leave?” said Johan Bävman. Their answers can be seen together with the photos on the wall around the Swedish Embassy.

The photos have spread virally all over the world since the book ’Swedish Dads’ was released about a year ago. And according to the reactions Johan Bävman was not alone is wishing there were more role models available for dads considering parental leave. Dads from all over have contacted Johan, saying that they recognise themselves in the photos.

This is the first solo exhibition outside of Sweden for the project. 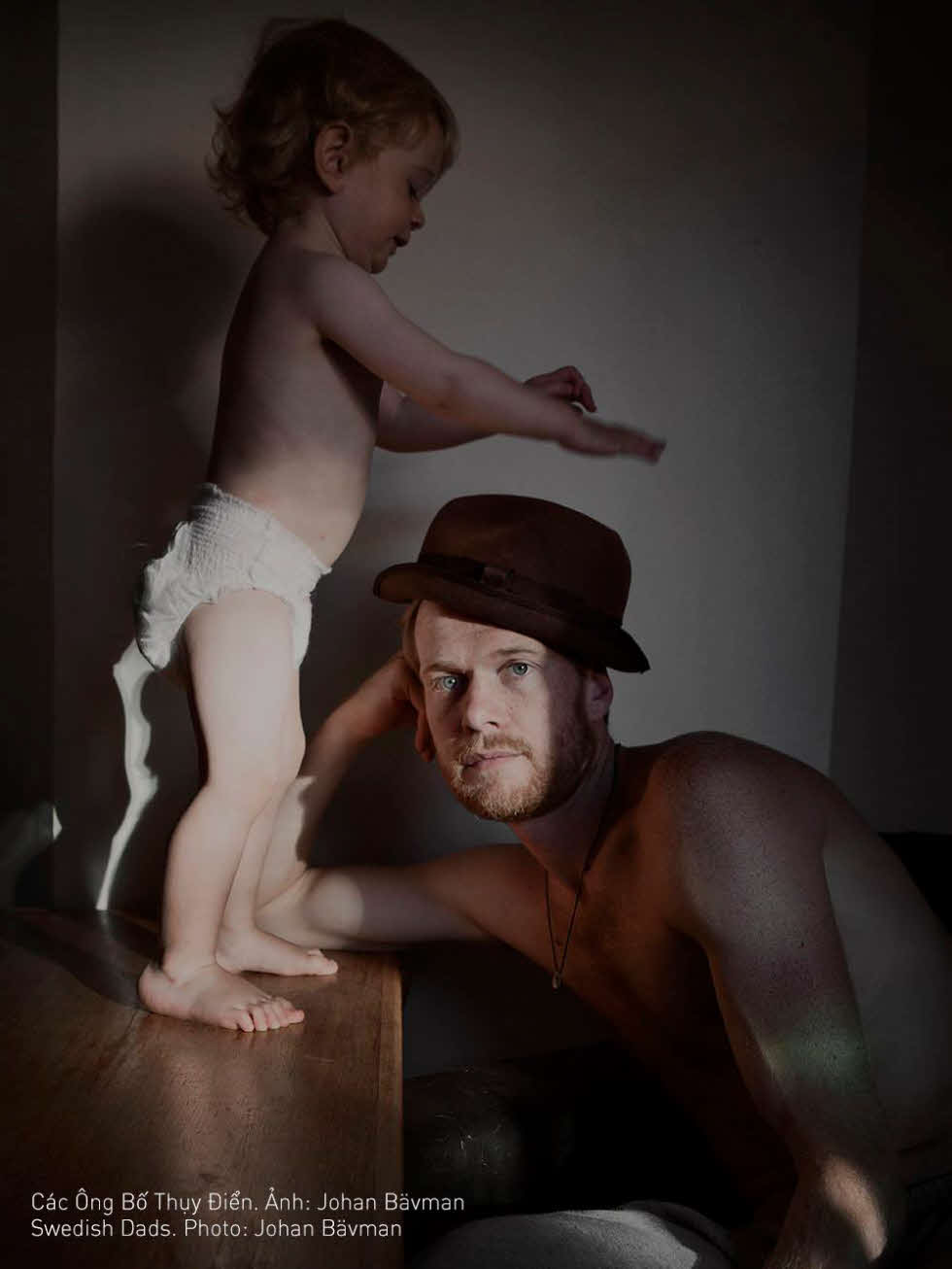