In the Digital economy (or New economy), where disruptive innovations, start-ups and other service-oriented growth companies are increasingly dominating business, Asia is a market to be reckoned with, thanks partly to a blossoming entrepreneurial ecosystem in the region. Westerners, including of course many from the Nordic countries, enter here directly with their ideas, including as a first, international target, where Singapore is positioning itself as a hub and test market. 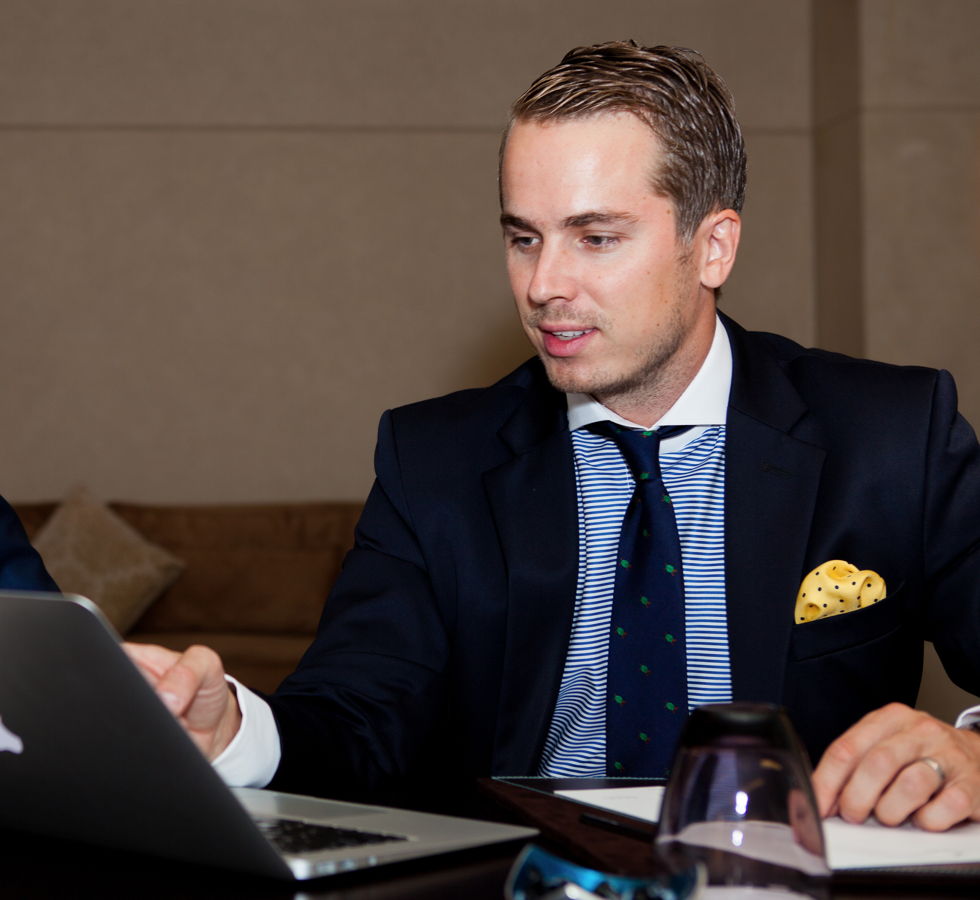 With a branch in Singapore Finnish-operated Frontier is there to assist with start-up funding, fundraising, and go-to-market consulting – focusing on Nordic companies.

With road shows to Singapore in store towards the spring, Chairman Mikko Silventola, as spokesperson for a trio of Finns, portrays the scene and Frontier’s services.

Singapore not to be missed
Frontier, its website presents, has since 2008 successfully helped over 100 Nordic companies to enter and grow business in the Middle East and Southeast Asia. Frontier has helped many new Nordic ICT innovations to grow their markets abroad like: CreateTrips, Capricode and Piceasoft.

Mikko Silventola describes himself as a Finnish-born entrepreneur based in Singapore (since 2.5 years), who previously founded media publishing companies, sold them and moved to private equity and also helping other companies in going international. He moved to Singapore to set up Frontier, after having previously been based in Dubai to expand a media publishing company.

“The original story why I moved here is that I read a book by Singapore-based expat investor Jim Rogers. I thought that Singapore is next so I moved my family here, and also for the reason that Singapore is the gateway to Southeast Asia. Everything here is done by the book and with high standards, and we feel that Singapore is the best country in the world to do business. It may not be the largest market but the surrounding ones are amazingly huge, so it’s definitely a place not to be missed,” says Mikko.

Frontier has a team of 15 people, including in the Middle East, with the main management team consisting also of board member Dr. Jari Talvinen and the founder-CEO Timo Nurminen, aside Mikko.

“Now it’s mostly about helping other companies and investing into tech start-ups. Our big focus is on tech companies, but we also have more traditional cases and we’ve had clients ranging from start-ups to public companies.”

“Our clients are Nordic companies expanding to Southeast Asia and the Middle East, including also those looking to raise funds here. We have several clients from Norway, Sweden and Finland and have done quite many cases. Most companies are looking to grow or expand here, and some are looking for investors or seed funding.”

“There are so many good Nordic companies that see that their home market is not big enough and if Asia is their priority market it’s quite important to raise funds or find strategic investors from here that also can help their business grow,” explains Mikko and adds how important it is to partner with players like Frontier for this.

“We’ve built up the local knowledge and contacts, including partners in the surrounding countries that we always use in order to be able to raise funds and reach bigger deals.”

He describes the quality of start-ups coming from Finland, Sweden and Norway as “pretty good” and most of them are interested in coming also to emerging markets such as Southeast Asia. 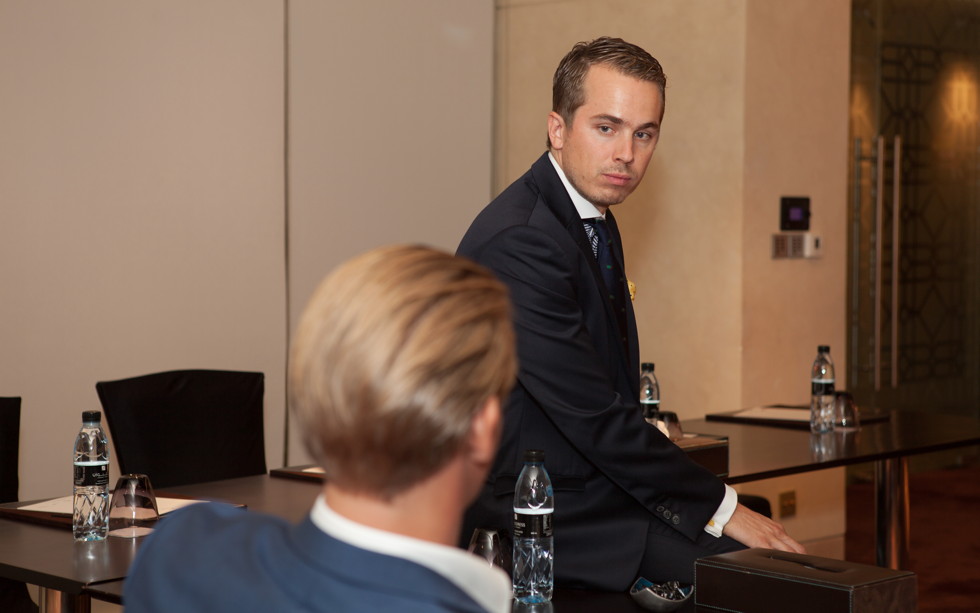 Asian start-up investors
The Finn also believes that the opportunities here are increasing for local investment.

“The start-up movement is quite big also here in Singapore and every day the newspapers write about tech start-ups so everybody’s interested in them, and there’s, for good or for bad, quite a hype, leading more investment into start-ups.”

Significantly, for investment and innovations coming here from the Nordic countries, the trend is increasing to stake at such emerging markets directly, rather than building up a business carefully starting only locally.

“Today you just take Arlanda Express to the airport and then you can jump on a plane to Helsinki, or Singapore – where the surrounding markets are a bit bigger, and also the amount of capital that investors have is huge.”

When it comes to market importance Asia’s huge population makes it more important than the western.

And the start-up scene he thinks is pretty good and growing a lot, including good events both in Singapore as well as in Jakarta, Indonesia.

‘The quality is getting better all the time. Sooner or later we will see big start-ups and big valuations coming from Singapore and other parts of Southeast Asia, also,” he predicts.

“Hong Kong is the gateway to China, and yet a bit more western. Maybe what differentiates Hong Kong from Singapore is the short distance to main land China.”

“As a founder of something I would set it up in Singapore where everything is done by International Financing Reporting standards. This is the place to be.”

The Frontier chairman thinks Singapore is doing its best in setting up a business- and start-up friendly environment.

When it comes to improvements needed he comments: “I feel that Singapore still needs to see the big billion dollar exits from here to create more motivation for the entrepreneurs here but of course lots of new innovations are coming this way so you should just keep our eyes and ears open, talk to each other and exchange ideas.” “Basically we try to be the partner from seed to exit, so we help our clients with the fundraising and then with going international and also hands-on sales development. Also, we have done quite many start-up investments by ourselves.”

To mention a few client cases, Frontier helped the crowdfunding platform Fundedbyme in setting up shop and raising capital from local investors, and Plantui smart garden in identifying Southeast Asian venture capital. They assisted Create Trips to close deals with many huge players in the travel industry in this region.

“Also we have several public companies using our service in expanding to Southeast Asia. We don’t always need or even want equity, but we always charge a retainer and a commission on the raised funds or provided services.”

“In the beginning we look at the team, which is the most important thing; the product comes second. And possibly there’s a patent and global potential that would strengthen our interest in investing. In many cases, we really enter in the early stage, so we are the advisers in the company, we raise the seed funding for them and then we help to do the Series A [first round of funding] and the following runs on that, as well as all the documents and action points when it comes to the exit.”

Finnish games
The Finnish mobile game start-up Koukoi Games is such a client, where Frontier as a partner assisted the first funding round with a yield of $1 million.

“We started helping them even before they had formed a company, as we really liked their team; they were a bunch of young, energetic and talented guys and girls, who used to work for bigger gaming companies and wanted to start something on their own. Currently we are talking to many Asian investors, for the Series A round with this company.”

“Also we’re talking with many game publishers and Asian partners who are looking for companies like Koukoi games in these markets – China in particular.”

“In the gaming industry you need lots of capital also for marketing, it doesn’t make you successful if you just publish the game,” he adds.

Their first gaming title called Crashing Season will be launched worldwide in the spring.

“It’s going to be an awesome game,” promises Mikko.

Asian markets for foreign mobile game companies are difficult to conquer, but together with Frontier Koukoi will be able to overcome this.

“Asia and China are amazingly huge market and should be a top priority market for any gaming development company or game publisher.”

This new start-up can also ride on the wave of other, successful gaming companies.

“Of course’s Rovio and Supercell are amazingly successful companies coming out from Finland. These examples are motivating so many entrepreneurs – not just specifically in the gaming sector but also in other fields – to dream big and try to achieve big goals. It’s really good for the Nordic start-up culture. And also those billion-dollar companies function as excellent motivation for Asian entrepreneurs to dream big.”

Start with an app
In other sectors large amounts are not necessarily needed, including for disruptive technologies.

“In the beginning you can just develop an app and start.  It’s quite efficient and doesn’t require that much capital. There are many other important things in the beginning when it comes to the team and their motivation.”

Case in point, Mikko has invested in a Singaporean company called Sendhelper delivering cooks and maids for households: “They were growing quite fast without much capital and of course once you get the cash injection it gets you further much faster – but it’s not necessarily in the beginning that you get millions.”

Looking ahead, Frontier is launching three projects in the spring when it comes to helping out more on the go-to market side: within Cleantech, ICT and Education.

“These are or more like sales meeting trips for Nordic companies, where we only include ten companies into each programme. We will carefully investigate, based on the participating companies, who are the likely investors within each sector and look for those kinds of services and start dialogues, so that once the companies arrive here they have good opportunities to sign deals.

“For Cleantech Singapore 2016 we are collaborating with Sustainable Energy Association of Singapore. The reason for this project is that the Singapore government is currently investing 3 billion SGD this year on this sector, so it’s really relevant.”