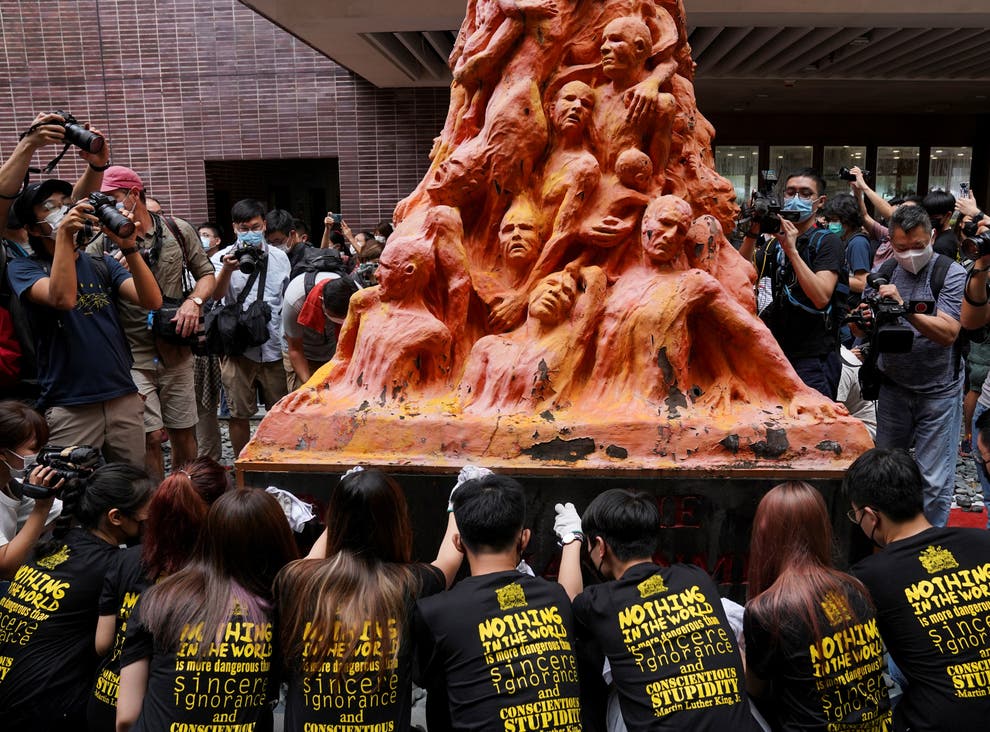 The Danish artist Jens Galschiøt has asked Hong Kong authorities for immunity from a national security law so he can take his ‘Pillar of Shame’ sculpture back to Denmark, the Independent writes.

Jens Galschiøt made the sculpture as a memorial for the massacre at Tiananmen Square in 1989 and gave it on a permanent loan in 1997 to the Hong Kong Alliance in Support of Patriotic Democratic Movements of China which is a pro-democracy organization established during the Tiananmen Square protests. The sculpture has stood at the University of Hong Kong for 24 years but after the alliance disbanded in September with some members accused of national security offenses under a new Hong Kong security law, the university requested the group remove the statue from its premises.

In an open letter on 12 November, Jens Galschiøt wrote, “I can understand from the press that the introduction of the new security legislation in Hong Kong means that there is a legal basis for arresting foreign nationals who engage in activities that criticize China. The statue’s removal “will lead to activities and media coverage that could be perceived as criticism of China. Therefore, I will have to get a guarantee that my employees and I will not be prosecuted.”

According to Jens Galschiot, the value of his sculpture is around $1.4 million and he was willing to take it back to Denmark but his presence in Hong Kong is necessary for the complex operation to go well. Cooperation from the university and city authorities for technical assistance, roadblocks, and permits is also needed, he added.

It is the new Hong Kong security law that the Danish artist fears being hit by. The law, introduced in 2020 in the wake of several pro-democracy protests, prohibits negotiations that could be interpreted as treason against Chinese authorities. This means that it is not allowed to establish links with political organizations abroad, just as organizations carrying out political activities in Hong Kong are prohibited.

The law applies to anyone who is in Hong Kong – including foreigners – and a violation can result in imprisonment up to life in prison.