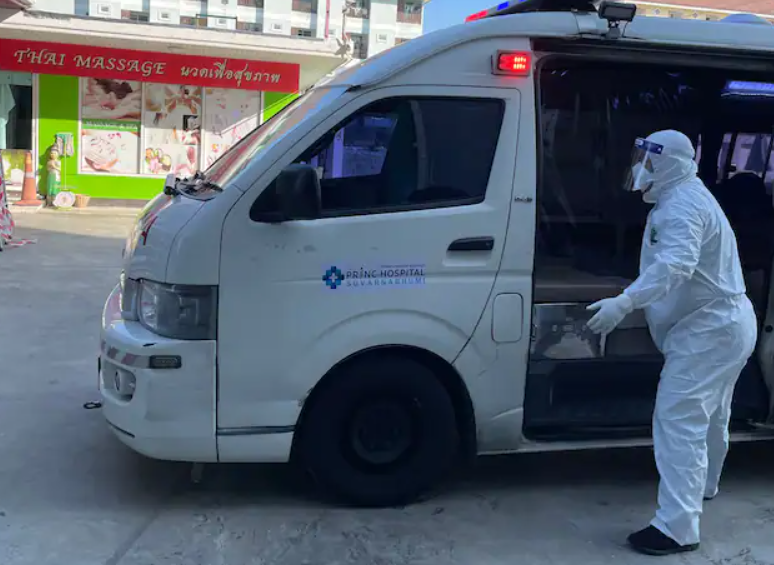 Spending New Year in a hospital in Thailand was not quite what Bengt Augustsson and his daughter Isabelle had hoped for when they departed for Thailand on 25 December but it is exactly what happened.

46-year old Bengt Augustsson and his 11-year-old daughter Isabelle had planned to travel to Koh Lipe and other southern islands of Thailand after their first night in Bangkok but those plans quickly changed when Bengt tested positive for covid-19 the morning after they arrived in the country.

Following his test results, the pair was taken to a so-called “Hospitel” which is a hotel converted into a hospital for people infected with covid-19. His biggest concern was to be separated from his daughter and to make sure that would not happen he spoke, amongst other places, with the Embassy of Sweden in Bangkok.

Bengt and his daughter were then isolated in a room and told they had to stay there for ten days. They are not allowed to go outside, except for tests, he says to Expressen.

It seems like it was a family affair because Bengt says that after a short time in the hospital, Isabelle also tested positive for covid-19 while members of the family back in Sweden have also tested positive. Isabelle’s test result means that the pair are properly going to have to stay more than ten days in isolation because for Isabelle, then ten days start after her positive result.

“We have a TV, air conditioning, toilet, and a fridge but all the windows are sealed, so it feels a bit like being in a prison just with better facilities and better food,” Bengt says.

Bengt has only mild symptoms that gradually subside, and Isabelle is fortunately without symptoms.

Bengt and his daughter are on a two weeks holiday and whether they will have a chance to explore the country is still unknown. “We’ll see if there is time for anything more than being in this room in Thailand,” Bengt says.

Swedish restaurant owners in Thailand hopes the worst is behind them