Following 28 years at the helm of Thailand’s famous seaside resort Dusit Thani Hua Hin, Sweden’s Honorary Consul has finally retired as the General Manager of the hotel. This however does not mean that Mr Victor Sukseree will no longer be a principle player in this royally accredited resort town – on the contrary, he continues with his college hospitality tutoring, popular radio transmissions and diplomatic responsibilities at the Swedish consulate. Victor looks back at his time so far at one of Thailand’s most well-known and distinguished resort properties and reflects on Hua Hin’s development.

It is really rare to have the opportunity be a single hotel’s general manager for this length of time – in particular for a big chain brand, where they usually rotate the GMs to their new hotel openings. However, it is usually the case that the most admired and successful hotels are those where the entire staff work together as one big united family, with a long-standing permanent GM who lives and breathes the day to day performance of the hotel. This was very much the case with Dusit Thani Hua Hin and Victor Sukseree.

Victor says: “In the early days when the hotel was preparing to open, the owner had told me: ‘We would like you, Victor, to take care of this hotel as if it is yours’. Since then I carried it on my shoulders, looking after the hotel as my priority, even more than my own family’s business as company Vice President attending board meetings which only occurred once every two months. My sister took on running our family business and only when facing some difficulty would come to me for assistance. I remained in the hotel all the time. I was supposed to have two days a week off but I have been working seven days a week for almost twenty years which included fifteen years of occasional lectures at the Dust Thani College. Only in the last twelve years did I start lecturing frequently, normally going to Bangkok on a Monday to teach Post Graduate level at Mahidol University in the evening and on Tuesday mornings at Chulalongkorn.” Many years later Victor had been called to an appointment with the Swedish Ambassador in Bangkok who, completely unexpected to Victor, approached him with the proposition of becoming their Honorary Swedish Consul in Hua Hin. The GM took on that offer with pride and committed dedication to the responsibility without hesitation, “It’s an honour to serve the country”, he had replied. Victor had studied international relations in university, but had never got to use it. He was not comfortable with the Thai bureaucracy system so decided not to join the civil service, but then having the chance towards the end of his hospitality career to become a diplomat, an Honorary Consul, he grasped the opportunity as an honour for himself and his family. After much delay, due to the political situation at that time, the Swedish Hua Hin Consulate officially opened on the grounds of the hotel in September 2011. The opening of the Swedish consulate had been instigated by the ever increasing population of Swedish visitors and long-stay guests to Pruachuap Kirikhan province. The former ambassador, Lennart Linnér, thought that Sweden should have a consulate in Hua Hin to serve this now not insignificant population of Swedish nationals who at the time had the inconvenience of travelling to the embassy in Bangkok.”

“A humble hotelier, diplomat and a gentleman with passion,” is how the easy-going and welcoming Victor describes himself. “I care, I commit and I can do many things, these are the core values of today that I am trying to encourage all people to follow. I’m very passionate particularly with regard to empowering people, trainees and students,” he states, unsurprisingly – given how many years he has managed the hotel. To these ends, he has even created his own academy; ‘Coach the coach’, which was into season two at the time of our meeting and now is running season 3. “I do not comfortably identify with the corporate environment and when the Dusit group wanted to move me to another hotel, I told them: ‘Please do not, if you move me you lose me!’ Here it is about the passion and love I have for this particular hotel and the group of people who work for me. On our 25th anniversary since opening, it was a coincidence that we had 25 people including myself who had worked for 25 years in this hotel. In addition, between 10 to 24 years of service in the hotel were 100 staff, so 125 staff had then been working with me in the hotel for over ten years. As a commemorative souvenir and record, I created a table book celebrating this silver anniversary, which was celebrated in January 2016 and shows many events from the hotel’s past and a selection of all the celebrity guests that have crossed the hotel’s threshold throughout the years.”

Victor is a very well-known hotelier among Scandinavians who love to frequently travel to Hua Hin and nonetheless among Thais who view the Dusit Thani Hua Hin in high regard. An aura of regal gracefulness plus traditional Thai hospitality permeates this five star property which has seen many people from high society as guests plus a plethora of international celebrities and performers, be it for glittering galas, weddings or weekend getaways etc., to this illustrious royal seaside resort. Dusit is a very renowned brand – in particular among Thais. Dusit Thani has a great name and people staying at Dusit Thani are generally regarded as those from affluent or discerning society. This is a brand name and reputation that Dusit Thani has maintained and established since the development of Thai five star hospitality that became more focused in the 1970s. “In particular, many Scandinavian golfers have returned to the resort year after year, especially in the past. However, these days the golf tour groups are smaller. Many Scandinavians who have been here frequently now chose to come independently for different reasons. Some of them have also bought second home residences in Pran Buri, while some of them still come here but stay as FIT [free independent traveller] rather than coming as part of a group. The guest mix in the hotel these days by nationality is that Thais are still number one. However, Thais stay for an average of 1.5 nights, while English, Swiss and Scandinavians stay for an average of 6.5 nights. In winter at least 10% per day are Scandinavian, another 10% Swiss, 5% are German and 15% English etc.,” reflects Victor.

Another main change, Victor correctly points out, is that tourism in Thailand nowadays is fuelled by mass tourism. He continues: “People from all walks of life come to Thailand and it has changed quite a bit, Hua Hin used to be very high end, I would say the destination where the nobility, royalty and high-society would come, but nowadays everyone comes! The one thing that still remains is that it’s a more salubrious city than many other mass tourism destinations. At least there are no prominently visibly dubious places – such as the infamous entertainment districts often found in other popular Thai tourist destinations.” “Globalisation has made the world smaller and more accessible; travel is quite convenient these days and with the dynamic pricing of airlines and targeted promotions, people are enabled and inspired to explore and extend their horizons. Hotels have been a major driving force in attracting tourists with international online searches and convenient booking from the comfort of one’s own keyboard or through proactive agents. So now you just book through all the online media channels and it’s so dynamic that you have one price today and another tomorrow.”

Victor says that it happens that people even check out after a few days and then check in again, based on a lower price they have booked online. “This makes it difficult now! In one way it means that more people can afford to travel, but on the other hand it is challenging for hoteliers to maintain profit margins while overheads are constantly increasing yet room rates are depressed as a result of fierce competitive marketing.”

Tourism has mainly continued to move north and south of the resort town since there is no land left in Hua Hin proper. Victor does not believe it can grow much more in the area, especially given the number of residential homes that are now entering the hospitality market as direct competitors to hotels. Many condominiums are still unsold and many Thai middle class people like to rent a condo for a weekend as it’s cheaper than staying in a hotel and enables them to self-cater. This reduces restaurant revenues as well as loss of hotel room nights. Yet there still remain a staunch core of Dusit followers, of whom many also try out new hotels but then come back. Victor says: “I’ve had many occasions when guests apologise for being a traitor a few times by trying out new competitors, only to return as they and their families miss our hotel’s facilities combined with our brand of Thai graciousness, personal recognition and unique ambience created over our personal and unrivalled quarter-of-a-century hospitality experience and dedication to service excellence.” 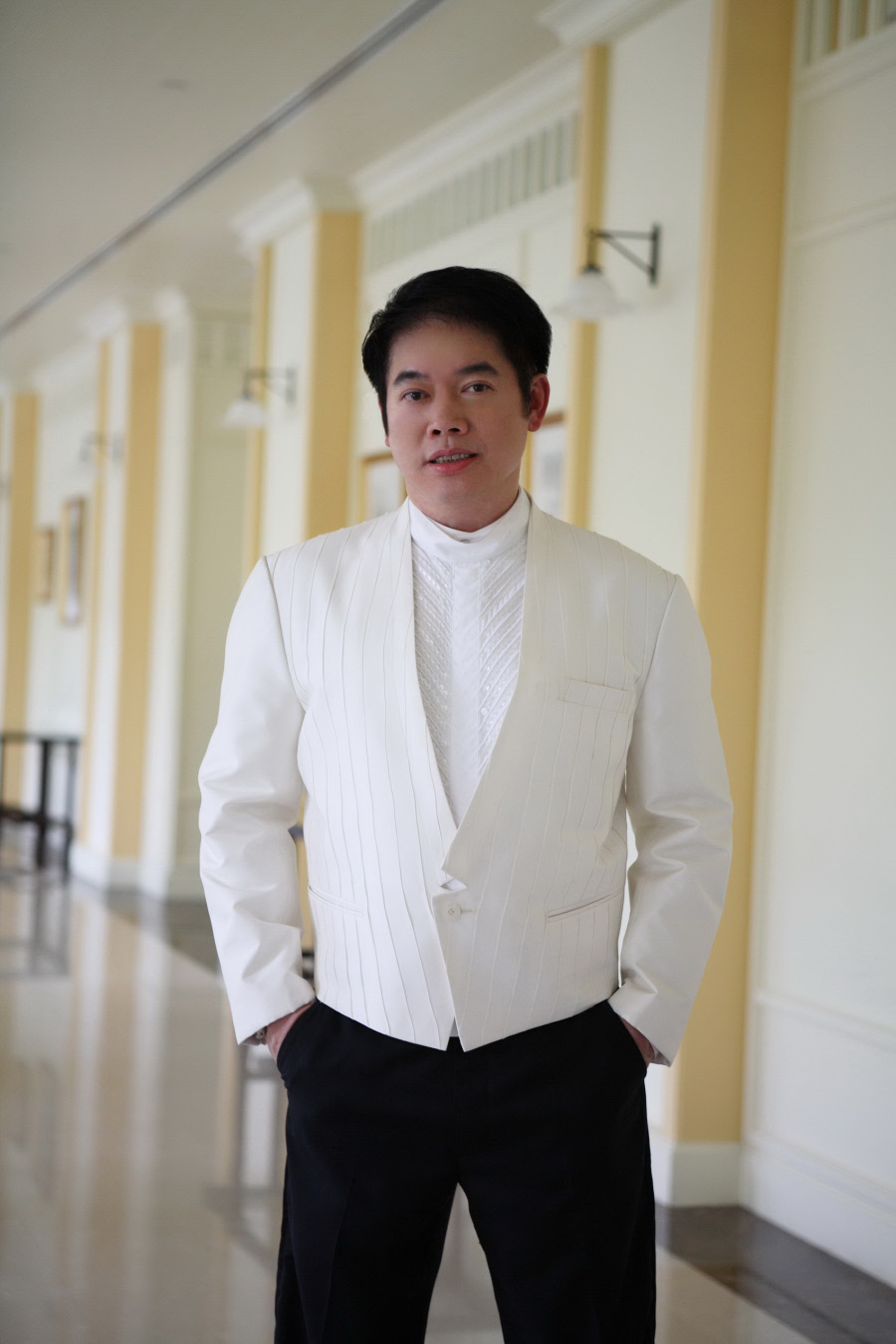 After two extensions beyond ordinary retirement age for hoteliers, Victor decided that he should finally relinquish his parental roll in the hotel and hand over to the new GM, Mr Pipat Patthananusorn. Thereby, Victor has ended all involvement in the running of the hotel, even though the CEO had announced to the guests at the 25th anniversary celebration that he was not retiring and that they might see him less but that he would be around in the background.

Victor has become a legend among his peers, 28-years in one hotel from opening is no mean feat. An impressive unrivalled diary of royal visits, grand galas, international summits hosting world leaders, plus a reputation for theatrical presentations that created a wow factor for celebrations, events, seminars and TV channel celebrity annual get-togethers put the Dusit Thani Hua Hin firmly etched on the map. Victor has a right to be very proud of his reign. Let’s see what this new chapter of his life will bring forth. Hua Hin’s latest celebrity retiree will undoubtedly continue to surprise us with his creativity and passion for living life to the full. 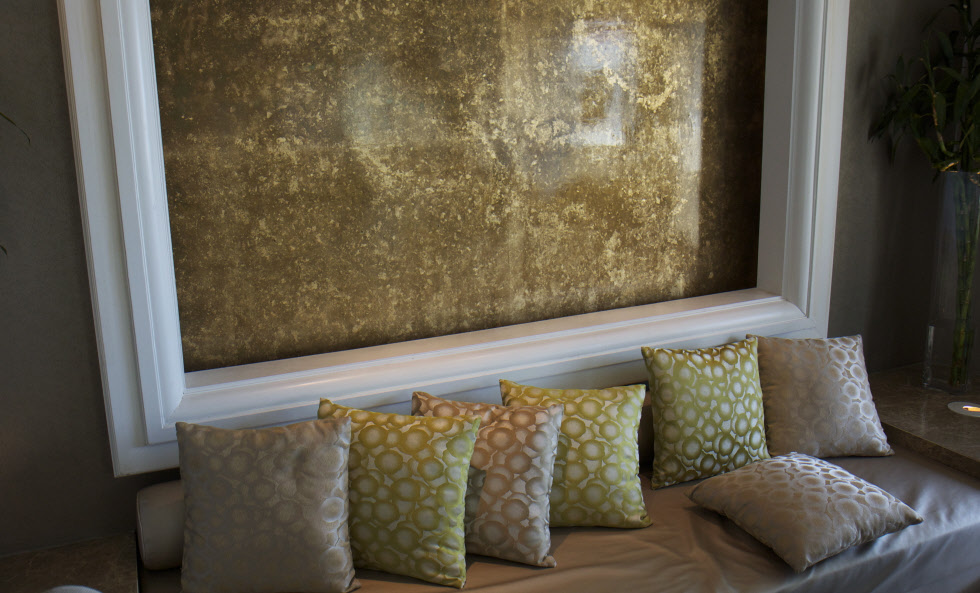