A human smuggling ring has been broken that moved Chinese citizens into Europe using among others fake passports from Malaysia, Singapore, Taiwan and Hong Kong.

More than 70 suspected people-traffickers were arrested after a two-year investigation into the network. Spain’s Interior Ministry said that two central figures at the European end of the operation, reportedly based in Barcelona, were among the 51 arrested in Spain and 24 in France.

The smugglers charged the Chinese citizens up to €50,000 ($66,000) to provide false passports and other necessary permits to leave China and enter Europe or the US.

The Chinese were sent to destinations including Britain, Spain, France, Greece, Italy, Turkey and the US. Those who could not afford to pay in advance were locked into repayment schemes that often saw them end up in prostitution, investigators said.

The European law enforcement officers have not revealed to what extent the people-smugglers were associated with Chinese organised crime. But they explain that “employees” of the organisation would provide safe houses for the Chinese “passengers”, while false documents were prepared, usually for entry to the UK or US. The group “pinned” or shadowed the migrants throughout their journey. This was said to have been undertaken by fully trusted members of the gang who had in-depth knowledge of airports and cities on the transfer run.

The organisers constantly altered the routes and documents used to move people based on the success or failure of previous trips, in order to better avoid detection of their charges.

The transportees were given instructions on how to pass unnoticed at border controls and were advised to camouflage themselves among tour groups, investigators said.

The gang’s main European hub is thought to have been Barcelona’s Prat de Llobregat airport, with the city acting as a springboard to the passengers’ final destinations.

The smuggling organisation is said to have been well structured and hierarchical, with its chief based in China and established independent cells operating in different countries with “the greatest secrecy”.

A total of 81 false passports from countries including Taiwan, Korea, Malaysia, Japan, Hong Kong and Singapore were seized. All the counterfeits had been produced in China.

The total number of people to have been smuggled from China remains unconfirmed. 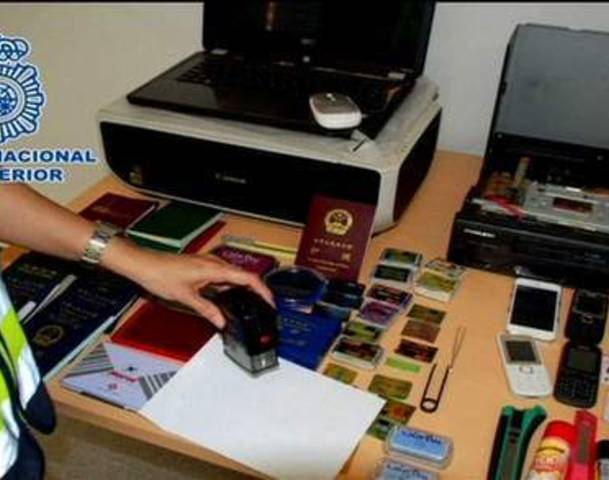