Time goes by and it doesn’t feel like five years since we celebrated SWEA Bangkok’s 15th Anniversary. That evening was held at the private club “Pacific City Club” and we were having our men joining us. Now, we are celebrating SWEA Thailand’s official 20 year anniversary!

We met at Restaurant Baan Khanitha on the 4th floor at Icon Siam, probably the biggest shopping mall in Asia. Here we enjoyed a glass of bubbles before embarking the cruiser for an approximately 2 hour’s tour along the busy river Chao Phraya, while enjoying a delicious dinner. SWEA Bangkok’s current president Mrs. Eva Steinbach and the board, greeted us warmly. It’s always amazing to spend time on the river and along the tour you pass many well-known landmarks. This is a cruise I can recommend everybody to take, you will not regret it. 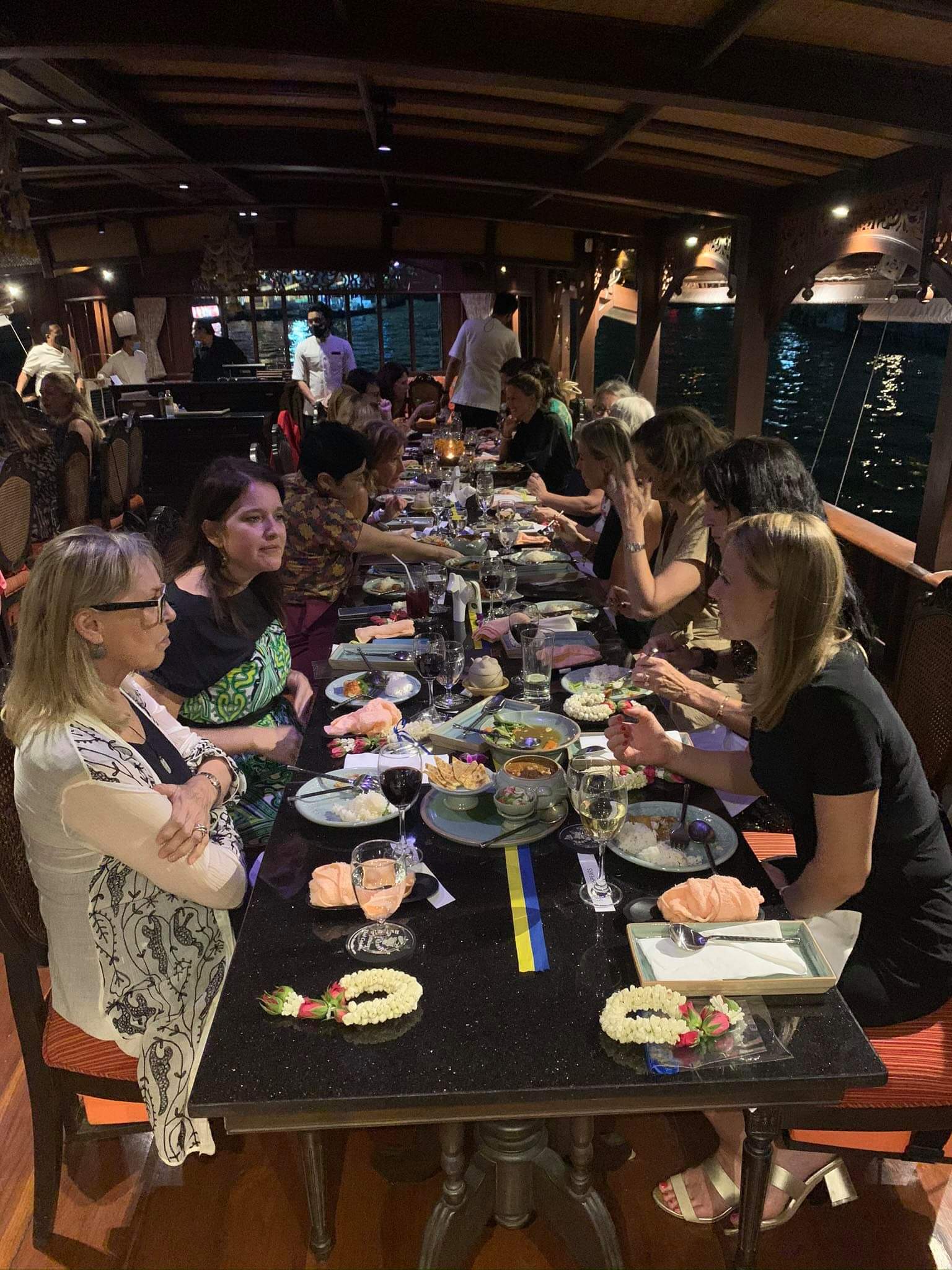 SWEA has, during the past years, had several events at the Baan Khanitha restaurants and it has always been successful events.
This evening was no exception. Food, wines and the atmosphere couldn’t have been better.

The history of SWEA Thailand goes actually back to 1998, when SWEA Bangkok first saw the daylight. At that time, it was, however, only as a sub chapter to Singapore. This is a common and clever way to start and many of today’s existing chapters started as subchapters. You have a kind of “elderly sister” to look up to and learn from.

Then, in year 2000, Susanne Rapp moved to Bangkok and realized how much she was missing SWEA Singapore. This was where she first got in touch with SWEA. After half a year in Bangkok, she met Mariana Kemvall, a woman who also had spent many years abroad and was missing SWEA as well. They sat down and figured out what they could do.

They started a research among the Swedish ladies in and around Bangkok to see how big the interest would be for starting a chapter. At the first meeting, already 25 women showed up and all enthusiastic. This year has been a weird year with the Covid 19 and we have had to cancel some activities, and some meetings have taken place via zoom or Skype. It has worked well, but of course, it’s so much nicer to meet each other in person.

Last time, many of us from different chapters, met in Dubai; there the Dubai chapter had organized some real spectacular days that we will remember for a long time. We should also have met in Budapest, the beautiful capital of Hungary, but due to Corona it was also cancelled.

SWEA is, if I’m not wrong, the biggest women organization in the world today and all we approximately 7000 members, do our best to promote Sweden abroad, letting people know about our culture, traditions and of course, the Swedish language. The SWEA chapters in Sweden are important for all women returning to the home country. It can sometimes be a bit difficult to go back home after several years in a foreign country, that makes SWEA in Sweden so important.

We are having a very active chapter in Bangkok with many dedicated members and a board doing their best to make us all satisfied. The program group is offering a mixture of events throughout the year.

Now we can look forward to the next coming anniversary that will be the 25th anniversary, but don’t forget, we meet all the time and always having fun.

SWEA is a lady well worth celebrating. SWEA gives us all so much, an incredible network, nice gatherings, interesting presentations, coffee mornings, excursions and a lot more.

If you are not yet a SWEA member, don’t hesitate to join us, just because you are worth it!
HAPPY BIRTHDAY SWEA BANGKOK! Enjoy more photos below 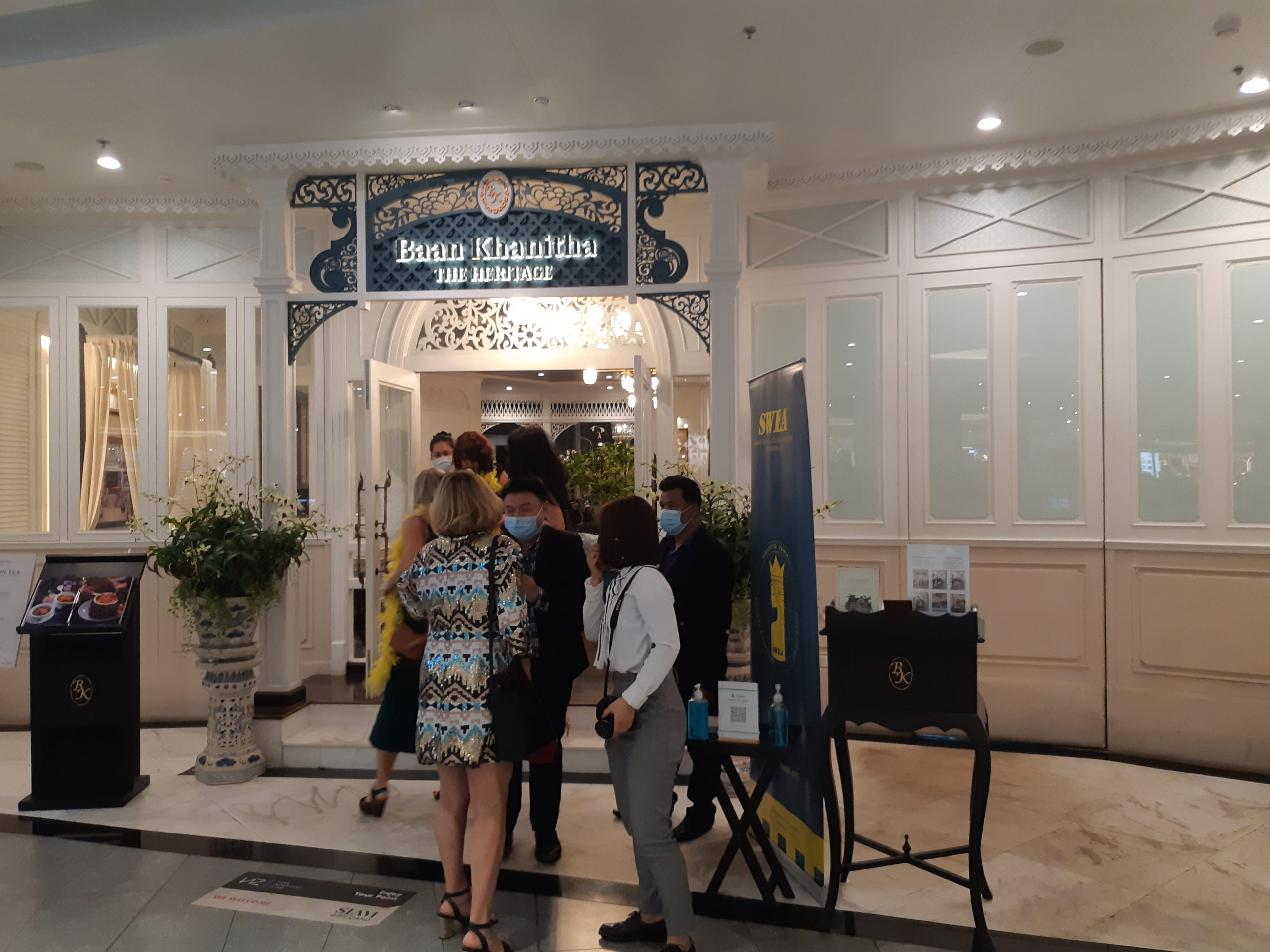 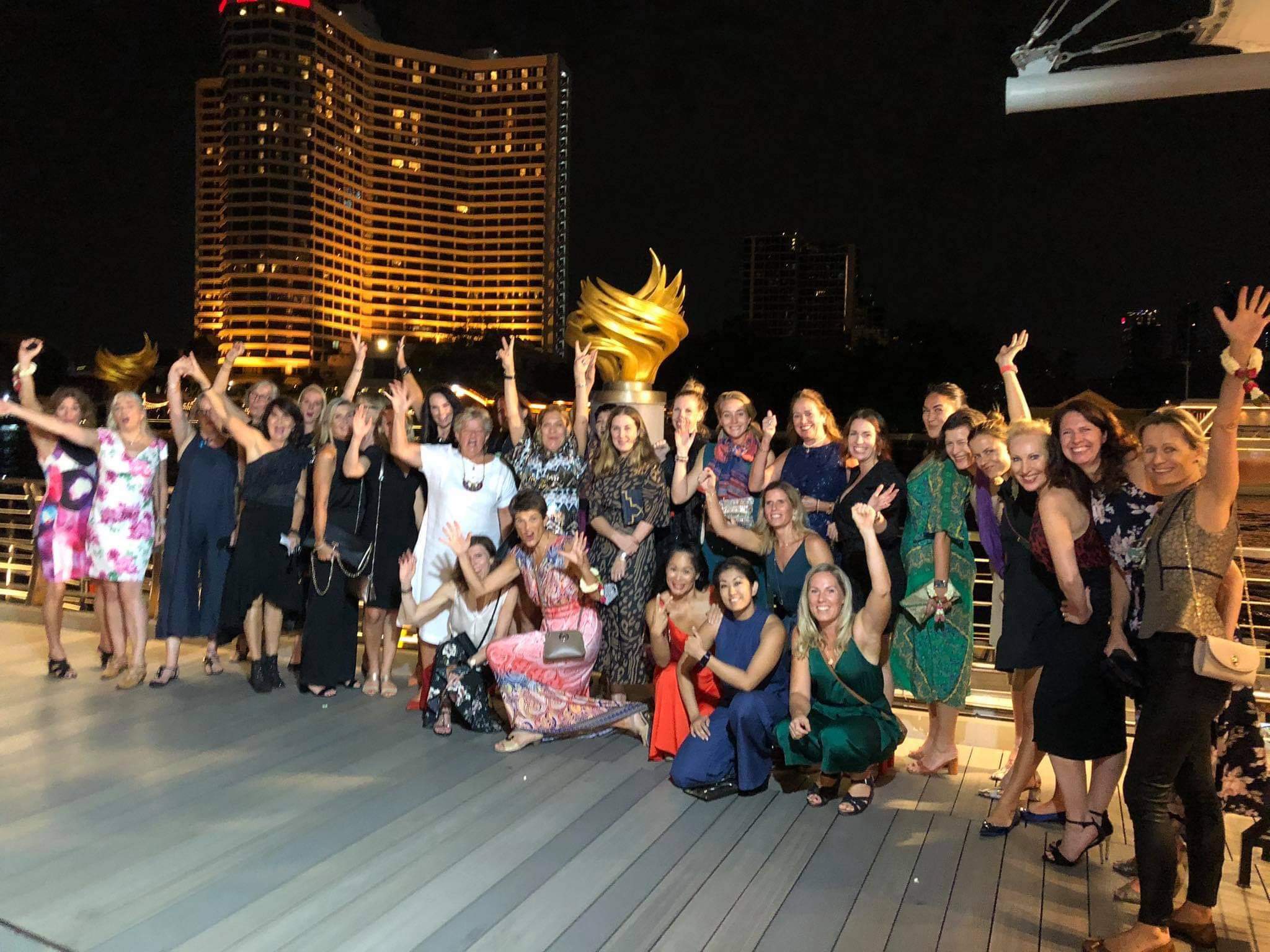 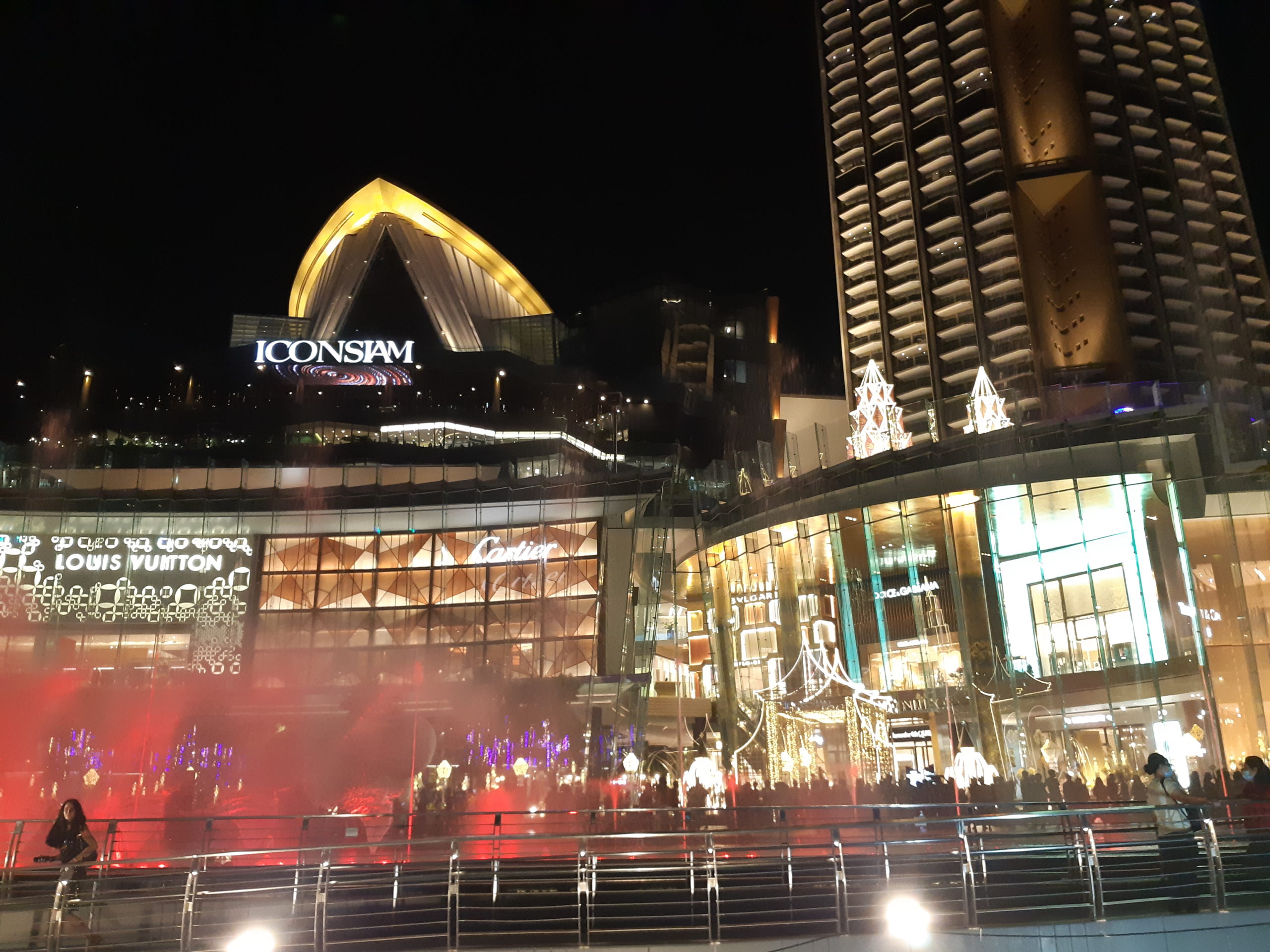