No one could have failed to notice the alarming situation regarding, in particular, plastic litter in the oceans and that many initiatives are now being announced and legislation strengthened. This is paired with an increasing flow of alarming stories how wildlife connected to seas are suffering. As stated by the European Commission (EC), across the world, plastics make up 85% of marine litter. And plastics are even reaching people’s lungs and dinner tables, with micro-plastics in the air, water and food having an unknown impact on their health.

All circumstances combined in 2018 the topic has gained momentum tremendously. The World Environment Day in June put the spotlight on the topic even further.

A World Ocean Summit took place in March and a Global Ocean Institute was launched at conference in Sweden in May, while governments in Southeast Asia are beginning to wake up to the fact that polluting the oceans on the scale they are doing is a very important threat to the well-being of both animals and people, and a big threat to business sectors such as tourism. Left un-addressed for decades the situation for the oceans is now alarming, if not yet at rock bottom. The countries seem to realise that action, not just words, are needed, while plastic consumption just keeps on increasing.

In this context it is striking to see that only now the EU has announced (28 May) new rules from the EC to reduce marine litter. On the other hand it is interesting to note that the EC also highlights that there is business incentive on doing this: “Tackling the plastics problem is a must and it can bring new opportunities for innovation, competitiveness and job creation”

The 10 single-use plastic products most often found on Europe’s beaches and seas (constituting 70% of all marine litter items), as well as lost and abandoned fishing gear will be targeted.

“Where alternatives are readily available and affordable, single-use plastic products will be banned from the market. For products without straight-forward alternatives, the focus is on limiting their use through a national reduction in consumption; design and labelling requirements and waste management/clean-up obligations for producers. Together, the new rules will put Europe ahead of the curve on an issue with global implications,” states the EC.

“This Commission promised to be big on the big issues and leave the rest to Member States. Plastic waste is undeniably a big issue and Europeans need to act together to tackle this problem, because plastic waste ends up in our air, our soil, our oceans, and in our food. Today’s proposals will reduce single use plastics on our supermarket shelves through a range of measures. We will ban some of these items, and substitute them with cleaner alternatives so people can still use their favourite products,” stated First Vice-President Frans Timmermans, responsible for sustainable development.

Vice-President Jyrki Katainen, responsible for jobs, growth, investment and competitiveness, added that single use plastics are not a smart economic or environmental choice. He described the new EU proposals as an opportunity that will help business and consumers to move towards sustainable alternatives. Europe can lead the way, creating products that the world will demand for decades to come, and extracting more economic value from our precious and limited resources.

Companies will be given a competitive edge: having one set of rules for the whole EU market will create a springboard for European companies to develop economies of scale and be more competitive in the booming global marketplace for sustainable products. By setting up re-use systems (such as deposit refund schemes), companies can ensure a stable supply of high quality material. In other cases, the incentive to look for more sustainable solutions can give companies the technological lead over global competitors. 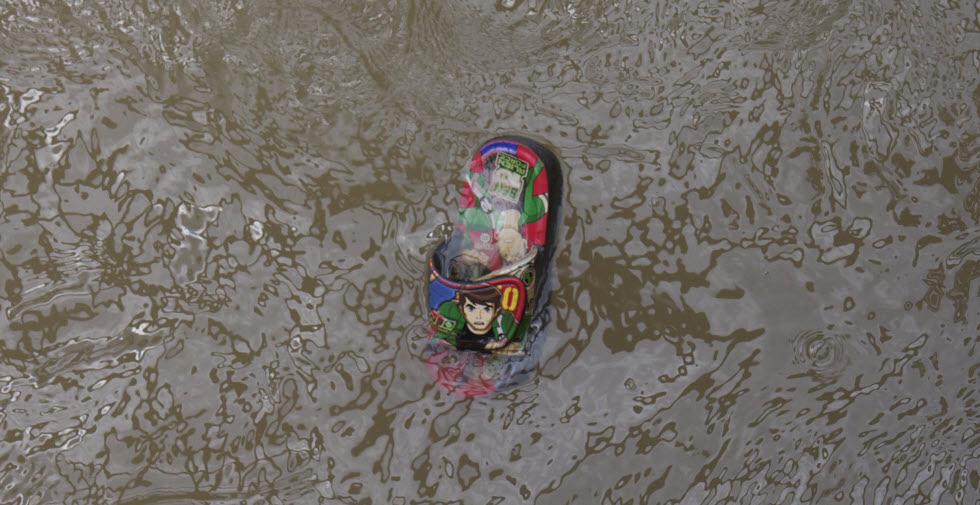 Having already addressed the plastic bags issue the EU now turns the attention to other plastic products and fishing gear.

The ban will apply to plastic cotton buds, cutlery, plates, straws, drink stirrers and sticks for balloons which will all have to be made exclusively from more sustainable materials instead. Single-use drinks containers made with plastic will only be allowed on the market if their caps and lids remain attached.

Consumption reduction targets: Member States will have to reduce the use of plastic food containers and drinks cups. They can do so by setting national reduction targets, making alternative products available at the point of sale, or ensuring that single-use plastic products cannot be provided free of charge;

Obligations for producers: Producers will help cover the costs of waste management and clean-up, as well as awareness raising measures for food containers, packets and wrappers (such as for crisps and sweets), drinks containers and cups, tobacco products with filters (such as cigarette butts), wet wipes, balloons, and lightweight plastic bags. The industry will also be given incentives to develop less polluting alternatives for these products.

Member States will be obliged to raise consumers’ awareness about the negative impact of littering of single-use plastics and fishing gear as well as about the available re-use systems and waste management options for all these products.

The Commission’s proposals will now go to the European Parliament and Council for adoption. The Commission urges the other institutions to treat this as a priority file, and to deliver tangible results for Europeans before the elections in May 2019.

To mark the World Environment Day on 5 June, the EC also launched an EU-wide awareness-raising campaign to put the spotlight on consumer choice and highlight individual people’s role in combatting plastic pollution and marine litter.

Established in partnership with The Nippon Foundation and with generous support from the Governments of Canada, Norway, Sweden and the City of Malmö, the Institute will complement the International Maritime Organization’s (IMO) current and future engagement in the broader sphere of ocean governance.

It is founded on the vision to bring to life a convergence platform where policy makers, the scientific community, regulators, industry actors, academics, and representatives of civil society can meet to discuss how best to manage and use ocean spaces and their resources for the sustainable development of present and future generations.

Its impact-oriented research will work across the sectoral divides in ocean affairs, engage in forward-looking dialogue among representatives of governments, ocean industries, research communities, civil society and other academic institutions, and produce policy and regulatory advice on the implementation of the 2030 Agenda for Sustainable Development and beyond.

In 2018, the World Maritime University (WMU) will celebrate 35 years of excellence in education, research and capacity building. Sweden has also recently appointed an Ambassador for the Ocean, Helen Ågren. “I have been working on different aspects of sustainable development since I attended the Rio Conference as a youth representative in 1992. I really look forward to working together with ocean champions around the world. I will draw on my experience from research, sustainable production and consumption, greening the economy and climate change mitigation and adaptation, as these are important pieces of the puzzle with regard to saving the ocean,” she said upon her appointed.

“It is clear that we humans have severely mismanaged one of our global commons – the ocean. We have failed our children and future generations. However, guilt is not the best driving force for change. Fascination and marvel at the beauty and rich diversity of life in the ocean, as shown to us in the BBC television series Blue Planet II, is a far more powerful driving force. To reverse the current negative trends in ocean health, I believe that we must celebrate progress and highlight good examples, innovations and the devoted people making it possible.”

On 7–9 March 2018, Ambassador Ågren attended the World Ocean Summit in Cancún, Mexico, to share experiences on national ocean policies. “Policy coordination, exemplified by the Swedish maritime strategy for people, jobs and the environment, is key to sustainable development,” she said.

Some encouraging news and initiatives from around the world highlighted in Cancún included the development of a new type of insurance to protect coral reefs, new large marine protected areas established by countries including Mexico, Chile and the Seychelles, and innovations by energetic young entrepreneurs to reduce by-catch and single use plastics.

Together with Fiji, Sweden co-chaired the first ever global conference on the ocean at United Nations Headquarters in New York in June 2017. Called the Ocean Conference, it was a global manifestation placing the ocean at the centre of the sustainable development agenda and resulted in a Call for Action and more than 1 400 voluntary commitments. These commitments are concrete actions to increase knowledge and reduce the pressure on the ocean.

Swedish Minister for International Development Cooperation and Climate, Isabella Lövin, and UN Special Envoy for the Ocean, Peter Thomson, subsequently launched ‘Friends of Ocean Action’. This multistakeholder partnership will help mobilise the energy, innovation and resources from science, technology, business, non-governmental groups and international organisations from all regions of the world to bring about change for the ocean. Cooperation with Fiji is continuing in the Ocean Pathway partnership, which highlights the key link between the ocean and climate change. 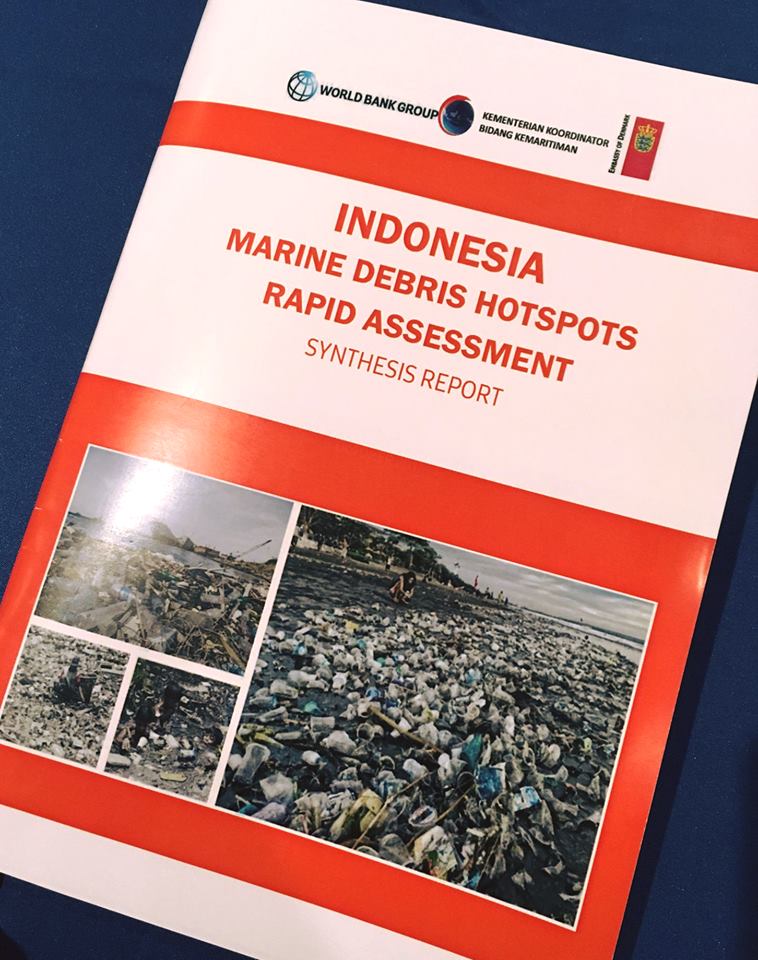 In May the Swedish Chamber of Commerce Hong Kong launched the position paper: ‘Plastic waste – a call for action’, raising plastic waste as an issue that needs urgent action in Hong Kong. The Hong Kong Government was called upon to refine its policies in this area, and to intensify its work with concerned stakeholders and society as a whole.

Elsewhere, Indonesia and the World Bank have, with Danish support, published a new report with important recommendations on how to combat the issue of marine plastic debris in the country. Government cooperation between Indonesia and Denmark will focus on national policies and regulations for reduction and treatment of solid waste.