The handover to China of the former British colony, and this last year of protests and a new coronavirus, are among the milestones when Swedish Chamber of Commerce Hong Kong General Manager Eva Karlberg reflects on her life there. September was here last month in the job, having clocked an impressive 22+ years with the chamber! She also shares her take on life in Hong Kong under the current abnormal circumstances. Eva and her husband have lived in Hong Kong since 1993. Their grown-up son also lives there, while their daughter has moved to the US. “That is the price one has to pay when giving one’s children the whole world as platform,” says Eva.

Eva has not learned Cantonese beyond the absolute necessary, but her son has, and as he will remain in Hong Kong, it gives Eva and her husband a good reason to return frequently – even if they will be retiring soon and spending prolonged summers in their house in famous ‘Österlen’ in the south of Sweden.

“We shall see how we will do about the winters onwards.”

What brought them to Hong Kong from the beginning back in 1993 was her husband who is a physician, and who got attracted there for medical research. Eva, who has a background as physiotherapist, was doing her doctor thesis in Sweden when they decided to move to East Asia.

“I was hired for research projects at the faculty of medicine at Hong Kong University and worked there for five years and enjoyed it. But in 1998 someone suggested that I apply for the General Manager position. I was shortlisted and appointed, with the intention to stay for three years.”

She started in March 1998 and September 2020 was her last month in the job. She also resigned four years ago when her husband quit his job, when they planned to move to Sweden. However he soon got new assignments and they decided to stay – and then the chamber decided to keep her. But this time it was definite. Christian Bergenstråhle has taken over the role.

“Now it feels like there is need for fresh blood to come in and start reaping the fruits of the opportunities made possible with new technology, and adapt the chamber a bit; to move on with the times. I am sure that will be needed,” Eva reflects.

She feels that her goals at the chamber have been achieved: today to a large extent driven by members and being an organisation that is really appreciated.

“I really feel that it has been given an increased role, because it has become a platform for meeting and exchanging experiences and that has meant that we now have member community- and support groups. For instance, it can be ten CFOs, or HR managers from different Swedish companies who meet regularly on their own initiative, but with SwedCham as platform, to bring up urgent matters. It can be how to do if one’s employees want to work too much from home and similar common topics, and everything of course stays confidential.”

“We also have experience-sharing luncheons and meetings with CEOs of our Swedish and Swedish-related companies, where one discusses current affairs –again with full confidentiality. And I experience that via this the chamber’s role has really strengthened during this recent period with unrest and the pandemic. And looking historically how the chamber role has changed, it has gone towards being more and more member-driven; with more committees and support groups with 70-80 members driving the chamber forward. In the beginning it was the large Swedish corporations that one was part of, but not so engaged in the chamber. It was more as something to have there and that one should be part of, but nothing more. But now, members are active; forming the organisation and using it to develop one’s own company. Position papers are produced to the government from our sustainability committee and so on. The engagement is on a much higher level than was previously the case!” 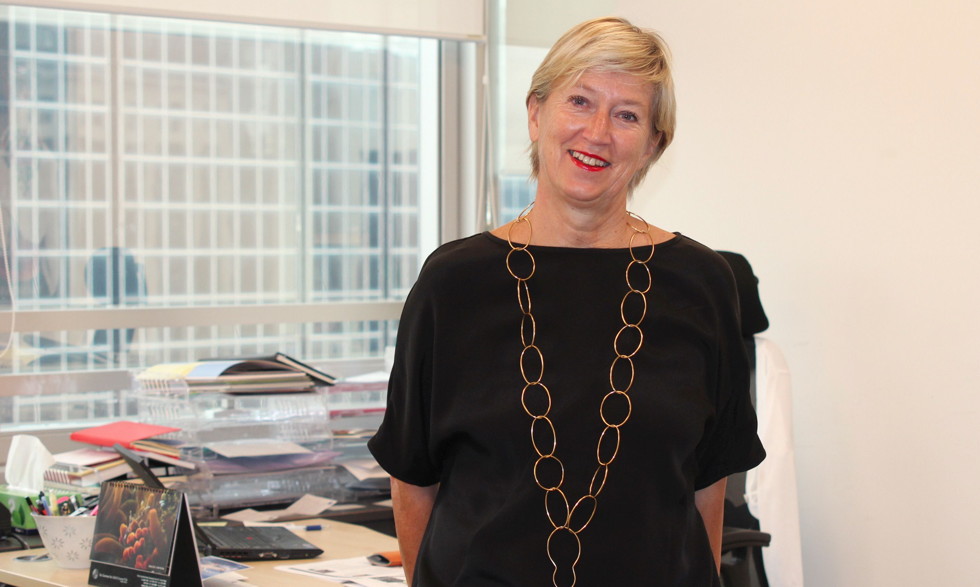 “Colleagues at Swedish chamber of commerce organisations in Europe say: ‘It’s easier for you as you are so far away from Sweden’. And they probably have a point. One feels one wants to belong and can work together. And Hong Kong is geographically small so it’s easy to get around.”

Another recent step is that the management of the various Swedish business organisations in the Asia-Pacific have initiated dialogue.

“We met physically for the first time in Hong Kong last year. And with the situation we are having with Covid-19 we now have virtual monthly meetings, where we exchange information and experiences. So it really feels like the world is getting smaller these days.”

“I have also been on the Board of Swedish Chambers International (SCI).”

And, not to forget, the Team Sweden partnership is core: “We have a really good collaboration. From the beginning, when the Sweden floor opened up, we were the Consulate General of Sweden, Business Sweden and us, which was ultimate; with spontaneous daily encounters over coffee and so on. Business Sweden grew out of the premises and moved to another place, but that has not made our collaboration less good. We continue doing things together. We have even been awarded for our Team Sweden collaboration.”

In Hong Kong the chamber was started by 44 Swedish businesses back in 1986. Today they have around 170 company members, 40+ individual members and 25 young professionals (a category intended for younger people employed in companies).

Since the outbreak of Covid-19 travel within Greater Bay Area is however very restricted. If getting approval to cross the border between Hong Kong and China quarantine would apply both ways.

“We know that 65 per cent of our members have regional responsibility, and 85 per cent of those conduct business in China. Normally travelling is taking place constantly – between Hong Kong and China, but also within the region. And that’s currently not possible. So they are for sure affected, and are starting to feel the impact of why one is in Hong Kong, which is because it’s a regional hub, and right now that is not really working as it should.”

“In recent years we have really promoted Hong Kong as a gateway to Greater Bay Area and we are certainly hoping this can return within shortly,” she adds.

“But the business sector is affected in the sense that one is no longer seeing the future to be as rosy as before concerning the business climate. We do not have any Swedish company that has decided to leave but they are taking a wait-and-see attitude regarding how much the new National Security Law (NSL) will affect Hong Kong.”

“In the recently launched Business Climate Survey from Team Sweden businesses are of the opinion that the NSL will affect their businesses to a great extent in the long run. And yet they are profitable and business is still going well.”

“But Hong Kong is suffering like many other tourist destinations, since 98 % of the tourists are absent; so retail businesses, hotels and restaurants all are suffering badly. The large majority coming here are normally from mainland China.”

“There has never been total lockdown, but some restrictions. We have been able to visit restaurants and live a pretty normal life and now we are allowed to go out dining, but only four persons can sit together.”

During the political protests the Swedish chamber could operate almost as normal. However, we had to cancel our annual Crayfish party for the very first time, due to there being protests in the same area as the venue on the same weekend. And it also didn’t feel right to celebrate something while there were ongoing protests.”

Covid-19 is also part of this last year – which is selected as one of the milestones from Eva’s many years in Hong Kong. “Last Christmas we felt that things were calmer, but one month later we got the Covid-19. And then the new NSL came in the end of June. The enactment of the NSL has created a high degree of uncertainty. Despite these challenges during the past year, Hong Kong remains an important business hub and market for the Swedish business community.”

In a way Covid-19 compares to Eva’s second milestone, which is SARS (the 2003 coronavirus outbreak). But one is much more aware today; also equipped with much better technical possibilities and communication tools compared to back then, when it was up to everyone whether to go to the office or remain at home. Looking at Hong Kong at large I think it was well prepared thanks to having experienced SARS at first hand. This made them react promptly here in terms of closing the borders. During SARS the borders were not closed down and the airport stayed open. That has not been the case now.”

“It’s something I will always remember, because people left in hordes; not least the international business community. Flights repatriated different nationalities. I decided then that the chamber would remain operational, and stayed on, while most employees returned to Sweden with their families. Single business men or women also remained and I felt the chamber would be very important for them. We mapped all the places that had outdoor terraces and met weekly in such venues, to support each other. It was a special time, and it felt very unsecure because one did not know how SARS was spreading,” she remembers.

“I decided to entrust a taxi driver, and he picked me up every morning and drove to the office. When eating in restaurants one was pretty much alone. And Hong Kong was standing still. We were in low mood.”

Her third milestone goes further back in time to 1997 and the handover of the former colony to China. “I remember that day. The rain was pouring down and then people said: ‘Hong Kong is crying.’ And we were together with some British who had lived here for a long time. We were at the Mandarin Oriental overlooking the British royal ship which brought out Governor Chris Patten from Hong Kong. Some people were convinced that the People’s Liberation Army would march in to Hong Kong the same day.”

Other than this–in terms of ease of doing business–Hong Kong has long had the reputation that one can arrive on a morning flight, and have a company established within the same day.

“As previously it’s very easy to establish a company here. What has become slightly trickier is the process to open a bank account. Within the international business community one has brought this up with the government in meetings, so it has been on the agenda recently. Various help desks have been set up, because businesses end up in a tight spot. One wants to attract small, innovative companies to establish here – so to open a bank account has to be smoother,” Eva explains.

Last out in this story is Dragon News, the member magazine, which SwedCham Hong Kong produced in collaboration with the Swedish Chamber of Commerce in China

“We had the magazine until two years ago, and then went entirely online. We kept on doing that until last year but it did not work well, so we no longer have Dragon News as a magazine, even though it stays on with the same name as articles posted on our website, www.swedcham.com.hk.”

Eva hints that perhaps the incoming Managing Director might re-launch it. We shall see… What Eva Karlberg herself will be spending her time doing next is doubtlessly an unwritten chapter.