In another boost to Finland and China’s cooperation on environmental issues, GreenStream Network, a Finnish energy management services firm, has signed a deal with an affiliate of the State Grid Corporation of China (SGCC) the largest electric utilities company in the world.

The deal is with Beijing SGEPRI UHV Transmission Technology Co., Ltd, which operates under the China Electric Power Research Institute and is directly affiliated to SGCC.
SGCC transmits and distributes power in China, whereas SGEPRI conducts research and development in all fields of the power system and its relevant fields. 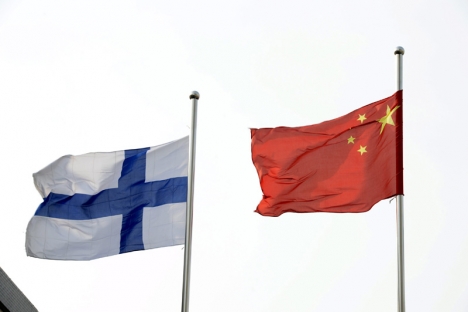 As China seeks to implement ambitious energy efficiency targets, the partnership will assist one of the key energy stakeholders in China to find solutions in the transition to a low-carbon economy.
The signing ceremony was attended by the Finnish Prime Minister Jyrki Katainen and Minister of Environment Ville Niinistö.
SGCC’s businesses cover 26 provinces, autonomous regions and municipalities in China. Its service area represents 88 per cent of the national territory and supported by more than 1.5 million employees

The deal will enable the further expansion of GreenStream’s EMC business model whereby Finnish technology is delivered to installations in China in return for revenue from the energy savings created by such equipment. The EMC scheme is strongly supported by the Chinese Government as a key tool in its transition to a low-carbon economy.