In Sweden, you only saw a few people wearing a mask and they were all foreigners. The Swedes take Covid/Omicron on the light shoulder and don’t let the viruses influence on their daily lives. Of course there are still people catching it and getting quite ill, but nobody really talks about it.

This August, SWEA (Swedish Women Educational Association) was able to host the traditional Summer dinner after a few years break. Malmö was hosting it and the Malmö chapter had organized a few fabulous days, with the gala dinner at newly renovated Rådhuset, the Townhall in Malmö center, as the peak. The evening before the Gala dinner, several SWEOR from all over the globe, gathered together at LOKAL17, a place there Malmö meets the sea. Here we had the opportunity to catch up and meet old as well as new friends. Food was prepared with much love, healthy and tasty, the wines were chilled and tasted delicious and the atmosphere was on the top. 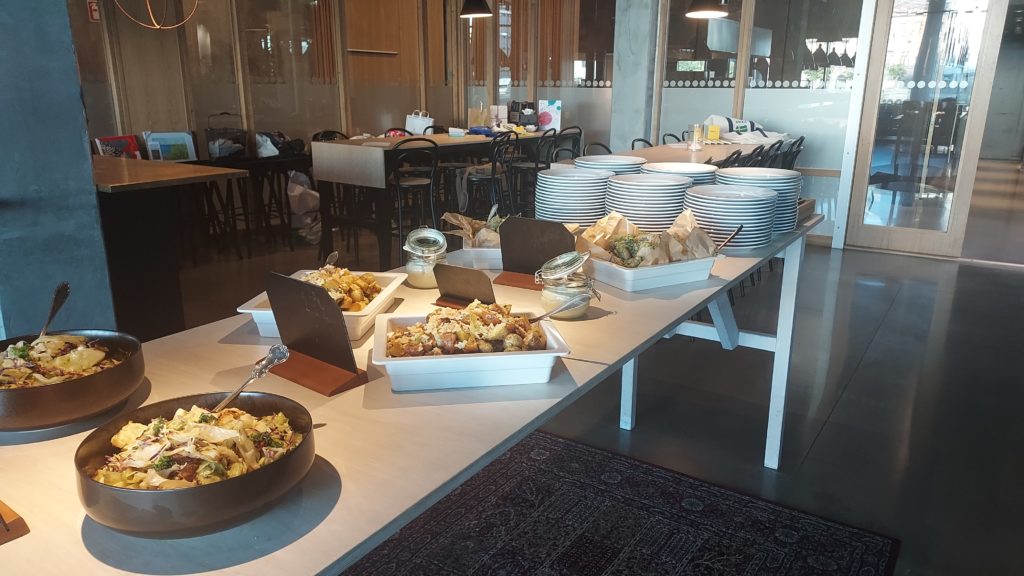 It was a fantastic evening that ended on the rooftop with a magnificent view over Malmö’s inlet and with an almost full moon, magic is the word to describe it. 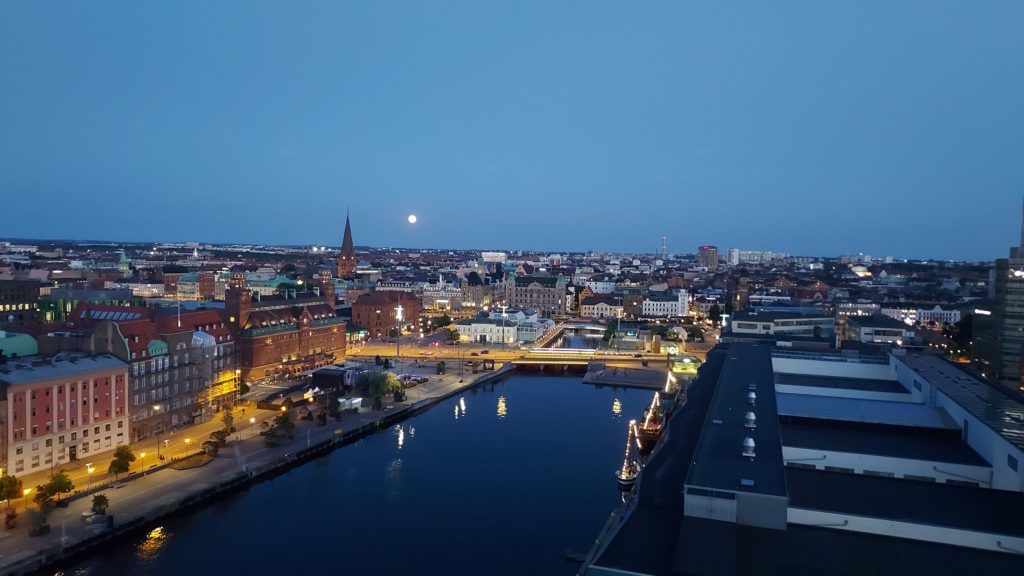 Next day started with a boat tour on the channels followed by lunch, or a visit to Form Design Center, Hedmanska Gården, one of Malmö’s cultural treasures.

On Thursday August 11, many of us got together to attend the festive giving away of SWEA International’s scholarships at the Townhall. With a glass bubble in our hands we saw the two fellows Lisa Raeder and Sigrid Schada-Helin Sulhav, receive the scholarships for Intercultural Relations instituted by Agneta and Gunnar Nilsson and Ingrid Paskell’s scholarship for the performing of arts. (Agneta Nilsson is the founder of SWEA). After the tribute ceremonies, we went up the stairs to the beautiful dining room, Knutssalen, witch dates from the 16th century and with the most marvelous crystal chandeliers. 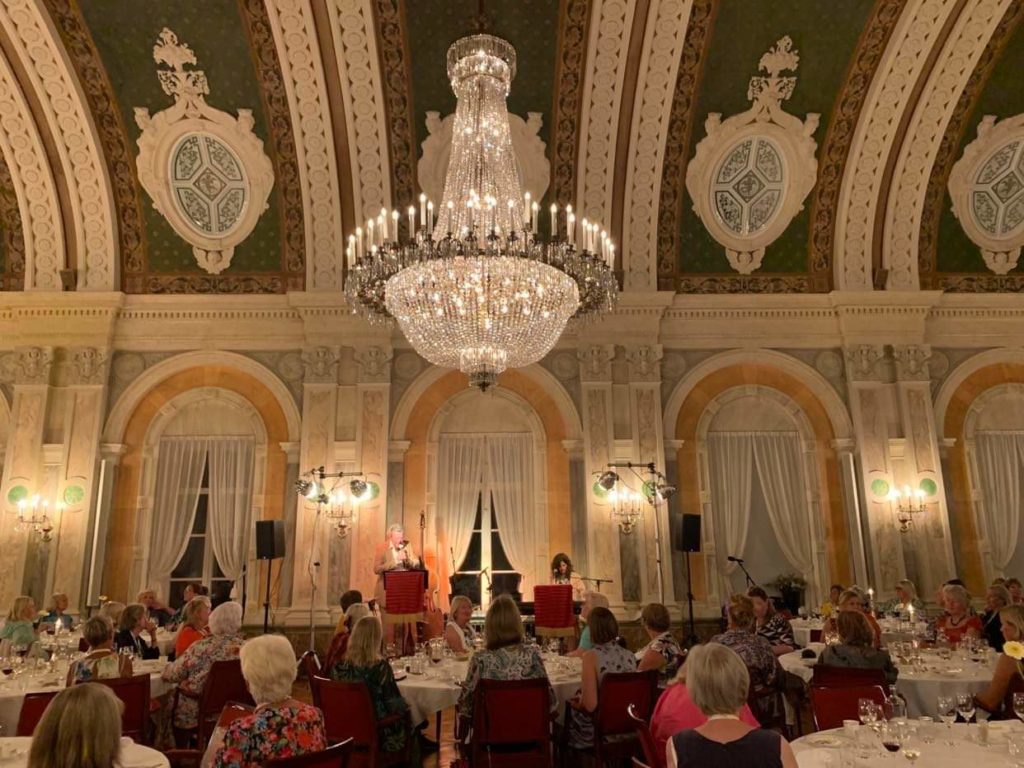 A delicious 3 courses menu was served and accompanied by good wines. The SWEA International’s president, Catarina Hansson from the Perth chapter, delivered the welcome speech and said she was both happy and proud to greet 130 Swedish women from almost every corner of the world. Also SWEA Malmö’s president Britta Hammargren, greeted us warmly. 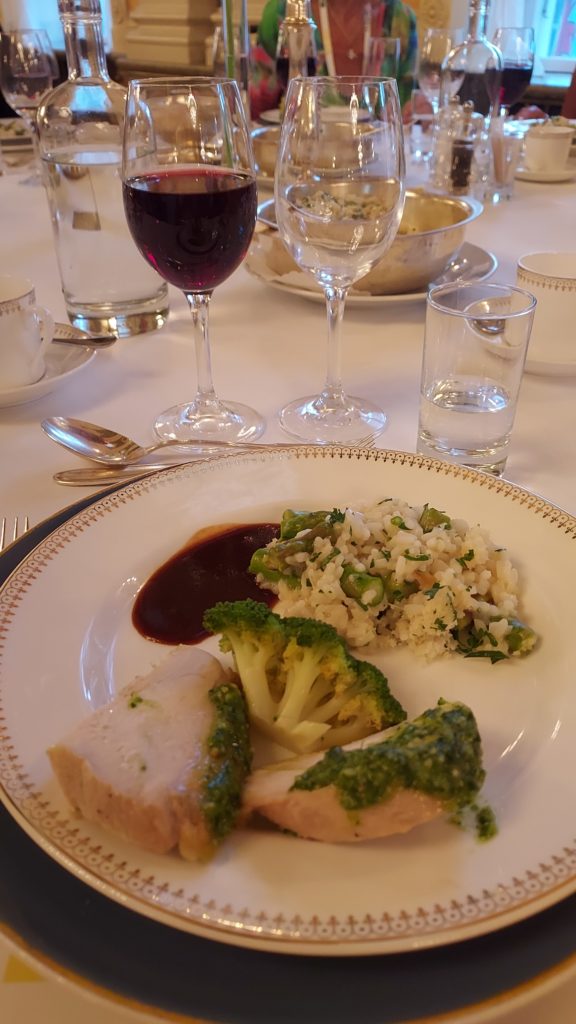 Next summer dinner will be hosted by SWEA Gothenburg and its president Paula Hasselgren received the Swedish flag,  once assigned from the Swedish King Carl Gustav to SWEA International, from Malmö’s president Britta Hammargren. By the coffee after dinner, the musicians and siblings Caroline and Harald, who call themselves “A Half French Band” entertained us with chansons in Swedish and French. An evening worth remembering. A huge thank you to SWEA Malmö. The day after our gala dinner, SVIV, Svenskar i världen (Swedes in the world)  and its general secretary, Cecilia Borglin, opened a half day conference with SWEA Professional and was followed by a speaker from ODDBIRD, producer of non alcoholic beverages and its presenter Jennifer Gidefall. ODDBIRD was founded by Moa Guerbuezer in 2013, a sociologist and family therapist with 20 years experience, who talked about alcohol related problems. The conference was finished with a nice lunch and opportunity to network. 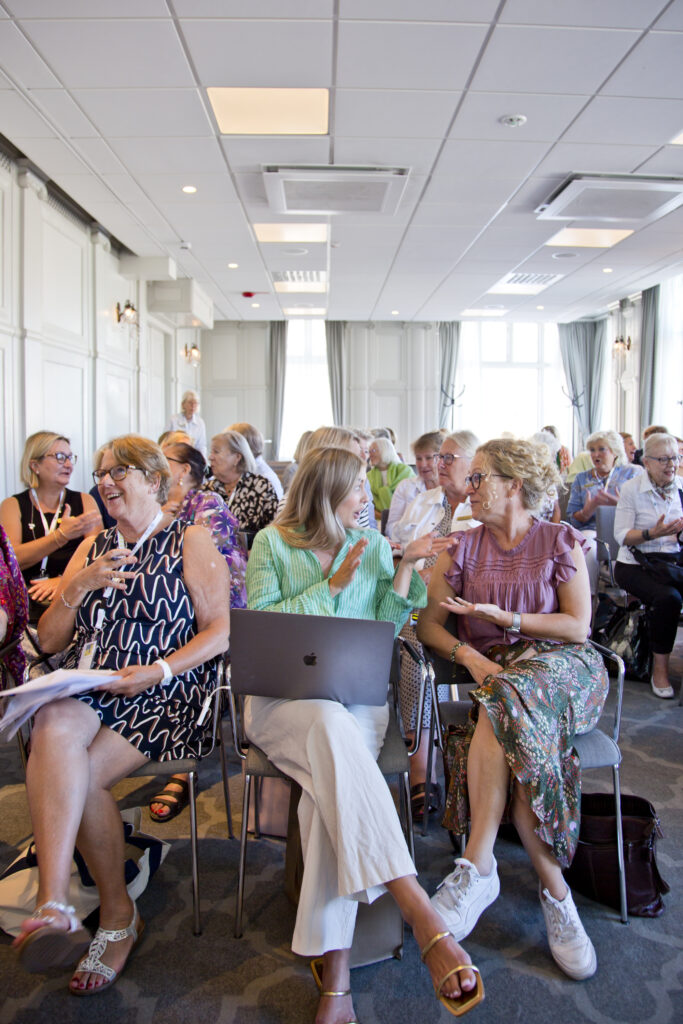 Those days were absolutely great. If you never have been attending a traditional SWEA Swedish summer dinner and you are a SWEA, you should, it’s a must.

SWEA Bangkok attended those days and was represented by the president Fredrika Björklund and secretary Agneta Bekassy de Bekas.

If you are new in Bangkok, please come and join us. We are active every month, except for a short summer break and we have a lot of fun. If you are here due to work, we suggest you also join our SWEA Professional. SWEA is giving you a chance to meet other Swedish women in pleasant ways and its network is outstanding. Do it because you are worth it!