On September 5, Swedish Women’s Educational Association (SWEA) in Beijing gathered 17 of its members to walk the wild stretch of the wall between Lianhuachi and Mutianyu. With a clear sky and nice weather condition, a group of eager hikers enjoyed good views of the restored Mutianyu section. Also, they could see both unrestored and restored wall in one tour. The SWEA hikers took only a few hours to walk on the wall between two points as the site is close to Beijing compared to most of the other wall sections. Parts of the adventures were some steep sections, a number of partly destroyed watchtowers, and areas of the wall covered with lichen and bushes.

SWEA Beijing is a part of SWEA, a global non-profit organization for Swedish speaking women who live or have lived abroad. Members gather to enjoy Swedish language, culture and traditions. With its network worldwide, SWEA provides support to Swedish speaking women living abroad, arriving in a new place or returning to the home land.

Today SWEA has approximately 7,500 members in 73 local chapters in 33 countries across five continents. 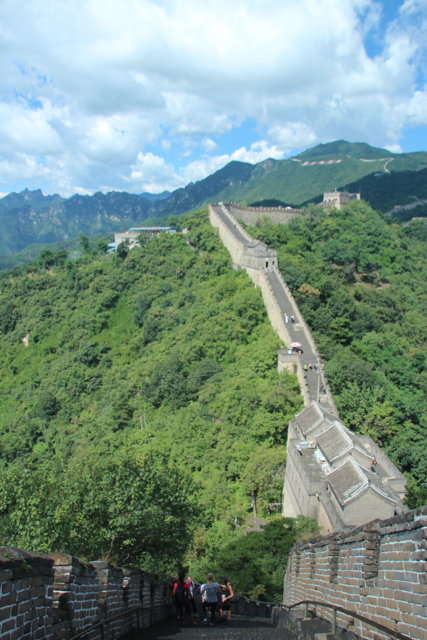