The European Union Delegation in the Philippines is launching several activities to celebrate the 2021 International Women’s month, including a cycling tour, a series of film screenings, dialogues, and roundtable discussions that advocate for gender equity and gender equality.

The EU Ambassador to the Philippines Luc Véron said , “It is imperative to ensure the well-being of society and to foster economic growth, prosperity, good governance, peace, and security,” adding that gender mainstreaming is high on the agenda of the EU in the Philippines.

“The EU ensures that programs implemented in the country are screened through a gender lens taking into consideration the needs of women and girls,” he added.

On 21 March, Véron will join Filipino bikers and other European envoys such as Ambassadors Saskia de Lang of Netherlands, Michel Goffin of Belgium, Grete Sillasen of Denmark, and Michèle Boccoz of France for a solidarity ride titled “Empowering Women thru Cycling”

The cycling tour will start from Intramuros going to Rizal Park, with SM Mall of Asia as the last stop.The cycling group will do a short stop at the Binhi ng Kalayaan to highlight the important role of women who fought for the freedom of the country.

A culminating program will then feature stories of seven women whose activities in their daily lives and pandemic have helped their communities.

More activity for March is a series of roundtable discussions on important women’s issues are scheduled on 15 March, on governance on 22 March, and SPARK Conversations: Women and Feminine Health on 29 March. 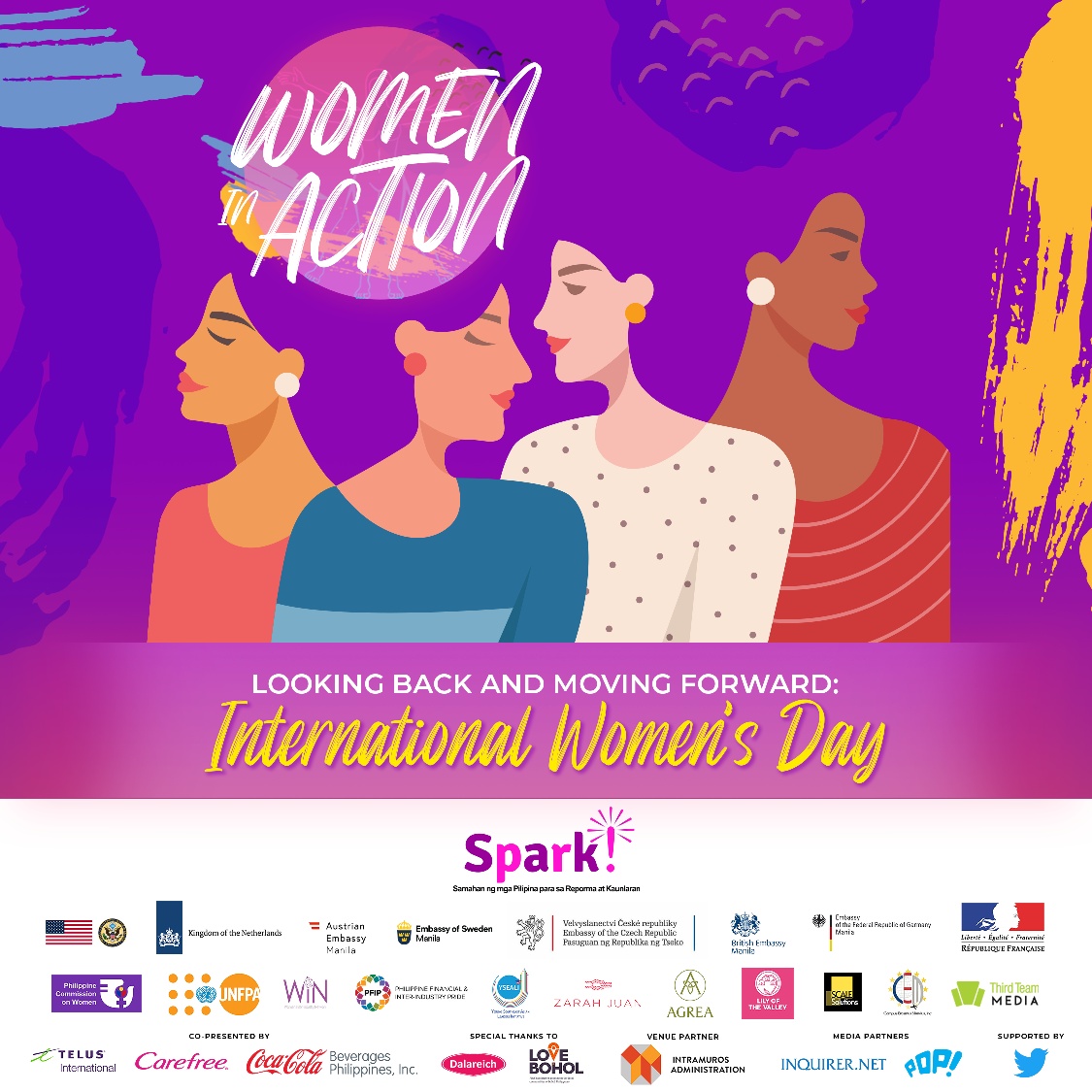 The EU Delegation and the Foreign Service Institute will also conduct a “Women in Diplomacy” webinar on March 22, from 2 to 4 p.m. to discuss the state of play in gender equity and gender equality in diplomacy.

In the coming days, it will lead a discussion for journalists and editors titled “NO JOKE! A Conversation on a Gender Fair, Inclusive, and Empowering Philippine Media” on March 29, April 5 and April 12 together with Miriam College’s Women and Gender Institute.

All films are subtitled in several languages, including English, and are available for streaming free of charge until March 10 on the IFCinéma à la carte website

Sweden supports Women in Action in the Philippines