The St. Regis Bar and The Lounge invite throughout the month of November guests to try a Scandinavian inspired Afternoon Tea by Michelin-Starred Chef Sayan Isaksson, who was born in Thailand, but grew up in Sweden.

This is not a trip down nostalgia road – for most Scandinavians the delicacies have never crossed their lips before in their lives. They have exotic names like “Oyster shells” with Hamachi and caviar, Dill prawns wrapped in kohlrabi, Pigeon and mushroom pithivier, Ginger pudding with crystalized ginger, and Almond milk panna cotta with poached rhubarb.

In its announcement of the event, The St. Regis writes that Chef Sayan’s “unique style brings together global culinary influences, together with contemporary Scandinavian flavors and styling, adding theatrical visual drama, underlined by technical excellence.”

Should you by now be curious, how a theatrical visual drama tastes in the afternoon, you can make a reservation by phone to +66 2207 7777, or email The St. Regis Food and Beverage department at fb.bangkok@stregis.com.

The Scandinavian inspired Afternoon Tea is served in unique and delightful bites from 2.00pm to 5.00pm daily and offered as a set for two persons at 1800 THB.

Chef Sayan Isaksson was born in Thailand, but only 3 months old, he was adopted by Swedish parents. He first became well-know in Sweden for his Esperanto restaurant, formerly in Stockholm, which he opened in 2005. Here, he won his first Michelin star in 2007, retaining it until the restaurant closed earlier this year.

Esperanto was also awarded the highest food score ever, 40/40, by The White Guide, considered the most authoritative guide in Sweden. He and his team thus earned the title of ‘Restaurant of the Year’ in 2016. Diner’s Club also listed Esperanto in their ‘50 Best Restaurants Academy’.

Chef Sayan opened two further outlets in the same building as Esperanto, namely the 1-Michelin-Star Imoutu and Shibumi. In 2015 and 2016, two years in a row, he and his team were given the honor of catering for the prestigious Nobel Banquets.

Here are some photos, how the delicacies looks: 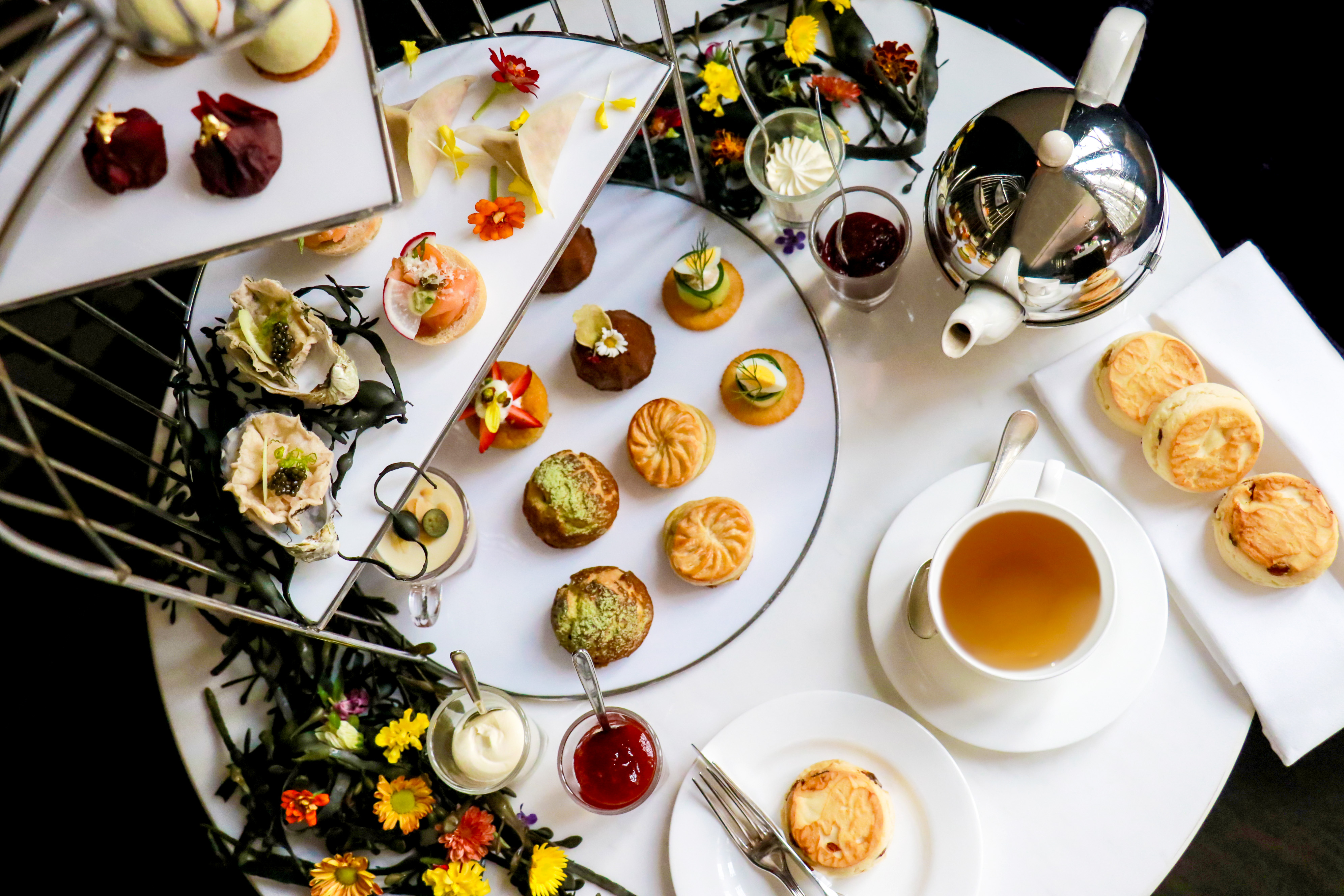