Yechiela Pojanamesbaanstit is tired of people thinking she is a prostitute just because she is Thai.

In October 2015 she wrote her first article to the Danish newspaper Information. It tells a story about a modern Thai woman being fed up with the outdated stereotyping of Thai women today. Being a Thai has caused her many unpleasant experiences, but she cannot and will not change her “slanted eyes” – instead she will open up the eyes of the narrow-minded.

“With my nationality and my Thai face, people have the same prejudice: they think I will take their husbands or boyfriends or that I might be a prostitute,” Yechiela says.

Yechiela has no interest in stealing another woman’s husband. Not at all. Instead, she is interested in renewing the typical Western assumption about women from Thailand. She believes in change and education and that the freedom of speech is the key to make this happen. Not until she came to Denmark she feels able to speak her mind and challenge society without being afraid or punished.

In 2015 she fled from Thailand to Denmark where she is seeking political asylum. With Denmark guaranteeing its citizens freedom of speech, Yechiela thought she would find a nation with a broader mindset, but instead was disappointed to experience something else.

“You never expect any Thai woman to be a refugee in Denmark. No, we Thai women are considered to be economic migrants, and it’s very rare to think we actually come here to seek legal protection and political asylum,” says Yechiela.

In the beginning the wrong view on Thai women was not the issue nearest to Yechiela’s heart. After living in a Danish asylum center, where she was judged and generalised not only by Danes, but also from the other asylum residents, all these prejudices drove her to fight and protect the dignity of being a Thai woman.

“I have to fight with so many Iranian asylum women who gossip about me, Arab asylum men who try to convert me to a Muslim woman instead of an ”unholy” Thai woman, and the Danish staff women think that I do prostitution work every time I leave the asylum center for the city,” she tells.

If they had not jumped to conclusions but followed her when she went into the city, they would have seen that in fact she went to visit the main library in Aarhus. If they had tried to speak to her, they would have found out that she is an ambitious woman who believes in God, and working hard to speak the voices for many Thais. She is anything but the distorted stereotype of a “Thai prostitute”. She is a modern woman. 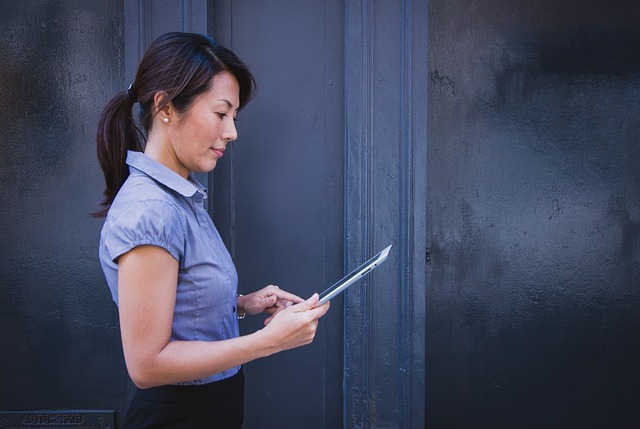 “No one believes I am a woman of dignity”

Her wish for renewed view on Thai women was conveyed to the general public in October 2015 when the Danish newspaper Information published a total issue only written by refugees in Denmark. In her article ”Ingen tænker, at jeg er en kvinde med værdighed” (=No one believes I am a woman of dignity) Yechiela promotes the educated Thai women who provide themselves or/and their families by making a living by being local politicians, making street food or women who starts their own business and open shops; women, who turn their back to the sex industry in Thailand.

Several months before this particular issue of the newspaper was being produced, she already contacted several Danish journalists and people from International Media Support (IMS) in an attempt to report her view on the military dictatorship and the monarchy networks in Thailand. In the meantime, a journalist from Information got in touch with Yechiela and wanted her to share her experience being a refugee in Denmark

“The head of the group from IMS is currently grouping me and other refugee reporters together, so we can continue our jobs from our previous countries. A woman from Information visited us and asked us to tell our stories, and this is how I started my career with Information newspaper,” says Yechiela.

Her passion for justice and her writing skills turned out to be of benefit to her inside the asylum center too. She wrote to the boss of the asylum center every time she experienced unfair treatment, and she reported to the Danish Immigration Service too. Now she has received help from DIS to communicate between their asylum center’s staff with her.

“They start to show respect for me, and they feel both shame and guilt for at first having jumped to conclusions so fast. In the beginning they did not have enough wisdom to look deep into Thai society and the refugee issue from Thailand,” Yechiela says.

She will continue to fight against the prejudice about Thai women. She knows it will take long time, but it is worth it. According to her it is not easy to constantly being judged and always being suspected of being a sex worker. Her hope and dream for a better world is stronger than any painful experiences.

“I thank God to protect me from all my problems and for healing my heart from all the suffering beings a Thai woman in Denmark,” she says.

Using the tool ”freedom of speech” might be the key for her open the eyes of the world and reduce the lack of vision. Yechiela Pojanamesbaanstrit has already opened up for a debate of a new view and will continue doing so.