On an auspicious date, number nine, in the month of March 2016, the moment had finally come: to unveil the much-anticipate new generation of luxury Volvo Cars to the Thai market.

‘A New Beginning’ was the appropriate tagline as Volvo Cars Thailand hosted their customers, VIP’s and the press for a sparkling and Nordic-inspired launch event at Central World square in the heart of downtown Bangkok.

With an ember black metallic and an interior in soft beige, the highly praised and most successful car model for Volvo Cars ever, the XC90, was unveiled, driving out onto a rotating stage from behind a stroboscope-flashing scaffolding-like sliding wall, magnified  with live-singing from  Miss Thailand World 2014 Nonthawan ‘Maeya’ Thongleng, who was elevated high up in air. The first cars of this model that marks this next chapter in Volvo’s history had in fact arrived all the way from Sweden to highly anticipating Thai customers after a long wait since its launch back in August 2014 of which 24,000 were ordered before it had even reached Volvo showrooms.

But fist out on stage to welcome all attends was Volvo Cars Thailand’s new Swedish Managing Director Anette Andersson.

“We are very excited and proud to introduce, for the very first time in Thailand, a new stunning SUV, one of the world’s most luxurious and safest cars and that comes with the most cutting-edge technologies available today,” began the MD, while slowly strolling confidently up and down the stage.

The date for the launch had been picked with much consideration: nine being a lucky number in Thailand, having the meaning ‘moving forward’ as well as signifying ‘journey’. 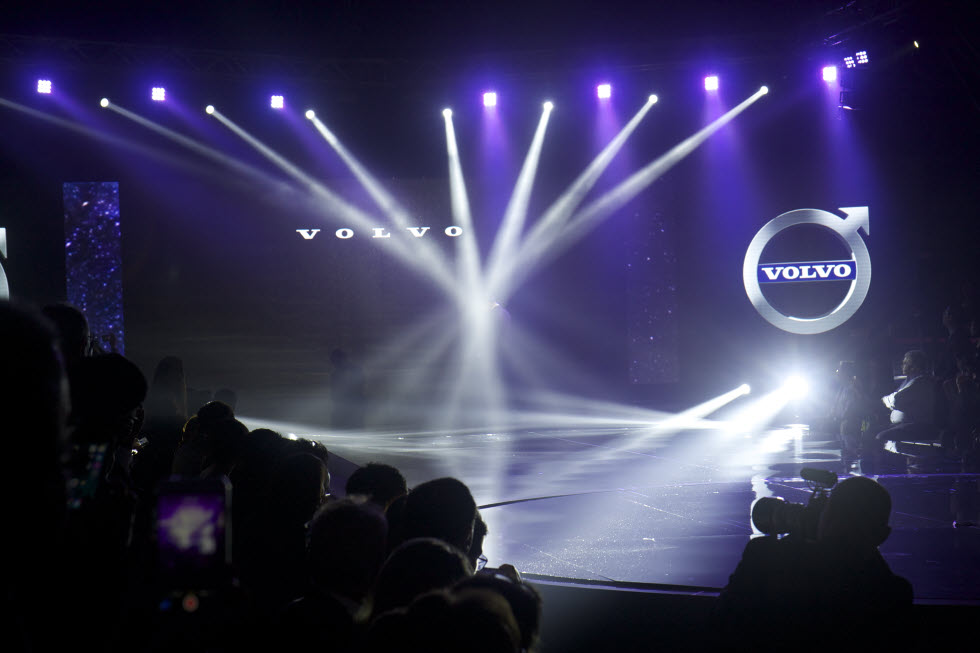 “Today we are launching XC90 and it’s also the very day that we embark on this first chapter for Volvo’s new journey. Volvo XC90 is first-class; it’s the one to start our new major transformation with the brand positioning and future direction.”

“The XC90 is an exceptional true seven-seat SUV and has been the most luxurious Volvo ever built.”

After three years of development the XC90 was upon its world premiere the first model in the new Volvo generation based on its new Scalable Platform Architecture (SPA) and Drive-E powertrain family, and part of a USD 11bn investment programme.

Annette continued to bring attention to the unparalleled safety that is standard for Volvo. “It does not only represent class and luxury but also our commitment in safety – something that Volvo always has been a leader in. Back in 1927 when Volvo started our two founders said: ‘Cars are driven by people; therefore everything developed by Volvo is and must remain safe.’ We keep the human being in focus to protect everything that is important to you.”

The strength in Volvo’s positioning in safety is innovation, where the new XC90 is the first model that comes with IntelliSafe – our new smart system that will detect drivers, passengers as well as pedestrians, prevent accidents and to lessen impact when accidents do happen.”

“The new technologies will take us a significant step closer to our vision that no one will be killed or seriously injured in a new Volvo car by 2020.”

“With the cutting-edge technology in our luxury flagship model, we are confident that our XC90 will make our customer’s live easier, more comfortable, safer and more environmentally friendly.” 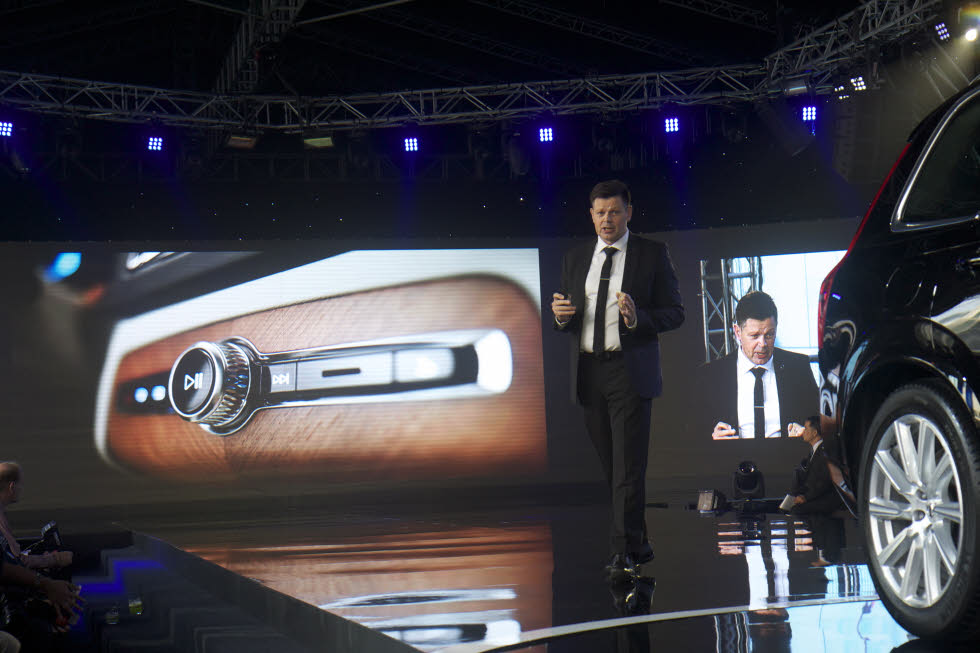 Following on Anette, Program Chief Designer Jonathan Disley highlighted in detail the design features of the all-new Volvo. He referred to Volvo’s strong Scandinavian design traditions with references to key elements of Swedish lifestyle: the generous space, the celebration of light and the focus on wellbeing, as well as and the demands on car design from the harsh Nordic winter climate.

The overall impression, both exterior and interior, has a strong connection to key Swedish elements, said the XC90 designer.

‘Since 1959’ is engraved on the safety belts, based on the three-point safety belt innovation that Volvo gave to the world back in year 1959.

XC90 is the first of its cars to carry the company’s new more prominent iron mark, which has the iconic arrow elegantly aligned with the diagonal slash across the grille.

Together with the T-shaped ‘Thor’s Hammer’ DRL lights, the iron mark introduces an entirely new, distinctive and confident face for Volvo’s forthcoming generation of cars.

The XC90’s larger bonnet with its new topography, the beltline and the sharpened shoulders connecting with the tattoo-like, new rear lights are other important design signatures that will be mirrored across the range. Among the XC90’s IntelliSafe technologies demonstrated include protection in a run-off road scenario, and automatic braking.

Interior-wise, the most striking feature is a tablet-like touch screen control console, which forms the heart of an all-new in-car control system. This system is virtually button free and represents an entirely new way for drivers to control their car and access a range of Internet-based products and services. It also helps create an interior that is modern, spacious and uncluttered.

“If you make the technology intuitive, easy to use and easy to find you will use it every single day. The technology in the Volvo car is there we make your car easier to handle.”

The XC90 also features one of the top audio systems available in the automotive world, by renowned British audio equipment company Bowers & Wilkins.

Norway to vaccinate all foreign seafarers in Norwegian ports

DABS invite to Coffee Meeting webinar: “Mediation as a Method of Dispute Resolution”

The Norwegian Embassy marked World Clean up day in Bangkok

Volvo Philippines has earned its safety seal certification from DOLE