The Chinese Embassy in Sweden demands an apology from Swedish television after a satire shown featured an incident with Chinese tourists being denied staying in the lobby of a Swedish hostel. 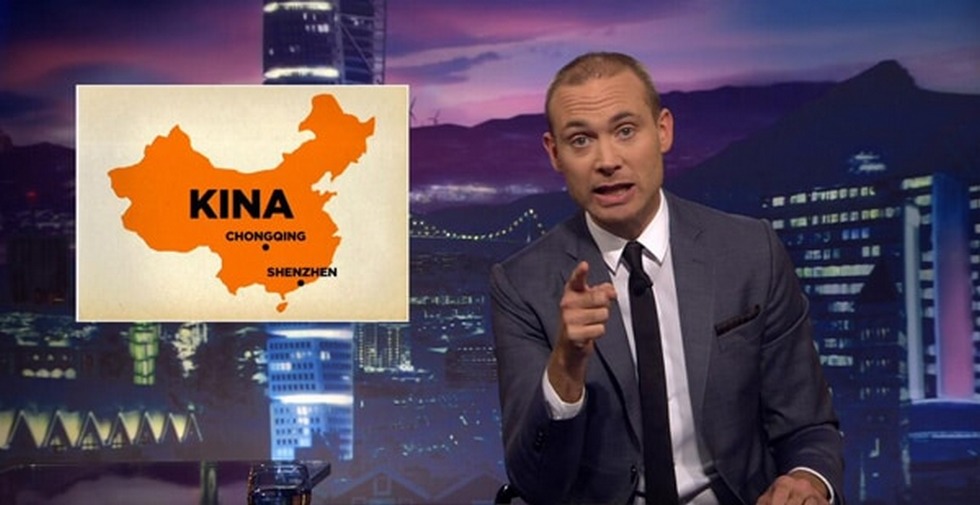 On 21 September the satire show ‘Swedish News’ on the Swedish television channel SVT featured an incident with Chinese tourists earlier this September. The Chinese tourists were denied staying in the lobby of a Swedish hostel after they arrived the day before their check-in.

The Chinese Embassy in Sweden has released two statements after the program was shown.

In the first statement published the day after the program aired, the Embassy said that the program “outrageously insulted China”.

The Embassy also criticized the program leader Jesper Rönndahl:
“Jesper Rönndahl made comments that amount to a gross insult to and vicious attack on China and the Chinese people. We strongly condemn it and have lodged a strong protest to SVT”.

Furthermore, the Embassy also criticized a map of China shown during the program:
“The program also referred to a wrong map of China where China’s Taiwan province and some part of the Tibet region were missing, which severely infringes on China’s sovereignty and territorial integrity.”

In response, SVT entertainment chief Thomas Hall said: “I think it is so apparent that this is comedy, assuming that you know Swedish. But at the same time I understand that if you don’t know Swedish it is possible to misunderstand.”

That lead the Chinese Embassy to release another statement on 25 September:
“Such statements are nothing but making up excuses and evading the point. We will never accept such an ‘apology’ “.

The incident with the Chinese tourists happened on 2 September. Three Chinese tourists were refused permission to wait in the lobby of a Swedish hostel after arriving a day earlier than their booking. According to one of the tourists, the hostel called the police who removed them from the lobby. Since, the incident has attracted wide attention from China.