While the Philippines has been cleared the European Commission decided on 21 April to put Thailand on formal notice for not taking sufficient measures in the international fight against illegal fishing (IUU). Deeply disappointed about the decision, Thailand is now given only six more months to comply.

“As a result of a thorough analysis and a series of discussions with Thai authorities since 2011, the Commission has denounced the country’s shortcomings in its fisheries monitoring, control and sanctioning systems and concludes that Thailand is not doing enough,” states the European Commission. 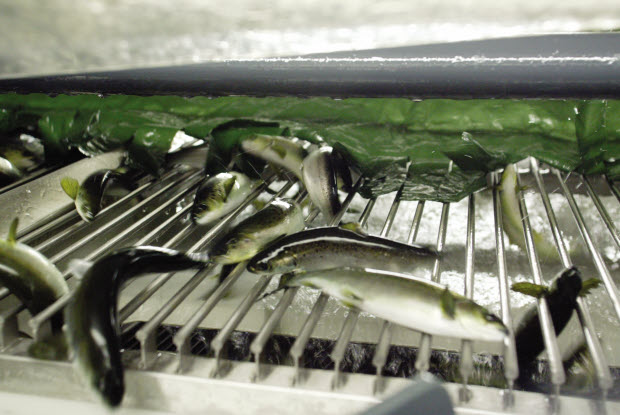 European Commissioner for Environment, Maritime Affairs and Fisheries, Karmenu Vella, stated: “Our EU rigorous policy on a harmful practice such as illegal fishing, together with our genuine capacity to act, is paying off. I urge Thailand to join the European Union in the fight for sustainable fisheries Failure to take strong action against illegal fishing will carry consequences.”

The decision to issue a yellow card is the start of a formal procedure of dialogue with the Thai authorities to make them take the necessary corrective measures. They will be given six months to implement a corrective tailor-made action plan.

Should the situation not improve, the EU could resort to banning fisheries imports from Thailand. Such measure was taken in the past with Belize, Guinea, Cambodia and Sri Lanka. Imports from Belize were banned last year but due to the reforming efforts of the authorities they are now allowed.

“Thailand is deeply disappointed at the EU’s decision. The Royal Thai Government is now firmly seizing the issue. It matches words with deeds by structural changes, law amendments and passage of new laws, prosecution, and preventive measures as major instruments. More importantly, the EU’s decision reflects its failure to recognise the longstanding cooperation between Thailand and the EU’s competent authorities,” said a statement from the Thai government.

On a more positive note, the European Commission has acknowledged that the fishing nation the Philippines has carried out appropriate reforms of their legal systems and is now equipped to tackle illegal fishing.

Commissioner Vella noted that; “By using our market weight the EU is getting important players on board. Both Korea and the Philippines have taken responsible action, amended their legal systems and switched to a proactive approach against illegal fishing”.

Since it was issued with a warning, the Philippines embarked on a series of reforms to upgrade its fisheries governance. Its legal systems are now aligned to international law.

“Although the yellow card does not introduce trade sanctions on European imports of Thai fishery products, it has been a source of grave discouragement that the EU chose to ignore the very earnest efforts of the past six months by the Royal Thai Government in addressing all issues which once were deemed the causes of IUU fishing,” responded the Thai Government.

“Thailand calls on the EU to take into account Thailand’s substantial and tangible progress in combating IUU fishing. The EU’s assessment must be transparent, fair, non-discriminatory, and based on accurate facts and latest developments.”

However, Thailand will continue to cooperate with the EU to combat IUU activities and promote sustainable fishing.

“In light of the progress made and the Thai government’s genuine intention, Thailand urges the EU to remove the yellow card at the earliest opportunity.”

“The Royal Thai Government takes allegations of IUU fishing very seriously, and has done so for years. Efforts to tackle illegal fishing and improve the sustainable management of marine and aquaculture environment are a top political priority. These efforts will continue and are led by Thai officials at the highest levels of government.”

Background
Between 11 and 26 million tonnes of fish, i.e. at least 15% of world catches, are caught illegally every year. This is worth between 8 and 19 billion euros. As the world’s biggest fish importer, the EU does not wish to be complicit and accept such products into its market. The so-called ‘IUU Regulation’, which entered into force in 2010, allows access onto the EU market only to fisheries products that have been certified as legal by the flag State concerned. When flag States are unable to certify their products, the Commission starts a process of cooperation and assistance with them to help improve their legal frameworks. The milestones of this process are the warnings (yellow cards), the green cards if issues are solved and the red cards if they aren’t – the latter leading to a trade ban.

Fisheries products caught by vessels from Sri Lanka, Guinea and Cambodia are banned from being imported into the EU. Belize was withdrawn from the black list in December 2014, after it adopted lasting measures to address the shortcomings of its fisheries systems.

The fight against illegal fishing is part of the EU’s forceful drive to ensure sustainable ocean governance and to project globally the principle of sustainability, enshrined in the Common Fisheries Policy.