Prime Minister of Finland, Juha Sipilä, met with President of the People’s Republic of China, Xi Jinping, in Beijing on Monday 26 June 2017. Sipilä and President Xi discussed the bilateral relations between Finland and China and topical international questions.

During their meeting, Prime Minister Sipilä and President Xi focused on President Xi’s visit to Finland in April and the Joint Declaration signed during the visit. Based on the visit and the declaration, concrete projects are now under way that Finnish companies are prepared to join.

“Finland is very satisfied that one of the agreed pilot areas of cooperation is clean and smart city solutions.  We also discussed cooperation opportunities in, for example, the energy sector, cleantech solutions and education,” Prime Minister Sipilä says.

“In addition, President Xi and I discussed the opportunities that the winter sport theme year of 2019 between Finland and China will offer for Finnish companies,” Minister Sipilä notes. 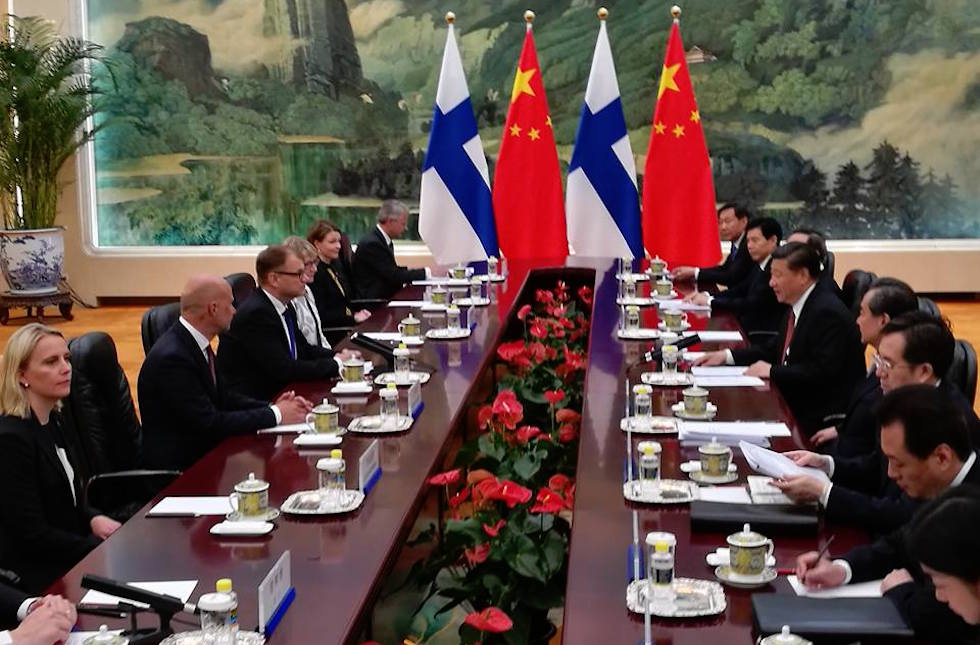 Prime Minister Sipilä is accompanied by a high-level business delegation with representatives from 47 Finnish companies and organisations. Several cooperation agreements between China and Finland will be signed during the visit.

“In the discussions with President Xi, I also touched upon China’s significant role as an advocate of free international trade and the Paris Agreement on Climate Change,” Prime Minister Sipilä says. “Additionally, we noted that the relations between the EU and China are developing in a good direction.”

On 26 June, Prime Minister Sipilä had a meeting with Hu Huaibang, Chairman of the China Development Bank, CDB, and with Chen Jining, Acting Mayor of Beijing.

Sipilä also met with Premier of the State Council of the People’s Republic of China, Li Keqiang, on 27 June at the World Economic Forum in Dalian.