Sweden has a vivid history of innovation since the 17th century and has been continuously ranked among the top countries renowned for Innovation in the world. On 25 August, 2015 the Embassy of Sweden in Vietnam participated in the launching ceremony of the second phase of the Vinasoy factory in Bac Ninh. With most modern technologies and automated packaging solutions from Swedish company Tetra Pak, Vinasoy’s total investment is 1.280 billion Vietnamese dong. Vinasoy Bac Ninh is expected to annually produce 180 million soya milk for the Vietnamese market.

Erik Wallenberg invented the Tetra Pak as a storage solution for packaging and distributing liquid foodstuffs such as milk and juice. The businessman Ruben Rausing later developed and produced the cartons, the most ubiquitous being the Tetra Brik of 1969. 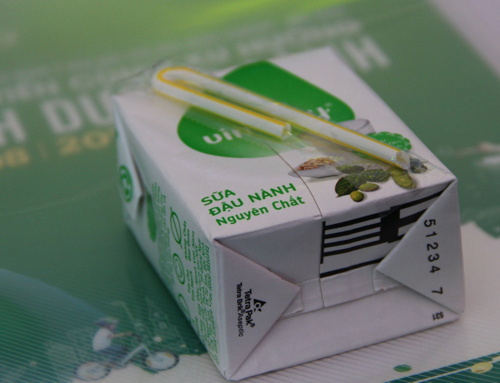 For Vinasoy the story began in 1997. At that time, a milk production facility was inaugurated under the auspices of the Quang Ngai Sugar Company and called simply the Spring Factory — underlying aspirations for an eternal spring in the Asian business sense. With initial capital of 60 billion VND, the factory was outfitted with the latest equipment from the Swedish firm Tetra Pak and manned by a workforce of 100 to produce 10 million litres of soymilk per year. The company’s core products at the time were pasteurized milk, yogurt and ice cream, with the Fami soymilk brand just a single brand in a wide range.

The facility boasts a surface area of over 60,000 square meters and is also rated for quality assurance to the international standards of ISO 9001:2008, HACCP. 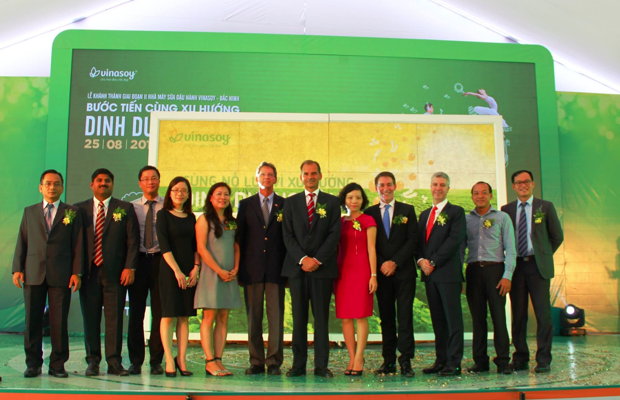 With output at over one billion soymilk packs per year, equivalent to the demand input of 14,000 tons of soybeans, the production facility represents the endpoint of a supply chain encompassing 7000 hectare of farmland. This in turn guarantees income and quality of life for farmers in many parts of the Red River Delta, as well as providing a source of food for cattle and other reared animals from the estimated 20,000 tons of soy waste.