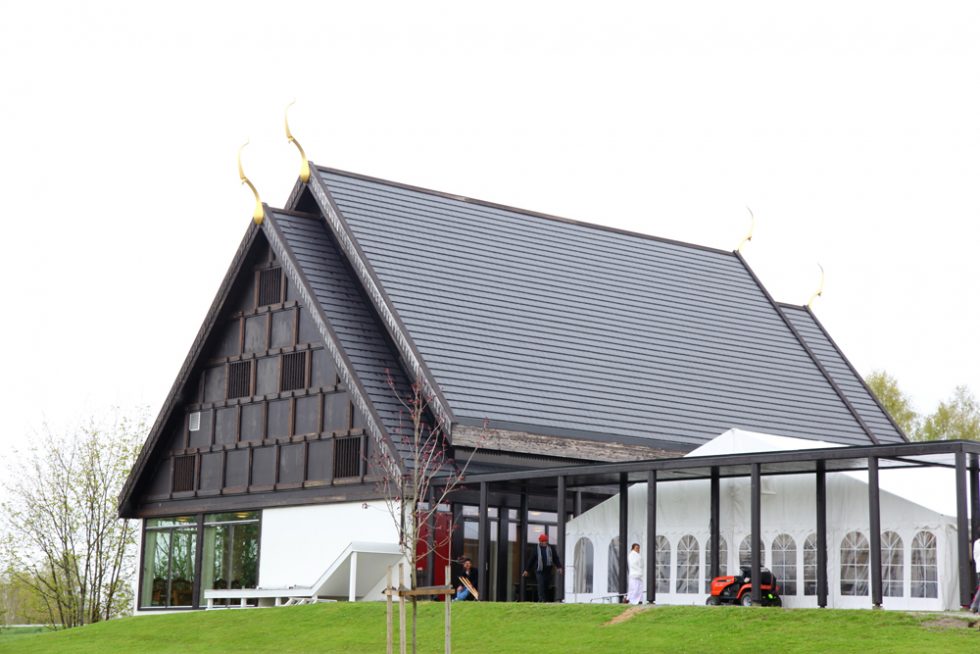 In the Frogner District near Kløfta in Akershus in Norway you will find a Thai-Norwegian temple. It has been there for almost 25 years, but it has not been an official Thai cultural center, until August 2016. After nearly 25 years, the temple, Wat Thai Norway, gained official status as a Thai Cultural Center.

As the last stop on his European tour, Thailand’s Minister of Culture, Vira Rojpojchanarat, visited Wat Thai Norway in Frogner to inaugurate the temple as officially a Thai Cultural Center.

The Minister of Culture’s entourage consisted of a handful of staff members and Thai journalists, and also the Thai Ambassador to Norway, Jukr Boon-Long, and the Mayor of Sørum, Marianne Grimstad Hansen, came to visit the temple.

After greeting the monks and a large number of festively dressed Thais, a ceremony of music, dance and speeches took place, and Marianne Grimstad Hansen gave a speech to the more than one hundred attendances.