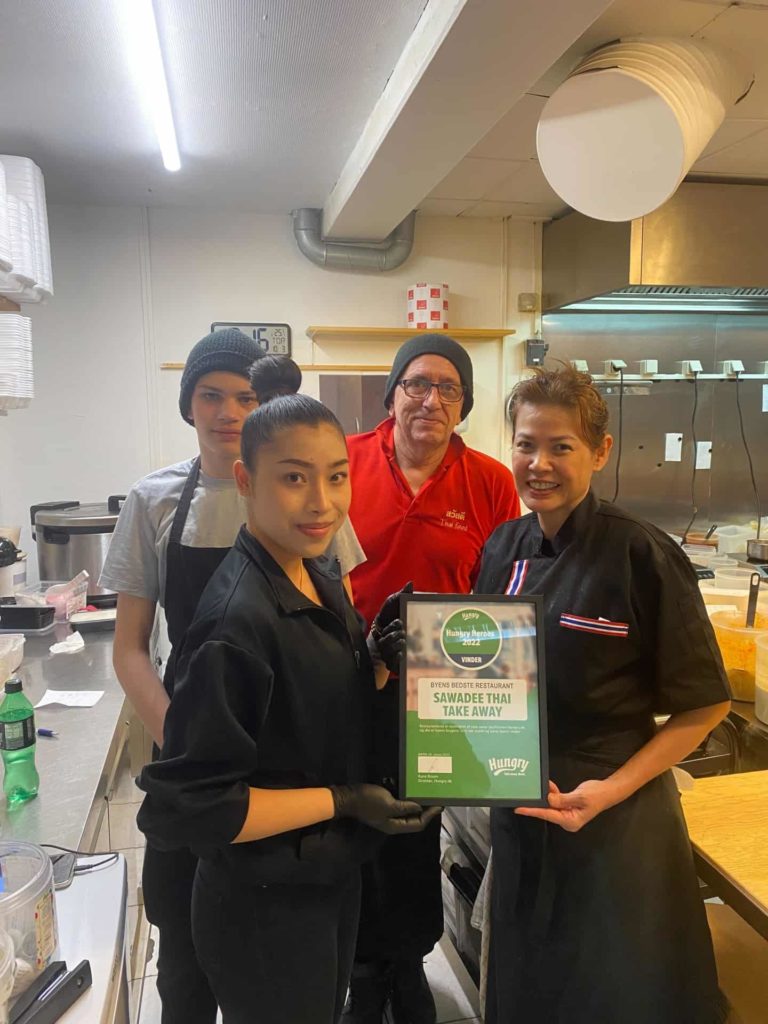 Sawadee Thai Take Away has won the award as the best takeaway restaurant of the year in the Danish city of Kolding, according to the result of a poll among customers on the takeaway portal Hungry.

Sawadee Thai Take Away earned first place with 20 percent of the votes ahead of Burger King as customers answered the question: “Who makes the best quality takeaway food and delivers on time?”.

The Thai owner of Sawadee Thai Take Away, Praneerat Christensen is very proud of the award and says to JydskeVestkysten, “The customers’ recognition is the best you can achieve, so it obviously makes us extra proud. We work hard every day to maintain our high-quality level and fast delivery times, and when it is rewarded, your everyday life just gets an extra boost.”

It is the nationwide takeaway portal Hungry, which each year, based on customer reviews on Hungry’s website and in the app, selects the most popular restaurants. Then the city’s users vote for their favorites.

About the award, the CEO of Hungry, Rune Risom explains, “The competition is put together in such a way that users vote among the most popular restaurants in Kolding. The final winner is therefore entirely up to the takeaway customers to decide. And in a year where take away has once again won big, we have again this year broken the record and had the highest number of participants in the poll ever.”