The largest investment up to now for the Finnish flagship carrier positions its competitiveness for many years to come. Come 30 May 2016 five years will have passed since Finnair launched its direct connection to Singapore, and as this date is approaching the Nordic airline has already embarked on its perhaps most pivotal chapter up to now: the introduction on long-haul routes of the next-gen airplane Airbus A350 XWB.

Finnair’s Singapore team are eagerly awaiting the Airbus 350 to be delivered for traffic also on this key route, further connecting Southeast Asia, and linked destinations beyond, with Europe, via its Helsinki hub.

The fact that Finnair’s very first A350 was put into traffic on an Asian route – Shanghai – speaks volumes about the importance of the Asian network for Finnair, with this plane as the challenger in terms of “tapping traffic demand between Europe and Asia”.

The first Airbus A350 delivered (as first European customer) to Finnair entered into long-haul service in November last year, followed by Beijing, Bangkok and with Hong Kong and Singapore next after that.

“We intend to double our Asian traffic by 2020, and increase our cargo capacity up to 50% by 2020. Our strategy is based on growing markets in Asia and this has not changed. Besides opening new routes there, our latest product offering are the Airbus A350s to our long haul routes,” begins Nick Naung Naung, Country Sales Manager Greater Singapore (including Malaysia and Indonesia). 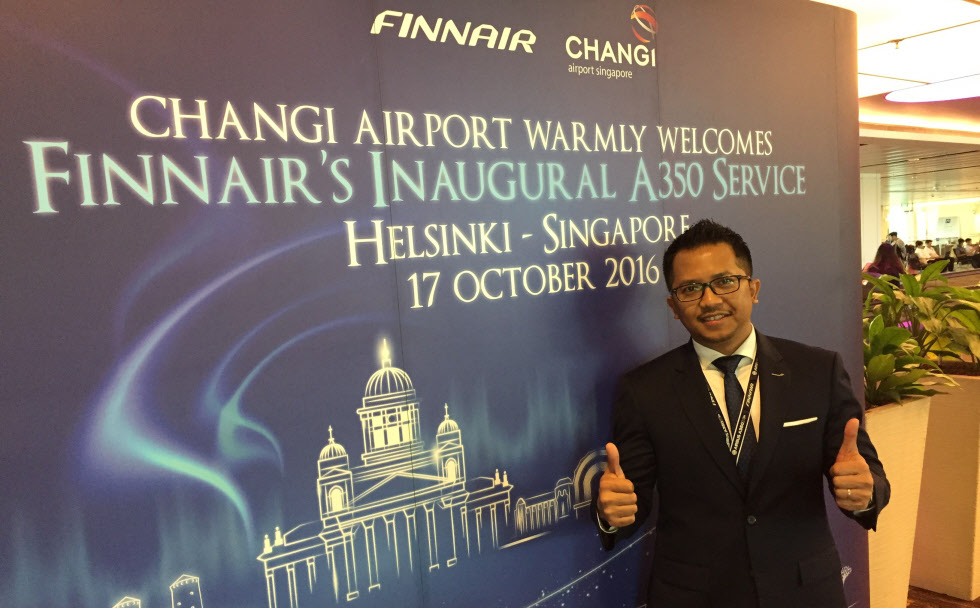 “These aircrafts will be the backbone of our strategy; unrivalled cost- and fuel efficiency, customer comfort and capacity increase all in one package. This aircraft will enable growth both in our passenger as well as in cargo traffic.”

The extra wide body of the A350 provides the additional cargo capacity.

The company has ordered a total of 19 A350’s, making it the biggest investment in Finnair’s history.

As for the Singapore route, it is already doing well, prior to the A350 launch.

“Our report card has seen good year-on-year growth for the past years. The route has been very busy with good load factors averaging 85% all year round, with the majority of the contribution coming from Finland, Australia and Singapore passengers. We indeed also carry other Europeans across the network from/to Singapore and are increasingly seeing traffic from Malaysia and Indonesia feeding into this route as well. For the Bangkok route, the majority of contribution comes from Finland and Scandinavia, especially during winter season, and a wide mix of Europeans from across the continent during the rest of the season,” Mr Nick details.

“Winter has been one of the peak periods for Finnair’s traffic to Europe or vice versa and that’s why we operate double daily flights to Bangkok during this period. In addition, we have seasonal flights from Helsinki to Phuket and Krabi during the winter period to cater for holiday makers from Finland and Scandinavia.” 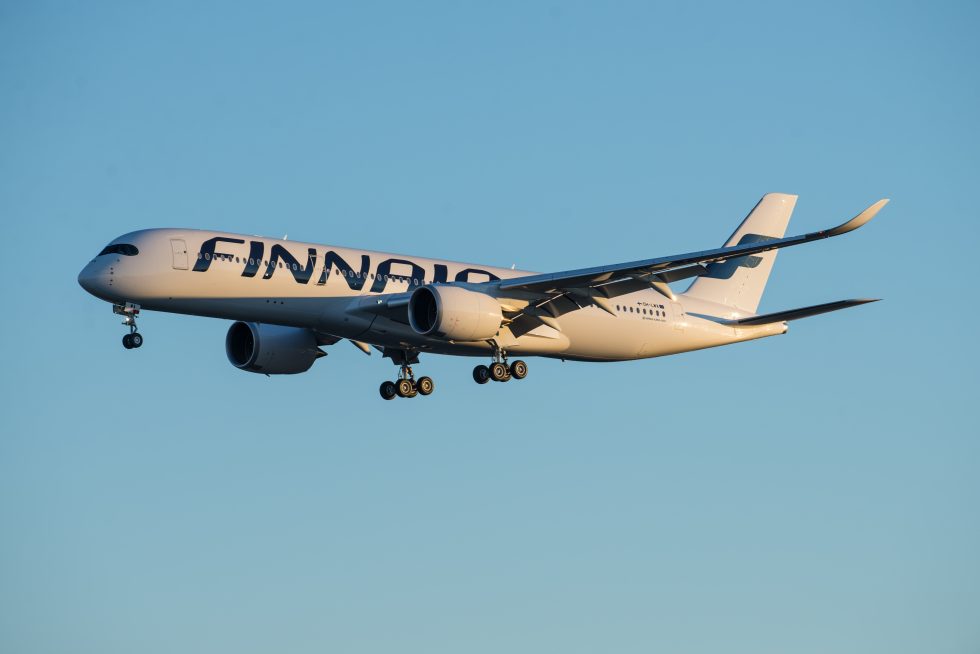 According to Finnair’s CEO Pekka Vauramo the growth of their long-haul capacity will also create a need for increased feeder traffic capacity between Helsinki and our European destinations.

“Our roll-out of A350 aircraft saw us move to a new phase of growth. It is the future of flying and will give our passengers a completely new and enhanced travel experience.”

2016 is seeing fierce competition on price on long haul flights, where all major airlines are taking part. Lower fuel price is the driving force.

The fall in fuel prices, which began slightly over a year ago, continued in 2015, reported the CEO in February.

“Nevertheless, its impact is not yet fully reflected in our result due to our hedging policy. For this reason, we estimate that our fuel costs will decline further in the coming quarters in spite of increasing traffic volume, which will support our performance in 2016. Our goal is profitable growth, which requires not only revenue growth through the introduction of new routes, but also a constant focus on developing our services in a cost-efficient manner,” he said.

“We are heading in the right direction, and we will now look to accelerate our profitable growth. We hit a new record in the number of passengers: more than 10 million passengers flew with us in 2015. Despite of the demand outlook for passenger and cargo traffic in Finnair’s main markets involving renewed uncertainty, Finnair estimates that, in 2016, its capacity and revenue will grow,” he forecasted.

Direct sales is also increasing, which benefits both the airline and its customers.

“As you know direct bookings are direct customers and it is less expensive than going through the third party or other channels,” comments Nick. “Our direct sales are one third of our total channel sales, while individual, groups and corporate businesses making up the rest.” “The Corporate Programme also enables direct bookings online, or they can also use their travel agencies.”

Introducing the A350, customised by Finnair, further Nick highlights: “Most airlines will also have the A350 very soon so we want to stand out from the rest by having a unique Nordic experience. In a nutshell, as you go on board, you are welcomed by these clouds inside the cabin, with mood LED lighting, which gives you a kind of the clear Nordic sky. And our interior cabin comes with our award-winning Finnish design; giving you a very spacious feeling. And the uniqueness of the A350 is the advanced air filtering system, which every 2-3 minutes changes the cabin air. This is a really good, unique product of this aircraft and that really relates to our offering of a Nordic experience; having fresh air in the Nordic.”

The cabin air will be closer to the sea level air pressure – with a positive result.

“Especially on long-haul, passengers do not feel tired. My colleagues who flew with the plane gave awesome feedback, saying that they still feel fresh after the flight.

The light ambience can also change to suit the time of day, with 24 different combinations, it should be added.

Other key components in the plane are: The Nordic Sky entertainment system (uniquely branded channels including the best programmes from the BBC, the National Geographic Channel and the Discovery Channel) that is also a central part of the cabin’s interior design, display on the screen the ambient mood lighting in harmony with the cabin; a quieter flight than on previous aircraft, thanks to new Rolls Royce engines that reduce noise both inside and outside the airplane; and the on-board Wi-Fi portal service.

In addition to the landmark introduction of the new Airbus, Finnair is preparing for a launch of ‘Stopover Finland’. “Visit Finland and Finpro will launch the Stopover Finland product this spring and Finnair is the main partner in this initiative. Stay tuned!”

Also, every customer will have noticed Finnair as the official airline of Santa Claus.

“We send Santa Claus on his World Tour to different Finnair destinations (mainly in Asia) each year. Singapore and Southeast Asia in general has been showing growing interest for Lapland holidays, especially with our Singapore-Helsinki direct flights,” explains Nick.

To broaden the offer to explore Finland stopover packages from 5 hours to 5 days will be offered to Finnair’s travellers.