While Southeast Asia is eagerly awaiting the XC90’s arrival, Volvo Cars has unveiled “the most luxurious vehicle ever built by the Swedish company in its 88 year history” at the Shanghai International Automobile Show – the XC90 Excellence.

Volvo’s designers and engineers have crafted this top-of-the-line XC90 version to offer customers a distinct and individual automotive experience that incorporates the latest Scandinavian innovations in design, refinement, comfort and style. The XC90 Excellence, described as “an elegant and refined four-seat version of its recently launched XC90”, is based on Volvo’s all-new XC90, which has seven seats, creating an enormous amount of additional space for rear seat passengers that helps to deliver an exceptional customer experience.

“This is our new flagship car,” said Thomas Ingenlath, Senior Vice President, Design. “We have created the ultimate luxury experience of Scandinavian design. Volvo has never launched a car like this before. This is the car that demonstrates what the name Volvo now means.”

“What we have designed is amongst the best rear seat experiences available in a luxury car,” said Mr Ingenlath. “The result is a superlative environment for relaxed comfort or doing business.”

The XC90 Excellence also comes with an integrated ionic air cleaner in the CleanZone climate system. The Excellence version will be available globally later in 2015.

The XC90 Excellence incorporates all the features that underpin the XC90’s ongoing success, such as world leading safety features, new powertrain technologies and an unrivalled combination of power and fuel efficiency.

The all-new XC90 has meanwhile proved to be extremely popular with customers seeking a luxury SUV, with over 24,000 ordered before it has even reached Volvo showrooms. Back in August 2014 the First Edition of the all-new Volvo XC90, 1,927 individually numbered cars, were sold out in 47 hours.

In Southeast Asia the wait is long for keen buyers of this new Volvo generation, in part due to the strong demand elsewhere, in particular in Europe.

Deliveries to customers from the Torslanda plant in Sweden have commenced during the spring of 2015. At the assembly in Malaysia Volvo expects to have this hotly anticipated XC90 on the market in September

The new XC90 marks the beginning of a new chapter in Volvo’s history, capturing its future design direction, incorporating its own range of new technologies and utilising its new Scalable Product Architecture (SPA) technology and Drive-E powertrain family. 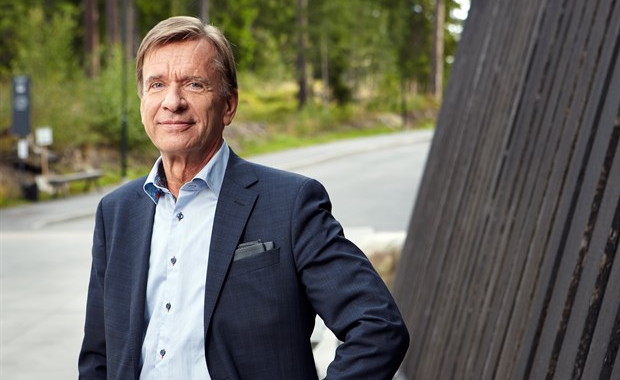 “We are not just launching a car, but re-launching our brand. The XC90 paves the way for a portfolio of exciting new cars to come in the following years,” said Håkan Samuelsson, President and CEO of Volvo Car Group, upon launch.

The XC90 is also the first of its cars to carry the company’s new more prominent iron mark, which has the iconic arrow elegantly aligned with the diagonal slash across the grille. The XC90’s larger bonnet with its new topography, the beltline and the sharpened shoulders connecting with the tattoo-like, new rear lights are other important design signatures that will be mirrored across the range.

“The overall impression, both exterior and interior, has a strong connection to the key elements of the Swedish lifestyle: the generous space, the celebration of light and the focus on wellbeing,” said Mr Ingenlath.

“You get the in-command feel, generous interior space and flexible capability combined with the agility and smooth comfort of a much smaller and lower car. The adrenaline rush that is key to true driving pleasure is delivered by powertrains that offer an unrivalled combination of power and clean operation. And since the XC90 carries the Volvo badge, world-class safety is standard,” said Dr Peter Mertens, Senior Vice President, Research and Development of Volvo Car Group.

“The top of the range XC90 Twin Engine, which combines a two-litre, four-cylinder supercharged and turbocharged petrol engine with an electric motor, offers an unrivalled combination of power and clean operation: around 400 horsepower with carbon dioxide (CO2) emissions of around 60 g/km (NEDC driving cycle),” describes Volvo. The XC90’s interior is “the most luxurious to have been designed for a Volvo. The most striking feature is a tablet-like touch screen control console, which forms the heart of an all-new in-car control system. This system is virtually button free and represents an entirely new way for drivers to control their car and access a range of Internet-based products and services. It also helps create an interior that is modern, spacious and uncluttered.”

The XC90 is firm evidence of the Volvo-by-Volvo strategy. Its outstanding combination of luxury, space, versatility, efficiency and safety will bring the SUV segment into a new dimension.

In 2014 the car set a new annual sales record of 136,993 retail units sold around the globe. The XC60 has global appeal and is not just popular in Europe. In China, the XC60 has been Volvo Cars’ best-selling model in recent years.