Danish Minister for Foreign Affairs Mr. Kristian Jensen has completed an official visit to Vietnam on 11 – 12 October, covering both Hanoi and Ho Chi Minh City. During the two days the Minister held various meetings with Vietnamese leaders to discuss measures in promoting the bilateral comprehensive partnership. He also visited Danish companies to learn about opportunities and challenges for Danish companies in doing business in Vietnam.

In 2015 Denmark phased out its official development assistance (ODA), which had been going on since 1993. The focus onwards within the Denmark-Vietnam bilateral partnership lies in quality growth, including political dialogue, economic and commercial activities and targeted ODA-projects matching Denmark’s strengths within green growth, food & agriculture, health services, and education to Vietnam’s agenda. These are areas where Denmark and Danish companies enjoy a high level of experience and knowledge, which match Vietnam’s agenda. The Southeast Asian country’s goal is to become a modernized and higher middle income country by 2035. 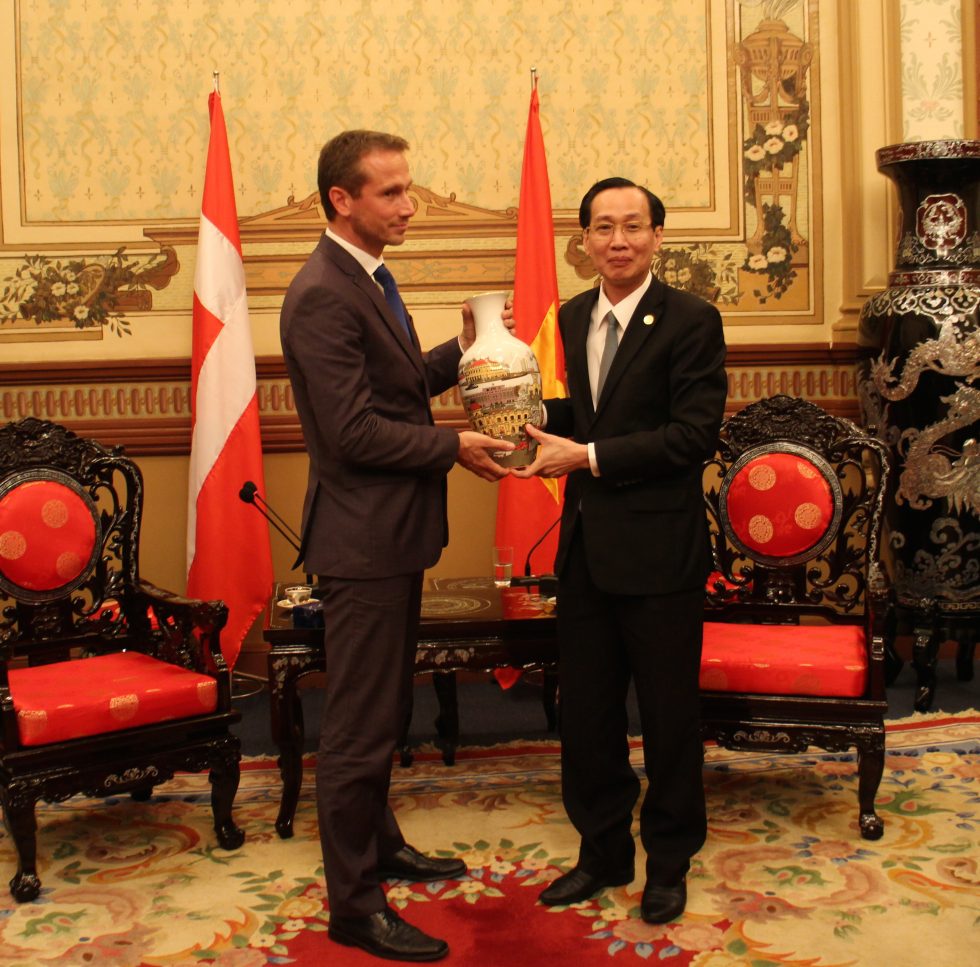 “I am very pleased with my visit in Vietnam. It makes me even more confident that the relationship we have built over the past 45 years of diplomatic relations and the goals we have for sustainable environment and commercial growth will continue to show results in the years to come. Also, the three Danish companies I’ve visited are good examples of how successful business can go hand in hand with corporate social responsibility and production of quality products. It makes me proud to see the high standards Danish companies’ request of themselves,” Minister Jensen concluded, before leaving Ho Chi Minh City.

Wrap up of minister visit:
On the first day Minister Jensen discussed various bilateral and global issues of mutual interest during the meeting with Deputy Prime Minister and Minister of Foreign Affairs Mr. Pham Binh Minh. The minister appreciated the long and outstanding relationship between Denmark and Vietnam, which, after more than 20 years of successful development cooperation, transformed into a comprehensive partnership in 2013. Finally, he had a courtesy meeting with Prime Minister, Mr. Nguyen Xuan Phuc, to promote the bilateral relationship and the comprehensive partnership. In the meeting the Foreign Minister expressed his appreciation of the government of Vietnam for their support to facilitate Danish companies’ setting up business and production in Vietnam.

Minister Jensen also paid a visit to Ngoc Lam Primary School in Long Bien district, where schoolchildren and teachers use the new national system for art education in primary school based upon Danish child-centered pedagogical methods. At the school, he got to see results of Denmark’s engagement in developing Vietnamese children books through cooperation between Danish writers and illustrators, Kim Dong Publishing House and Vietnamese writers and illustrators. 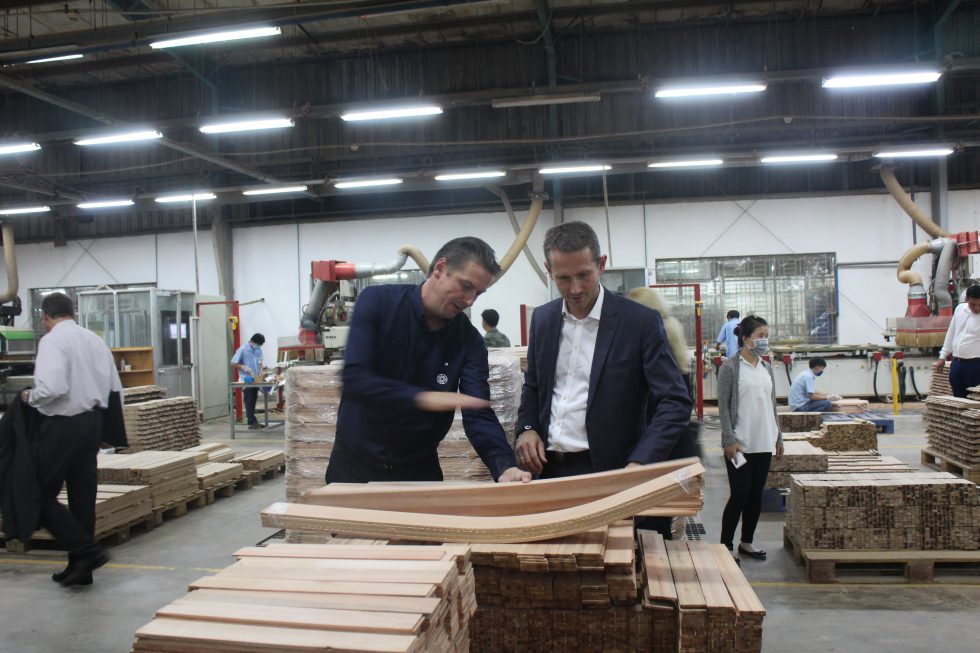 During day two Minister Jensen visited Mascot factory in Hai Duong before leaving for Ho Chi Minh City. Mascot International Vietnam is a subsidiary of Mascot International A/S, Denmark’s biggest manufacturer of high quality work wear and safety gear. The company has three production units in Hai Duong province and one unit in Laos, with 1,800 staff in Vietnam and Laos. Mascot is known for a clear CSR profile and has been awarded with Prince Henrik and Danish Export Association’s award for contribution to the development of commercial cooperation between Denmark and Vietnam.

In Ho Chi Minh City, Minister Jensen visited ScanCom, a Danish outdoor furniture manufacturer. ScanCom’s wood production in Vietnam was launched in 2003 with the initial support from the Danida Private Sector Development Programme. ScanCom has a high CSR profile and has received the Forest Stewardship Council (FCS) certification as the first company in Vietnam. After that a meeting with Mr. Le Thanh Liem, Vice Chairman of Ho Chi Minh City People’s Committee followed, where he expressed hope that Danish companies could support sustainable development of Ho Chi Minh City, and thereby continuing the strong cooperation between Vietnam and Denmark.

Finally, he made a stop at the Danish Osterberg ice-cream shop. Denmark is one of the first European countries to recognize Vietnam in 1971 and is one of the biggest contributors of official development assistance (ODA) since 1993. Danish ODA focused on e.g. water, sanitation, agriculture, environment, and good governance projects and is considered among the most successful of Danish ODA.

The new bilateral partnership has delivered concrete results as the trade of goods between the two countries in 2015 set a new record with an increase in value of traded goods of 44.5% compared to the year before.

During 2016 the 45th year anniversary of diplomatic relations between Denmark and Vietnam is marked with activities in Hanoi and Ho Chi Minh city incl. Danish Film Weeks, establishment of an Alumni Network for Vietnamese who have studied in Denmark and a Gala Performance at Hanoi Opera.