Jakarta Provincial Government learns the lesson after buying rusty buses made in China. Now, as an effort to expand public transportation in the capital city, city government will opt for branded engines made by Scania. As for the bus’ body parts, they will be assembled here in Indonesia. 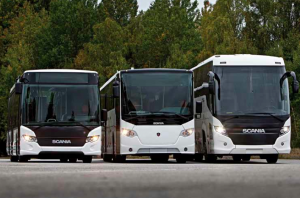 “Vehicle’s body parts will be assembled in Astra. We want to use Scania which is made of aluminum. So, it can be used for 10-20 years, thus cheaper,” stated Vice Jakarta Governor Basuki T Purnama, Wednesday (3/5).

According to Basuki, this discourse is still in planning phase. Regarding the price of each Scania bus, which made in Sweden, it is around Rp 4.7-4.8 billion for trailer bus. “Indeed, its price is more expensive than made in China bus, but the quality is more guaranteed,” he told.

However, Basuki admitted that he is worried there would be another cheating done by irresponsible officials in bus procurement. “The officials could be lowering the unit of the bus’ quality. If that happens, it is better not to buy bus and wait until there are changes,” he asserted.