A preprint study by the medical journal The Lancet finds that children and young adults across the globe suffer from climate and ecological anxiety and distress. The study showed that children from countries that suffer severe impacts of climate change, such as the Philippines, are however much more stressed by the climate crisis than children from a Nordic country like Finland.

The Lancet study, which is the largest of its kind, surveying a total of 15.543 children and young adults between the age of 16 to 25 years old from 10 countries including Finland, the Philippines, the UK, France, the US, Australia, Portugal, Brazil, India, and Nigeria.

The countries were chosen to reflect populations from the Global North and South, representing a range of cultures, incomes, climates, climate vulnerabilities, and exposure to differing intensities of climate-related events, the study said.

Referring to the term Eco-anxiety among the youth, characterized by several painful and complex emotions like worry, fear, anger, grief, despair, guilt, shame, and hope linked to the climate crisis, researchers analyzed the responses of a series of questions.

In addition, a high percentage of respondents said they had negative thoughts due to climate change and 83 percent overall felt that people have failed to care for the planet. 75 percent reported fear for the future, 56 percent felt that humanity is doomed while 55 percent felt that children have fewer opportunities than parents.

Read more about the study and the impacts climate change has on the mental health and morality of children across the globe here. 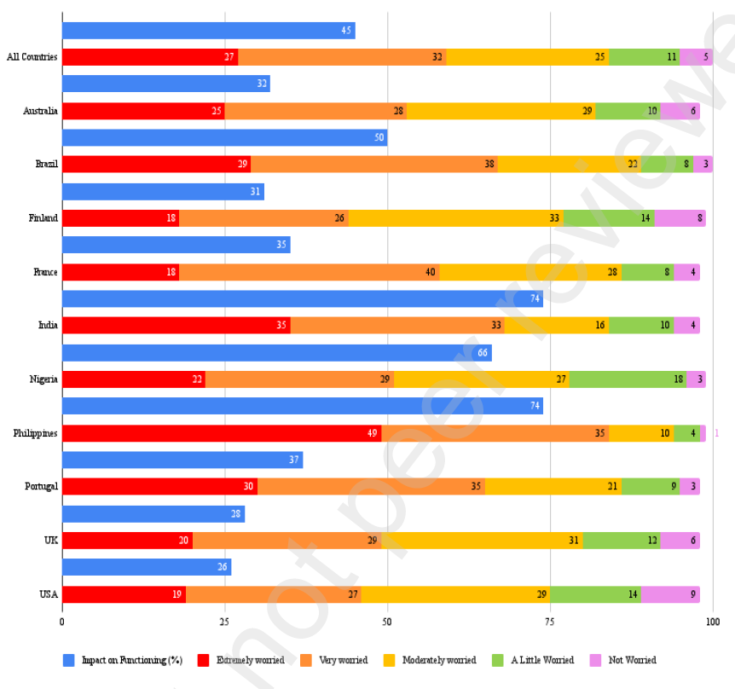