More Finnish citizens died overseas last year than ever before, statistics compiled by the Ministry for Foreign Affairs indicate.

In 2013, the most deadly destinations for Finns according to the statistics were Spain, Thailand, Estonia, Sweden and Australia. The statistics, the ministry reminds, are somewhat distorted by the fact that a number of the deaths occurring in the Nordic countries are never reported to the ministry or Finnish embassies. 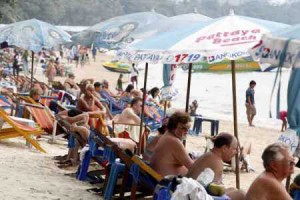 There is a simple explanation for the recent increase in the number of deaths, the Ministry for Foreign Affairs believes. “The main reason is that Finns travel more than before,” states Tanner. Another reason, he says, may be associated with demographics: also elderly Finns are travelling abroad in growing numbers.