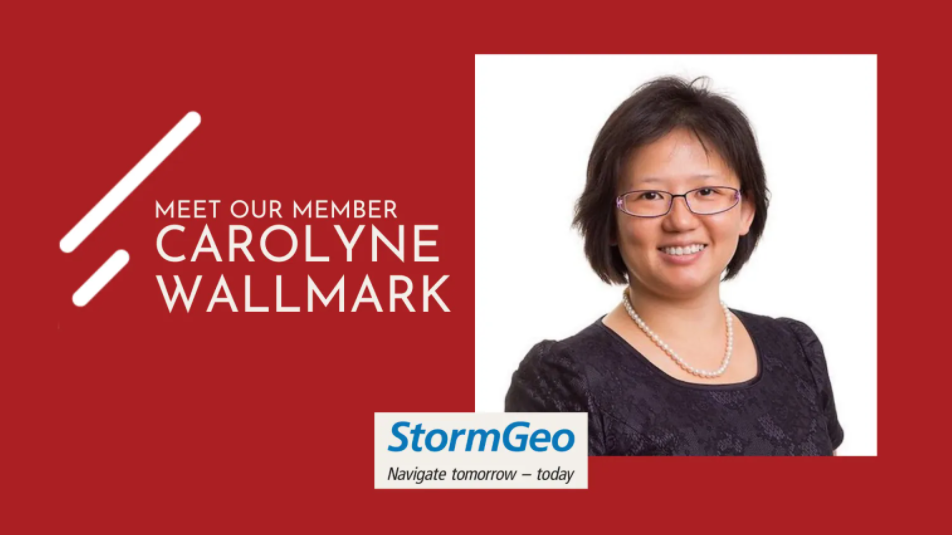 In a recent member focus article, NBAS speaks to Carolyne Wallmark from StormGeos about her upbringing in Singapore and her years living in Scandinavia.

46-year-old Carolyne Wallmark is a native Singaporean Chinese and after completing her Diploma in Maritime Transportation she ventured into the maritime arena. Following 5 years at sea, first as a deck cadet and then as a deck officer, she pursued her degree in Maritime Business and Maritime Law in Plymouth, UK. After graduation, Carolyne worked in Switzerland for a couple of years before moving to Sweden where she was based for almost 10 years before moving back to Singapore in 2010.

Sharing her reflections about cultural differences and differences in ways of doing business in the countries she has the experience from, Carolyne says that there is a marked difference in social and work cultures in the UK, Switzerland, and Sweden.

Amongst other things, Carolyne says:

“Coming from Singapore where food and shopping are available all days of the week, I had a culture shock when I arrived in Europe, where shops are closed after 1 pm on Saturdays and Sunday is literally a day of rest for all.

Similarly, when it comes to work-life balance, in Europe, there is a clear line between work and private life. When folks go away for summer vacation, people respect the time off and do their best not to disturb them.

Language can also be a challenge. I really struggled with language differences during the early days when we moved to Switzerland where if you do not speak French or Swiss-German, getting about can be very challenging.

In Sweden and the other Scandinavian countries, most people are very fluent in English so communication was never an issue.

I have worked with Danish, Norwegians and Swedish companies and the work culture is very different. I find the Danes more direct and decisive when a decision is needed, with the Swedish more consultative and inclusive before a conclusion is reached.

The Norwegians in my opinion, kind of between the scales, in their mediatory but direct approach.

If you put the three nationalities all in one event, like when we used to have the Scandinavian sports day, then I would say my Norwegian friends are the most competitive amongst the three.”

Read NBAS’s full article with more on Carolyne’s upbringing, the difference between Singapore then and Singapore now, her family, and StormGeos here