Long separated from its origins in duels between young European aristocrats, fencing has since expanded to become an electrifying sport that challenges both the mind and body. Following the success of year 10 student Soravit (Ping Ping) Kitsiriboon, NIST International School is expanding support for the sport as it hosts Thailand’s first Falcon Young Fencer Invitational on Saturday, 24 May 2014. The event, aimed to raise awareness of competitive fencing among youth in the region, is open to teams in four different age groups: under 10, under 12, under 14 and under 17. Running the whole day from 9:00 am to 5:00 pm, the event will take place at NIST’s Sports Complex, where over 100 fencers are expected to take part.

The NIST Falcon Fencing Club is the first international school fencing club in Thailand. Having become a member of the Amateur Fencing Association of Thailand (AFAT) in July 2013, it now includes over 30 fencers and has quickly gained recognition for its promising athletes, due in large part to the coaching. Leading the young Falcons is Head Coach Wiradech (Willi) Kothny, a decorated fencing aficionado who holds the distinction of being the only fencing athlete to win medals for two countries: Germany and Thailand. A three-time Olympian, Kothny earned individual and team bronze medals in sabre fencing at the 2000 Sydney Olympics. Additionally, he has taken part in numerous other competitions throughout his career, earning a European championship, world championship and other awards. Returning to Thailand in 2002, Kothny began to build the sport in Thailand and revolutionize it through world-class coaching techniques, while continuing to earn medals in the Asian Games, Southeast Asian Games and Asian Fencing Championships.

In June of 2013 Kothny joined NIST as the head coach, aiming to empower the NIST Falcons to compete on the national and international levels. His message to NIST students and others who would like to fence is simple: perseverance and a good education are the keys to achieving one’s goals, both on and off the fencing strip. He further believes that a positive attitude, discipline, respect and honor are traits that fencers should also develop to reach success. With a growing number of promising fencers at NIST and around the country, and the backing of an Olympian, Thailand may soon find more success on the international stage. 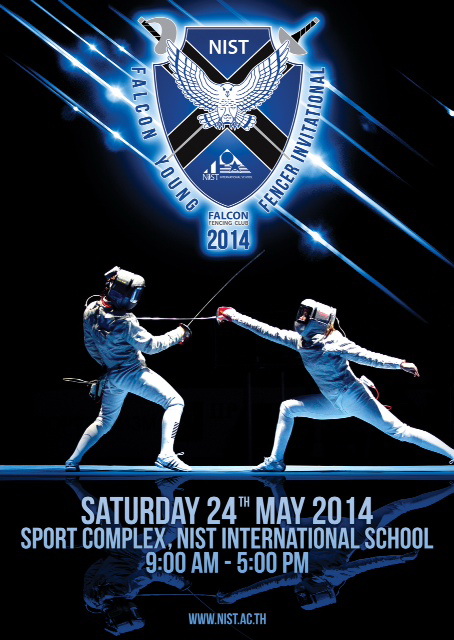