Penang in Malaysia is full of interesting and less interesting museums. Make sure to check out some of them for a different tourist experience. Being a tourist often entails visiting a few museums to brush up on the local history or art scene. But on the island of Penang in Malaysia, museums aren’t necessarily equivalent to a serious history lesson.

While it isn’t a very big island, it is full of untraditional museums such as The Ghost Museum, The Upside Down Museum and The Toy Museum.

No matter what you’re into, there is probably some museum for it in Penang, so make sure to check out, if something stirs your interest when you need a break from the merciless sun.

I’m not much of a museumgoer, but when I saw the range of museums, I decided to visit a few of them. I started with the Camera & Owl Museum. And yes, that is two very different things combined in one museum. Upon entering the Camera & Owl Museum at the top of Penang Hill, my expectations were very low to say the least. I had paid 15 MYR (3 Euros) for the entrance, and the woman who sold me the ticket, seemed surprised that I actually wanted to go in.

However, the camera part of the museum started off quite interesting. You learn about the history of the camera without a lot of reading. If you are just the slightest bit interested in photography, you might find it interesting to see the evolution of cameras and photographs.

You also get to experience a darkroom, which is a room lit by red lighting for development of photographs. Albeit not being very popular these days with everyone taking photos with their phone, it was the way to do it back in the days.

Best as I was learning about the timeline from the thought of a photograph to the modern smartphone, the exhibition came to a sudden stop in the middle of the room. This was the end of the camera part, and the beginning of the owl part.

It almost seemed like two people hadn’t been able to agree on what to put in a museum, so they just ended up dividing the room in two parts.

While there was a bit to learn about cameras, the owls were merely just owls. Mind you, you can find any kind of owl, that you ever dreamt, or never dreamt of. There were bowls with owls, wooden owls, porcelain owls, painted owls, glass owls and teddy owls, just to name a few.

It was probably the weirdest museum I have ever experienced, and it felt less like a museum, and more like I was in the living room of an old couple who had collected owls their entire life. There wasn’t much to learn about the nocturnal bird. If you haven’t had enough of owls at this point, conveniently there is an owl gift shop at the end of the museum. I inevitably reached the shop, where I was shown to the discounted owls.

So much food, no eating

It would be a shame to say that the cameras and owls had exceeded my expectations, so they were equally low for the next museum.

The Wonder Food Museum is located in George Town, and I was immediately drawn to an unrealistically large portion of food outside – of course not real food. Supposedly, Penang is famous for great food having a wide ethnic diversity. I therefore thought it made sense to visit the museum with the large portions of food.

As the museum actually ended up quite interesting, I ended up happily surprised. I assumed it would be a children’s playground with meter-long noodles and gigantic prawns, but it turned out to be a lesson on Penang’s food history – as well as great photo options with large food creations. 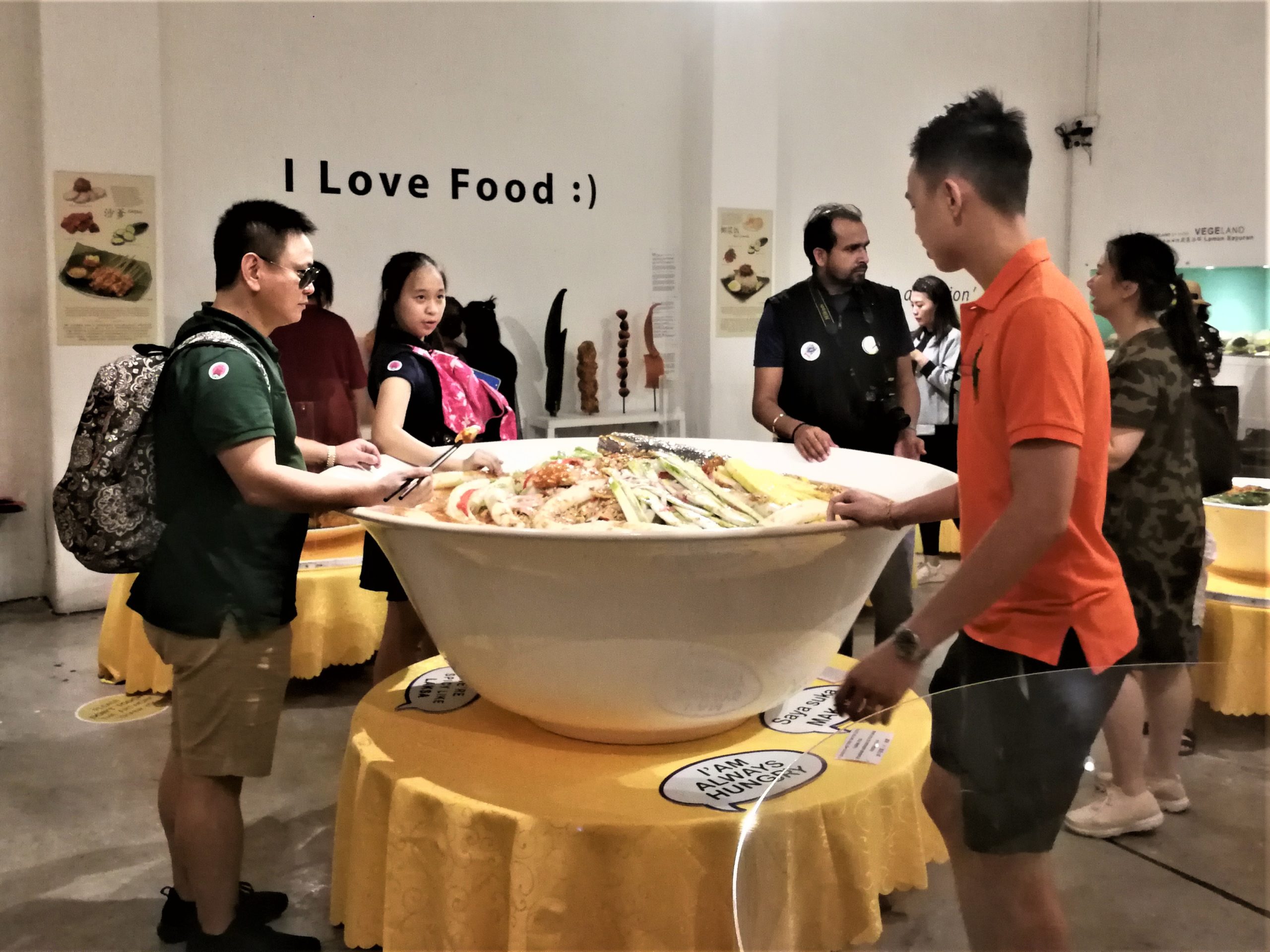 If you are in doubt of what to eat when going to Penang, the museum also provides an overview of popular food and where to find it. As with any great restaurant in Asia, all the dishes are displayed as a shiny replica.

If you dare to look you also get an idea of how much sugar is in some popular foods. Did you know, that a mango contains the equivalence of five teaspoons of sugar? Of course, it’s the good kind of sugar from fruit, so don’t dismiss the sweet delight altogether.

Unlike the Camera & Owl Museum, the Wonder Food Museum ends on a serious note as it offers a valuable lesson on food waste.